The U.S. Department of Homeland Security seal hangs on a wall at the agency's headquarters in Washington.
Photographer: Andrew Harrer/Bloomberg

The Department of Homeland Security will complete its investigation into the treatment of Haitian migrants at the U.S.-Mexico border “in days and not weeks,” Secretary Alejandro Mayorkas said. 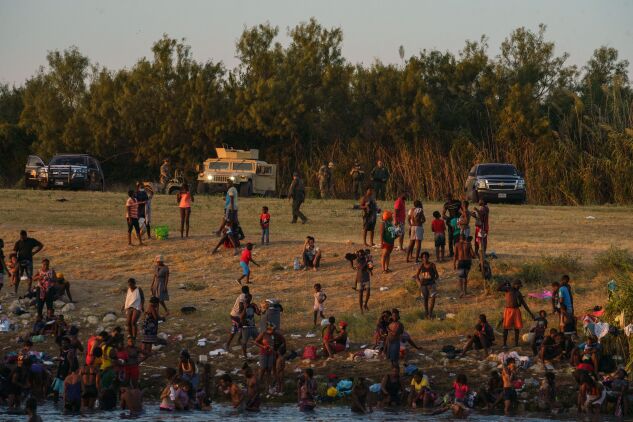 Haitian migrants on the banks of the Rio Grande in Del Rio, Texas on Sept. 20, 2021.
Photo: Paul Ratje/AFP via Getty Images

Mayorkas said the images were “correctly and necessarily met with our nation’s horror.” The incident prompted widespread public outrage and rebukes from the Biden administration’s allies, including Speaker ...