A store stands closed near Wall Street on May 8, 2020 in New York City.
Spencer Platt/Getty Images

There’s been an increase in “tossing the keys” restructurings—private out-of-court deals where the equity sponsor turns over control of the business to the existing lender and walks away. David M. Hillman, co-head of Proskauer’s private credit restructuring group, details five key issues private credit lenders should consider when offered the keys.

Covid-19 has sparked a global recession. Chapter 11 cases are on pace to be about 25% higher than last year, but that is well below the number of cases filed in 2009 at the peak of the financial crisis. These stats, however, do not capture the fact that many restructurings occur in the conference room and not the courtroom.

There’s been an uptick in out-of-court restructurings, especially in private credit deals where lenders have demonstrated their flexibility and expertise to “take to the keys” to implement a quick and relatively inexpensive restructuring. This type of restructuring can be highly effective, but it may not be right for every situation.

Restructurings defy a one-size-fits-all approach. At one end of the continuum is a credit agreement amendment. This approach is fast and cost-efficient, but limited in scope and impact. At the other end of the spectrum is a Chapter 11 bankruptcy case. Bankruptcy is expensive, time-consuming and involves uncertainty by introducing uncontrolled variables, like judges, a creditors’ committee, and the U.S. trustee.

Somewhere in the middle is a scenario where the equity sponsor turns over control of the business—“tosses the keys”—to the existing lenders in a consensual out-of-court transaction. A sponsor may consider “tossing the keys” when the projected path to an equity return is unlikely and, as a result, the sponsor views its equity investment as a lost cause. 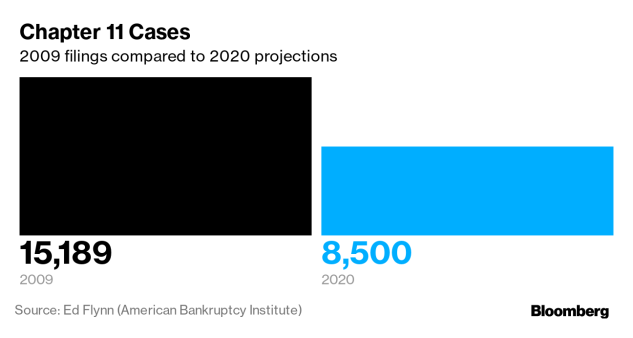 In this circumstance, the potential for protracted restructuring discussions is viewed by the sponsor as a drain on its resources. The lender might consider “taking the keys” if the business is worth saving and it views equity as a means to achieving compensation for the investment of additional capital commensurate with the investment risks.

The following five issues, among others, impact the viability of this restructuring strategy.

Taking control of a business from an equity sponsor is an option that is well suited for a single lender or club deal where all lenders are on the same page and are willing to convert all—or a portion—of their debt into equity.

By comparison, this approach may not be a viable option when the loan facility is widely held or there are minority lenders that are unwilling to convert debt to equity or to invest additional capital. Hold-outs are a problem because taking the keys is almost always accompanied by a consensual conversion of debt to equity and it is typically not possible to effectuate the conversion without the consent of every affected lender.

Taking the keys to a business is viable when the company is not saddled with legacy liabilities (e.g., pension liabilities or litigation claims) because those debts will remain unimpaired. Thus, a lender who takes the keys and converts all (or, more frequently, a portion) of its debt into equity must be prepared to own the company with all other liabilities remaining in place.

“Taking the keys” is a significant step that requires business and legal diligence. Key areas of diligence include:

The Tip and Release Dance

In most cases, the equity sponsor’s willingness to transfer its equity stake to the lender involves a negotiation over two things: an equity “tip” for the sponsor and a release of liability. There are no established rules of thumb here.

While most deals include a release, the form and amount of tip (if any) varies greatly depending on the facts and circumstances, including the existing relationship between parties, the degree of distress, the amount of additional funding required for the business, the circumstances leading to distress and the business need (if any) for the continued involvement and cooperation of the sponsor. Many deals have tips in the range of 2% to 5%, but there are others that fall outside that range based on the circumstances of the particular matter.

Similarly, there are often governance negotiations around the terms of minority protections, if any, offered to the sponsor.

Not every deal is well suited for an out-of-court equity swap, but private credit lenders understand this option and have successfully used this strategy in their restructuring tool box.

David M. Hillman is co-head of Proskauer’s Private Credit Restructuring group and a member of the firm’s Business Solutions, Governance, Restructuring & Bankruptcy group. His practice focuses on representing private credit lenders, private funds, sovereign wealth funds, and other alternative lenders in special situations and restructurings both in- and out-of-court, whether the lender is secured or unsecured, unitranche or structured preferred.