Congressional Democrats are pushing legislation to cement abortion rights into law and protect health-care providers of such services in response to anti-abortion measures in Republican-controlled states.

House Democrats are expected to pass a bill () Friday that would preserve the right to abortion services across the country. The Senate will likely wait weeks before voting on it, and it’s unlikely to pass there.

Texas banned abortions when a fetal heartbeat is detected, generally around six weeks of pregnancy, even in cases of rape or incest. Florida is expected to follow suit with similar legislation.

“It has evoked a response,” House Speaker (D-Calif.) said of the Texas law. Democrats have more pro-abortion-rights votes in Congress now that ever before while also controlling the White House, she said. 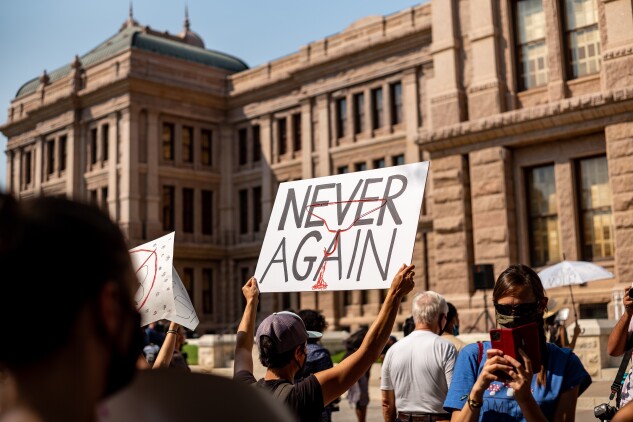 Abortion-rights supporters rally at the Texas State Capitol in Austin on Sept. 11, 2021 to protest legislation barring the procedure after ultrasound detection of a fetal heartbeat, as early as the sixth week of pregnancy.
Jordan Vonderhaar/Getty Images

Republicans condemn the legislation as too broad because it would end the prohibition on federal funds for abortion services and potentially allow an abortion at any time during a pregnancy.

Rep. (R-Wash.) called it the “most extreme legislation ever” at a Monday House Rules Committee meeting.

Some Senate Democrats want their chamber to take up the legislation, even though it lacks the 60 votes needed to move to President Joe Biden’s desk.

Sen. (D-Wis.) said she also wants a vote on the legislation but doesn’t expect one until after Congress has dealt with other pressing matters, such as the expiration of the nation’s debt limit and government funding. Those issues could push a potential vote past October, she said.

“We’re not going to pause our current work, but I do think this has to be a priority at some point,” she said.

The bill has widespread support among House Democrats; 214 of the 220 Democrats in the chamber have co-sponsored the bill. A Senate companion has the support of 48 of the 50 Democrats. Sens. (W.Va.) and (Pa.) are the lone Democratic holdouts. Neither bill has any Republican supporters.

The legislation can pass the House with only Democratic votes. It would need at least 10 Senate Republicans in support to reach the president’s desk, unless Democrats first gather 50 votes to dissolve the chamber’s filibuster rule to circumvent the 60-vote threshold for the abortion measure. Manchin has said he opposes killing the filibuster.