A Senate Budget Committee agreement will allow Democrats to send a resolution to the Senate floor with instructions for a tax-and-spending bill that could avoid a filibuster.
Photographer: Oliver Contreras/Bloomberg

Senate Democrats on the Budget Committee agreed to set a $3.5 trillion top-line spending level for a bill to carry most of President ’s economic agenda into law without Republican support, bridging divisions -- for now -- among some party factions.

Democrats on the committee had been divided about the size and scope of the package, with Chairman initially pushing a $6 trillion measure that added an expansion of Medicare, immigration reform, more generous childcare benefits along with other items to Biden’s proposal.

The Budget Committee agreement includes Medicare expansion, marking a significant win for Sanders. Senator of Virginia, a moderate, said the bill would be “fully paid for.”

“We are very proud of this plan,” Majority Leader , a New York Democrat, said late Tuesday. Schumer said it would include dental, hearing and vision benefits for Medicare recipients but didn’t detail whether a proposal to lower the eligibility age will be included or if a separate proposal to lower prescription drug prices is in the plan. 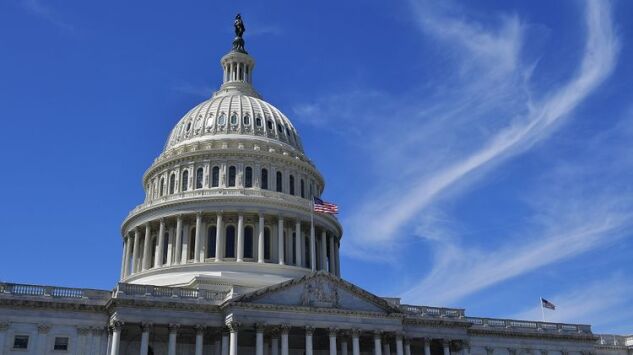 The draft budget proposal does not yet have the support of all 50 members of the Democratic caucus and could be changed further once moderates and progressives weigh in. House Democrats are coordinating with Sanders’s committee but have not yet announced whether they support the new agreement.

“There are no details for the proposal, so I will not venture an opinion until I see them,” House Budget Chairman said Wednesday. “I look forward to seeing those details and discussing the plan with my House colleagues.”

The $3.5 trillion top line is in addition to a bipartisan infrastructure plan that Biden has endorsed, which comes in at $579 billion. The total long-term economic agenda would top $4 trillion. 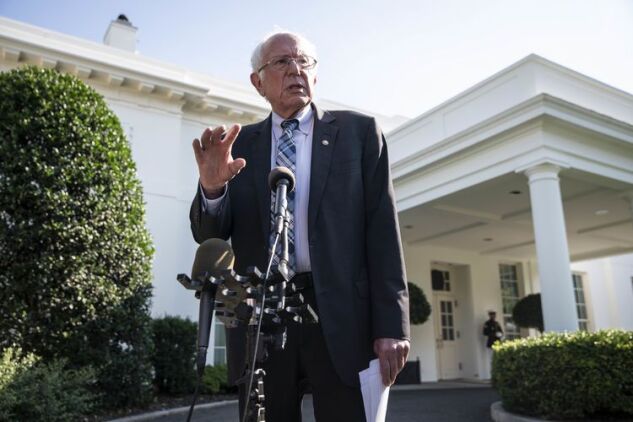 Biden plans to go to Capitol Hill on Wednesday to discuss the plan. The president did not immediately endorse it publicly, but White House economic adviser and chief legislative liaison attended the Tuesday night meeting.

White House Press Secretary said in a Wednesday morning tweet that Biden looked forward to making the case for the two-track approach during his meeting with Senate Democrats as a way “to build the economy back better by investing in infrastructure, protecting our climate, and supporting the next generation of workers and families.”

Though the Senate resolution falls $2.5 trillion short of Sanders’s original proposal, the Vermont independent called it “the most significant piece of legislation to be passed since the Great Depression and I’m delighted to be a part of it.”

Senate Finance Committee Chairman told reporters discussions are ongoing about how pieces of the agenda would be paid for, and many details will be determined later. The resolution will prohibit tax increases on people making less than $400,000 a year and on small businesses, according to a Democratic aide familiar with it. 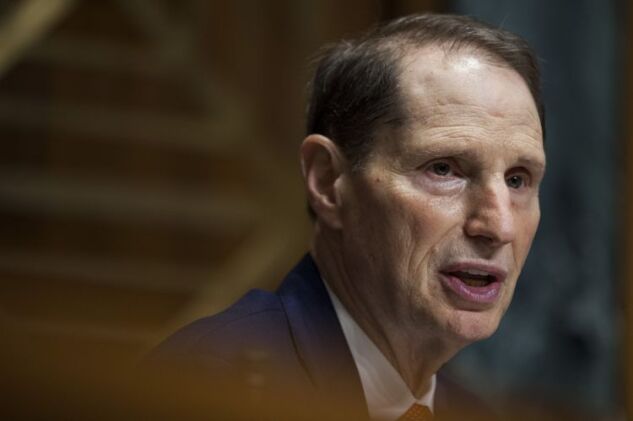 “What I was excited about was the momentum in the room,” Wyden said.

The agreement will allow Democrats to send a budget resolution to the Senate floor containing instructions for a later tax and spending bill that would require all 50 Democratic caucus votes plus Vice President ’s tie-breaker to pass.

In an early sign that the measure could face resistance from progressives, the Sunrise Movement, an influential environmental group, said it didn’t do enough to combat climate change.

“The House must go bigger than what the Senate has proposed to match the scale and urgency of the climate crisis,” Lauren Maunus, the group’s advocacy director, said in a statement Wednesday.

Democrats plan to pay for their proposals through tax increases on large business and wealthy individuals, the details of which the tax-writing committees will decide.

Negotiations on the $579 billion bipartisan bill that’s focused on physical infrastructure -- the other part of Biden’s two-track economic package -- made some headway after meetings Tuesday night.

Senator of Ohio, the lead Republican negotiator, said “about half” of the outstanding issues were resolved Tuesday, but a “couple dozen” remain. The goal, he said, is to resolve the remaining issues by Thursday and then work on drafting the legislation over the weekend.