In effect, an agency not known for speed is being forced to develop a complex rule under an expedited format in a matter of weeks—with legal challenges all but guaranteed once it takes effect.

It will be the second Covid-19 emergency rulemaking for the U.S. Labor Department’s Occupational Safety and Health Administration this year. The first one took the agency nearly five months to complete, missing Biden’s initial deadline by more than three months.

To deliver this time, OSHA must overcome multiple legal, technical, and personnel challenges to develop an emergency temporary standard that fulfills Biden’s directive for all companies with 100 or more workers to ensure employees are fully vaccinated or test negative for Covid-19 on a weekly basis.

Time isn’t on OSHA’s side, nor are legions of anti-mandate conservatives and Republican officials, more than a dozen of whom have vowed to sue. The agency has a poor track record of prevailing in previous lawsuits over emergency rules, losing five out of six cases. The agency’s bandwidth also is restricted by vacancies in a handful of crucial political and career posts responsible for spearheading new regulations. Further, a significant reduction in OSHA’s overall workforce in recent years has limited its firepower.

“The pressure’s on,” said Richard Fairfax, who retired as OSHA’s deputy assistant secretary in 2013, after more than 35 years at the agency. “OSHA, in my opinion, has always responded pretty well to pressure. They’ll do alright.”

Biden’s nominees for OSHA’s top official and the Labor Department’s policy chief—who is charged with coordinating regulatory work with the White House—are awaiting action by the full Senate. Both were approved by the Senate labor panel three months ago.

And decades of institutional knowledge are now gone. Career officials who led the department’s policy office and OSHA’s regulatory division both retired over the past 20 months, and the roles haven’t been filled with permanent replacements.

Agency headcount shrunk by 12.5% from September 2016 to June 2021—2,058 employees then, versus 1,801 as of June, according to data from the Office of Personnel Management. While that tally mostly reflects workers employed in field offices who aren’t involved in writing regulations, the dropoff was even more acute among staff in the Washington, D.C., area, home to the agency’s headquarters; headcount there declined by 26%—to 260 workers, from from 352—during the same period. 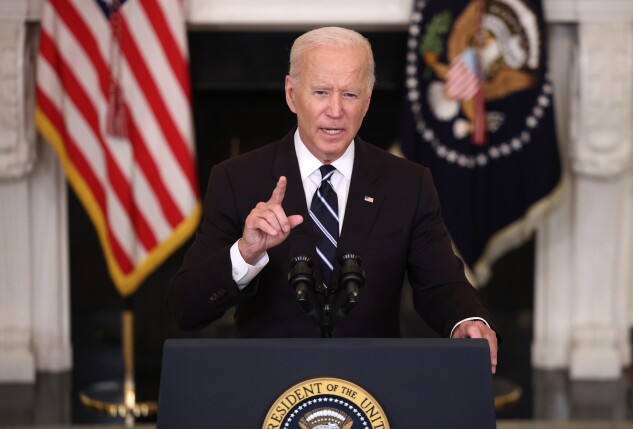 DOL representatives didn’t respond to a request for comment. But Labor Secretary said OSHA is forging ahead with the rulemaking to keep Americans safe and aid the administration’s effort to open up the economy.

“We’ll be working on it the next few weeks to get it done,” Walsh told CNBC in an interview Wednesday.

Some former OSHA officials, echoing concerns expressed by business leaders, suspect agency staffers are grappling with how to justify the 100-employee threshold and how to direct employers to respond to workers who refuse to submit to vaccination or testing.

The agency is accustomed to fining employers who don’t comply with occupational safety law, but potential punitive action against workers extends beyond the agency’s comfort zone, if not its legal jurisdiction.

Other pressure points include who will pay for employee testing and how the rule will be enforced.

Nearly a dozen former DOL officials interviewed for this article didn’t try to minimize the challenges OSHA faces, but agreed with Fairfax’s assessment that the agency’s collective experience and talent will prevail.

OSHA’s earlier Covid-19 emergency standard, which was formally published June 21, offers a foundation that will help the agency overcome the bureaucratic difficulties of turning around a regulation in a few weeks, according to six former DOL officials.

Although the scope of the forthcoming standard is much wider, multiple sources said the agency can use the earlier emergency rule as a template; it requires health-care employers to fashion plans to protect workers from on-the-job Covid-19 infection.

OSHA’s health-care standard was originally planned to cover the entire private sector but was scaled down during the White House review process, which took six weeks. The original draft likely involved overlapping research and scientific analysis, including on incidence of workers contracting the virus and hospitalization rates.

The health-care standard also included extensive research on vaccinations. It tasked health-care employers with encouraging employee vaccinations by mandating they provide paid time off for employees to get vaccinated and recover from any side effects—mirroring the White House’s directive for the upcoming rule to include a paid-leave requirement. 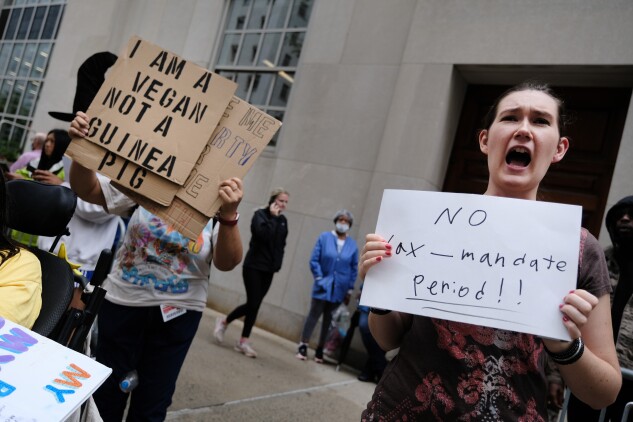 If anything, the new rulemaking will be “more straightforward” because it deals only with vaccines and testing, whereas the health-care rule “was much more involved,” said a former OSHA official, who spoke on condition of anonymity to discuss the agency’s internal rulemaking process. The health-care rule ventured into areas such as ventilation and personal protective equipment.

‘All Hands on Deck’

OSHA also can turn to established tactics to fulfill its high-priority mission.

“I’m sure that the department is rallying all of its resources,” said Michael Felsen, a former DOL regional solicitor who specialized in occupational safety matters. “There are many talented technicians and lawyers, both in the national office and in the field, and I would absolutely expect that some of them might be detailed.”

The department’s legal arm, the Office of the Solicitor, and policy division, play a significant role in collaborating with OSHA from the start of any major rulemaking, former officials said. And on a time-sensitive task such as this, the White House, labor secretary’s office, and federal units within and outside of DOL will generally lend a hand.

Still, the technical expertise needed to complete Biden’s order on time rests inside OSHA, potentially forcing all-nighters and weekend work from a team that’s been drained by Covid-19 response.

“They have people who are seasoned, who have done this before, who have been in the trenches, and who know how to do it,” Felsen added. “But I think it’s going to be an all-hands-on-deck situation.”