The federal government’s workplace safety arm has proven resilient to controversy during its half-century existence, but President ‘s vaccination directive has propelled it into the American culture wars, putting its reputation as a by-the-book agency on the line.

Its mission to develop an emergency rule to require that businesses with at least 100 workers ensure employees are vaccinated or tested weekly will place OSHA in the middle of countless struggles between employers trying to comply with the regulation and workers who refuse to get the shot or bristle at being forced to do so.

The costs of testing and a Biden requirement for companies to provide paid time off for employees to get vaccinated and recover from side effects will only make it harder for the agency to sell the mandate to businesses.

For OSHA to succeed in its high-risk rulemaking, it also must contend with online disinformation, mounting litigation threats from red-state governors, and polls showing a significant share of the country—albeit a minority of the population—opposes Biden’s plan. Opponents of government mandates are vying to turn Americans against OSHA, which could raise difficult long-term questions about the agency’s legitimacy and its ability to protect workers on the job.

“There are people out there that are anti-vaxxer that are going to basically come unglued with this new standard because they feel like it’s encroaching on their freedoms,” said Michael England, vice president of the union representing OSHA inspectors, the National Council of Field Labor Locals. “It’s going to make the job more difficult for the OSHA compliance officer.” 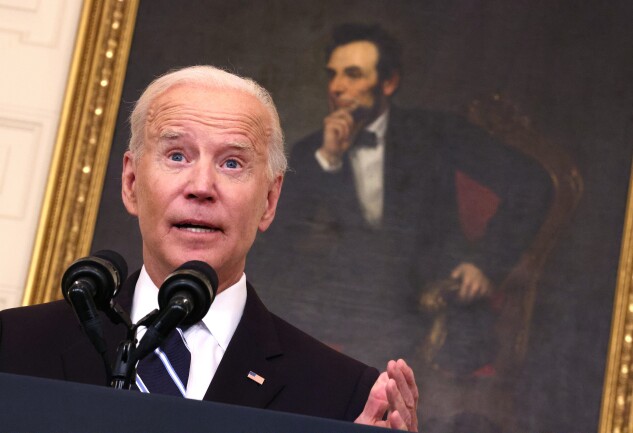 President Joe Biden speaks about his plan to combat the delta variant, including for OSHA to craft a vaccine rule, on Sept. 9.
Photographer: Kevin Dietsch/Getty Images

Champions of an aggressive workplace safety agenda fear that if OSHA is viewed as crossing a line in the debate over personal freedoms, it could reverberate on Capitol Hill.

Although Democrats have ample experience fending off Republican efforts to hamstring OSHA, the agency’s defenders are dealing with a nation more at odds than at any time in generations and Trump-inspired conservatives determined to make Biden pay a political price for his pandemic response.

The anti-mandate outcry also inspires comparisons to the fight against the Obamacare individual mandate for health insurance coverage, which rallied the Republican base for years.

“I am very protective of this agency because I do feel that come the next Republican administration, they won’t forget this, and they may really use this as an excuse to come after the agency,” said Debbie Berkowitz, a senior OSHA official in the Obama administration.

Former agency leaders argue that Biden and his White House are the public face of the vaccine directive, which will shield OSHA from widespread derision. They’re hopeful that the companies already embracing the vaccination policy—contrary to the business community’s typical aversion to OSHA regulations—will help to undercut backlash from unvaccinated workers.

But the House labor committee’s ranking member, Rep. (R-N.C.), said OSHA will lose public trust once it releases the rule, which is expected within weeks.

“OSHA is a political arm of the Biden administration. Democrats are using this agency as a weapon to further harmful vaccine mandates that will add fresh wounds to overworked and struggling business owners,” Foxx said in a statement. “This agency will have to work overtime to regain the trust of workers and job creators who have been battered and bruised by confusing and ever-expanding mandates.”

While future Republican-led legislative rebukes are outside of OSHA’s control, the agency is accustomed to falsehoods that activate resistance from the same employees they’re trying to protect.

England, who spent 21 years as an OSHA inspector before his union leadership appointment, recalled construction workers refusing to cooperate with him during an investigation, claiming the agency wanted to shut their site down. That type of employee distrust is common, he said.

It’s employers, however, who bear the burden of complying with the agency and the 1970 Occupational Safety and Health Act it enforces. Even so, in carrying out its statutory mission of ensuring “safe and healthful working conditions,” OSHA regularly encounters workers who view the agency as a nuisance for subjecting them to cumbersome safety gear, for example.

Marissa Baker, a professor at the University of Washington’s environmental and occupational health sciences department who researches the government’s workplace safety interventions, said OSHA is often the butt of employee jokes, such as shouts of “OSHA! OSHA!” when they see a ladder topple. Others will crack wise about safety officials making it harder for them to do their jobs, she said. 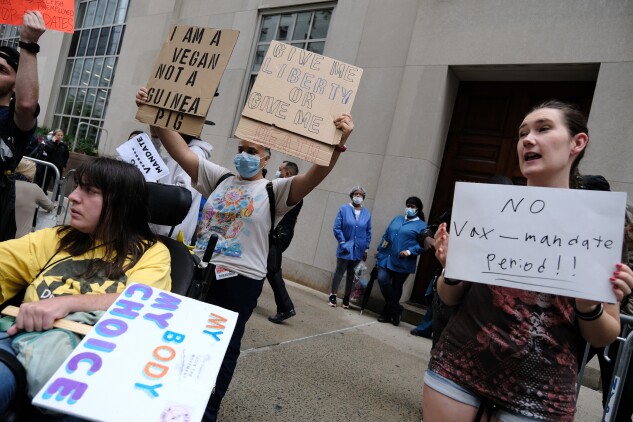 Yet the coming vaccination regulation and its enforcement—unless it’s struck down in federal court—presents a more personal affront to vaccine opponents than an OSHA mandate for workers to strap on uncomfortable protective equipment.

“I know that there are people who have very strongly held opinions that this federal mandate is not OK,” Baker said. “But OSHA has always been mandated with ensuring the health and safety of all workers in the country, regardless of whether they’re in a red state or a blue state.”

Ed Foulke, OSHA’s top official under former President George W. Bush, commended the agency’s efforts to address questions during meetings with business groups the day after Biden announced the order—an approach to rebutting criticism that he expects OSHA to replicate when the rule is released.

Even if those efforts are effective, some state officials will try to undermine OSHA. Members of the Missouri senate’s conservative caucus, for instance, held a rally last week to mobilize support for state legislation that would seek to thwart federal enforcement of vaccination mandates, which one Republican official characterized as “tyranny.”

Such state bids would rest on murky legal grounds, however; and history suggests dramatic curtailment of OSHA’s power via federal legislation is unlikely.

The late Charlie Norwood, the dentist-turned-congressman from Georgia, failed in his efforts to weaken OSHA over the agency’s 1991 standard to protect workers, such as dental hygienists, from contracting HIV and other bloodborne pathogens. That standard didn’t decimate the dental industry, as critics warned at the time.

“Regulators in general are not out there to make friends; they’re there to enforce the law,” he said. “Sometimes, people will be angry, but if the law is enforced correctly, those folks can go home at night.”