Occupancy in senior housing has hit a 15-year low with families bringing loved ones home, and some centers either limiting new residents or being unable to attract them given the threat to older Americans from the Covid-19 pandemic.

Since 2008, the number of assisted living facilities and independent living centers have seen unrelenting growth, jumping 33% to more than 8,000 nationally. But Covid-19 has added a puzzling new twist for the industry and consumers. Occupancy slid 2.8 percentage points to 84.9% in the second quarter, the largest quarterly drop and the lowest rate since the began tracking the data in 2005. 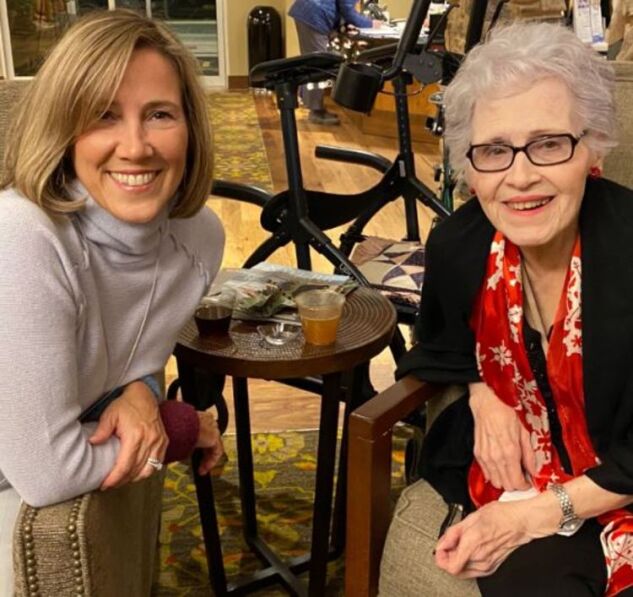 Susan Ridge, who lives in Baltimore, moved her 87-year-old mother into an independent living facility in 2018 so she could easily socialize with others in her age group. Now, she’s debating moving her out.

The Covid-19 pandemic forced that facility, like other centers nationwide, to close their doors to visitors, cancel activities and quarantine residents in their apartments.

The end result: Aside from a few medical appointments and a wave to her mother’s fourth-floor balcony, Ridge said she couldn’t see her mom Betty for three months.

“It’s already a difficult choice to put your parents in facilities like this, and it’s expensive,” Ridge said by telephone. “Now, when you think about something like this happening, it just brought up everyone’s worst nightmares and guilt.”

The aging of America presents an enormous opportunity for the industry, with the U.S. Census Bureau projecting 73.1 million Americans will be older than 65 by 2030 and 94.7 million reaching that age by 2060. Meanwhile, the average cost to live in these centers has risen to about $4,000 a month.

But with the pandemic, operators have had to hustle to stock up on personal protective equipment, find coronavirus tests and attract employees, all of which increased their expenses from the federal government.

“A lot of expenses grew, so the combination of fewer move-ins, lower occupancy rates, reduced revenues and expenses combined are going to squeeze your net operating income,” Beth Burnham Mace, NIC’s chief economist, said in an interview. “And depending on your financial position when Covid started, that’s going to be a challenge.”

Meanwhile, operators are increasingly concerned the rise of the virus in some U.S. states will mean more infections in their centers. On Tuesday, the and the sent a letter to the National Governors Association warning of imminent outbreaks given those surges.

“Reopening long term care facilities is important for our residents’ well being and caregivers and providers recognize the importance of visitations of family and friends,” The letter stated. “To accomplish this goal, nursing homes and assisted living communities need additional support from federal and state public health agencies in order to protect residents and caregivers.”

The extra expenses have come as some families have elected to bring their loved ones home, and many facilities either refused to accept new residents or were unable to attract them.

Ridge’s mother “was really active, and we were seeing her multiple times a week,” she said. “Then, obviously, the whole world changed.” Now Susan Ridge and her husband are considering moving to a house that will allow her to have her mother at home with them.

In reaction, industry strategies are changing. Increasingly operators are emphasizing alternatives like scheduling virtual visits with families, and adding safety practices that they say have meant fewer outbreaks than is seen in other congregate settings, like nursing homes.

In a survey focusing on a single day -- May 31 -- across the sector, NIC found a 0.2% case rate on average for independent living centers, while assisted living was at 1.2% and nursing homes were at 4.3%. Of course, that doesn’t show changes over time as the pandemic grabs hold in various states.

Seattle-based Merrill Gardens has 7,000 residents in 68 communities stretched across 20 states in the U.S. and three communities in three cities in China. Tana Gall, the company’s president, said the group is working out agreements with families who wanted to bring relatives home during the pandemic so they could move back in later.

In March, Merrill Gardens implemented a Covid-19 plan that banned any visitors, kept residents in their apartments and boosted cleaning efforts. They sent extra iPads to their centers and ’s Google sent almost 1,000 Nest Hub Max devices to residents to facilitate communication with families.

In a June update, the company outlined what it termed a “stepdown” plan aimed at bringing back some forms of socialization for its residents, including small group activities. Still, no visitors are allowed inside.

Residents get better care at the Merrill Gardens facilities than they would at home, Gall said, including everything from having their temperature taken twice a day to having a margarita truck come down the hall for happy hour.

“We’re providing a different value to people today than we were three months ago.” Gall said. “And it’ll get back to where we were before. But I think people just need to focus on what we are providing today versus what we’ve taken away. We’ve added a lot of comfort to people that they wouldn’t have had in their own home.”

is co-founder and managing partner of exclusively senior housing-focused real estate private equity firm . Blue Moon’s portfolio properties are now seeing a surge in occupancy rates thanks to pent up demand, she said.

Months of isolation and disruption can be problematic for residents, but some families aren’t able to bring family members home for any number of reasons.

Joel Broder’s parents live in an assisted living facility in Arizona. They’re in their 90s, and both have dementia and are too frail to move at this point. Broder says his parents struggle to heat up dinner, which they need to do because it’s cold by the time it’s delivered, plate it and clean up.

Unable to fully grasp the situation, they keep asking when the dining room will reopen.

As frustrated as he is, Broder says he can’t move his parents out. They wouldn’t enjoy living with him, and staying where they are means access to 24-hour assistance, a benefit they’ve used multiple times, he said.

“I’m not a fool,” Broder said. “This is serious business and we have to take precautions but we also have to live lives.”

To contact the reporter on this story:
in New York at alavito@bloomberg.net