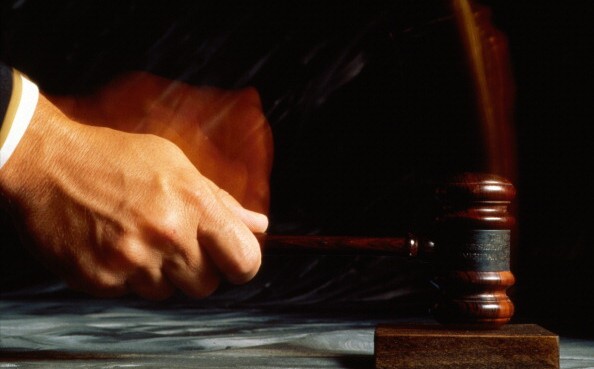 Court activity could be patchwork during shutdown.
Education Images/UIG via Getty Images

Legal questions about a Trump rule on short-term health plans, the constitutionality of Obamacare, and federal oversight of drug manufacturing plants likely won’t be settled until after the federal government reopens.

Those are just a few examples of cases where lawyers have sought to stay the litigation because various government attorneys can’t participate due to the partial government shutdown.

In the absence of funding, Justice Department attorneys are barred from working on cases, even on a voluntary basis. DOJ attorneys almost always assist in cases where the government is a party. As a result, many government lawyers are requesting pauses on proceedings until appropriations to the DOJ are restored.

Judges have discretion to grant or deny these requests. If they grant a stay, that affects the entire schedule of litigation, which drags out the case and increases the costs for all parties. If a court refuses to grant a stay, that can make DOJ lawyers involved “essential,” which means they’ll be forced to work without pay. Either way, the process involves more motions, uncertainty, and rising costs to already complex proceedings.

In some cases, attorneys for agencies that aren’t affected by the shutdown can continue the work. In others, a judge may choose to halt the case until funding for DOJ attorneys resumes.

The judiciary system itself is running low on funding. The federal courts will be able to support paid operations until Jan. 18, Administrative Office of the U.S. Courts estimated, extending its initial estimate by a week.

“When the government shuts down, it puts all government agencies in a terrible bind, especially when it comes to litigation,” Eleanor Tyler, a senior legal analyst for Bloomberg Law, said.

Judges and court leaders will make their own decision as to whether to continue operations and what the priorities will be. That will likely create a patchwork situation, with each court treating things differently, Tyler said.

Below are six high-profile health cases that are affected by the shutdown.

Texas v. U.S.: On Dec. 14, Judge Reed O’Connor of the U.S. District Court for Northern District of Texas ruled the Affordable Care Act unconstitutional. His decision hinged on the idea that Congress’ decision to eliminate the individual mandate rendered the law void.

The government appealed the decision to the U.S. Court of Appeals for the Fifth Circuit Jan. 4 and then asked the same court for a stay to the appeal proceedings Jan. 9. “We greatly regret any disruption caused to the court and the other litigants,” the stay motion said.

The court hasn’t responded to the request, but if granted, it could bring to a halt one of the most heavily debated health cases that could decide the fate of Obamacare.

The government also filed for a stay on the U.S. House’s motion to intervene in the district-level case in light of the shutdown. On Jan. 8, O’Connor ordered the request moot because he already paused arguments on the claims not on appeal.

Maryland v. U.S.: In response to the previous case, this lawsuit seeks a declaration that the ACA remains viable. Five days after the Texas ruling, the Justice Department asked the court to throw out the Maryland case.

On Jan. 3, Judge Ellen Lipton Hollander of the U.S. District Court for the District of Maryland denied the government’s request to halt an order for memos outlining the impact of the unresolved questions in Texas v. U.S. Hollander said she denied the request because of the case’s importance for the “health and well-being of the citizens of Maryland.”

Both parties complied with a Jan. 9 deadline to submit the memos, with Maryland claiming the Texas case doesn’t eliminate its standing to sue and the government arguing that it’s improper for Maryland to seek relief because the case is stayed.

New York v. DOL: Attorneys general from 11 states and the District of Columbia are challenging the Labor Department’s expansion of a type of small business health plan, known as an association health plan, alleging the final rule is in conflict with the Affordable Care Act’s coverage requirements. Critics say workers choosing these plans—the Congressional Budget Office projects 4 million—might also be surprised to find they don’t have coverage they thought they did.

On Dec. 28, the Judge John D. Bates of the U.S. District Court District of Columbia denied the DOL’s request to put a hold on filings in light of the partial shutdown. Although the Justice Department attorneys are affected by the shutdown, the DOL is “primarily responsible for compiling the administrative record,” and has full funding, Bates said.

Bates gave the government an additional week to file legal documents to support a brief and maintained a Jan. 24 hearing.

Adhering to the hearing schedule set ahead of the shutdown is easier for the court and the nongovernment parties in the case, but it could be a challenge for the DOL attorneys who have to pick up the work of furloughed DOJ lawyers. The DOJ lawyers alternatively could be deemed “essential” and work for free.

Association for Community Affiliated Plans v. Treasury: Health-care groups filed suit against the Labor Department, the Treasury Department, and the Health and Human Services Department over a regulation that lengthened the amount of time a person could use a short-term health insurance plan from three months to almost a year, saying the rule undermines the Affordable Care Act.

On Dec. 31, Judge Richard J. Leon of the U.S. District Court District of Columbia granted the government’s motion to stay the case as a result of the partial shutdown. The deadlines for both parties to file motions asking for the judge to rule in their favor were postponed until Congress restores appropriations.

The government isn’t entirely off the hook, though. Its lawyers must submit memo explaining DOJ’s “ability to litigate” the week of Jan. 14.

Par Sterile Products LLC v. Hargan: Pharmaceutical company Endo International filed a lawsuit against the Food and Drug Administration, alleging that agency’s lax oversight of bulk drug-making facilities is allowing unlawful and unsafe practices. The company wants one of its drugs, the septic shock treatment vasopressin, to be removed from a list of substances that can be combined with others to form specialty medicines.

On Jan. 7, Judge Amit P. Mehta of the U.S. District Court District of Columbia granted an unopposed request by the FDA to pause the case in light of the partial shutdown. The FDA is the only HHS agency that doesn’t have taxpayer funding while appropriations lag. It’s keeping some operations open through fees it collected from drugmakers before the shutdown, but litigation is low priority compared to drug safety.

Mehta had already put the case on hold until the FDA makes a final decision about vasopressin. That decision was supposed to be forthcoming at the end of the year but is also delayed by the shutdown.

The case will resume within three business days after the Justice Department regains funding, Mehta said.

Stewart v. Hargan: Advocates in Kentucky allege the Trump administration’s policy allowing states to require people to work or pursue jobs in order to be eligible for Medicaid is unlawful. About 1.3 million people are covered by the program.

No motions to halt proceedings have been filed by either party, but the deadline for the government to file for summary judgment is Jan. 28.

If the shutdown drags on, this case could also slow a decision on a key question regarding the low-income health benefit: Can states impose their own requirements for the care?