A sign outside the U.S. Supreme Court on Oct. 8, 2019, as the justices heard arguments in a case about whether the Civil Rights Act of 1964 prohibits employment discrimination against LGBT workers. The justices later that term ruled the law protects transgender and gay workers from on-the-job discrimination.
Photographer: Sarah Silbiger/Bloomberg via Getty Images

Anna Lange walked into the Houston County, Ga., sheriff’s department determined but terrified, not sure if she’d walk out with her job.

Known throughout a distinguished two-decade law enforcement career as a man, Lange told the sheriff in 2017 that going forward she would be her true self at work, use she/her pronouns, and don a female officer’s uniform.

Lange now wears her brown hair shoulder length, is undergoing hormone replacement therapy, and is still on the force. The sergeant became the only openly transgender person in the 300-person department, and one of the few in law enforcement in the nation. But four years later, her transition continues.

“I still feel incomplete,” she said. “I’m not completely me yet.”

After meeting with two psychologists, an endocrinologist, and flying to New York City to visit a surgeon, Lange discovered that the county health plan wouldn’t cover the gender-affirming care that her doctors recommended.

Lange paid $6,800 out-of-pocket for a breast augmentation surgery—the only procedure she could afford—and sued the county in federal court, arguing that its health plan discriminates against transgender workers. Her suit is among several ongoing cases that could change how transgender people are treated by states, private employers, and health insurance companies.

“It’s important to realize that people’s ability to present as themselves and access health care is inextricably related,” said Ezra Cukor, senior staff attorney with the Transgender Legal Defense & Education Fund, which is representing Lange. “No one should have to go to federal court to get health care.”

Major Fortune 500 companies, including , the , and , have expanded coverage for transition-related health care, but a recent Center for American Progress report finds one in two transgender workers saying they’ve been denied gender-affirming health care under their employers’ plan.

“It’s the law that you can’t discriminate against a participant in an employer-sponsored health plan based on them being transgender. There are open legal questions about what that means in practice,” said Sam Schwartz-Fenwick, a labor and employment partner at Seyfarth Shaw LLP, who represents companies and leads the firm’s LGBT affinity group. “The law is at its inception in this area right now, and courts are struggling with it.”

Dozens of workers diagnosed with gender dysphoria—a mismatch between a person’s biological sex and gender identity—have sued employers, insurers, and state health plans in recent years, according to a Bloomberg Law review of federal court cases. Transgender and nonbinary people experience distress related to gender dysphoria, which can be treated by hormone therapy or gender affirming surgery, which includes genital, breast, and facial reconstruction.

The wave of litigation claiming violations of Title VII of the Civil Rights Act of 1964, the Affordable Care Act, and other statutes, is poised to be the next front for transgender workers rights.

“Unfortunately, it’s still a common problem,” said Avatara Smith-Carrington, a staff attorney with Lambda Legal, who is representing transgender workers fighting against medical bans. “Some of the exclusions are broad. Others exclude certain types of care. It could be a therapy appointment, coverage of hormone care, or surgeries.”

Attorneys representing Houston County didn’t respond to a request for comment, but they’ve argued that Lange had the same access to its health plan as other employees and that the county should be immune from the suit. 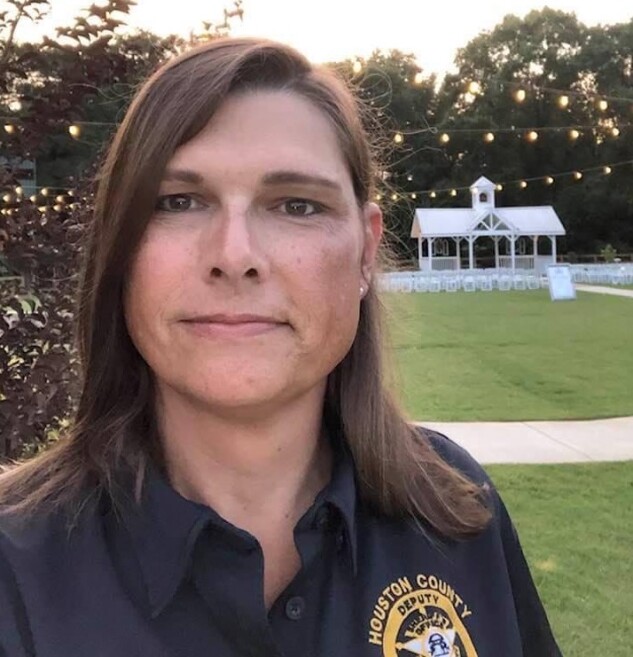 Last month, the U.S. Court of Appeals for the Fourth Circuit issued a first-of-its-kind ruling that allowed transgender workers to move forward with a lawsuit against North Carolina, denying the state’s argument that its ban on health coverage for transgender workers should be protected by sovereign immunity to sidestep the ACA’s protections against discrimination.

The transition process for a transgender person is individualized. The cost of surgeries can range from roughly $5,000 to as much as $100,000, on top of hormone therapy costs, voice therapy, and other care. Some coverage denial is broad; other plans deny only the more expensive procedures.

The American Medical Association has said that transition-related care is medically necessary to treat gender dysphoria. Untreated, the condition can lead to anxiety, depression, suicidal thoughts, and other mental health issues, according to the American Psychiatric Association.

Julia McKeown, a transgender woman in Apex, N.C., and an assistant professor at the North Carolina State University College of Education, and plaintiff in the North Carolina lawsuit, took money out of her savings and retirement accounts to pay for surgeries and treatment after a wide range of health-care expenses were denied.

She’s aware that funds could have been set aside for college tuition for her children, who are 5 and 8 years old, or early retirement.

“I felt that I was being targeted,” McKeown said.

States have varying protections for health-care coverage for transgender individuals, including transition-related care. Transgender exclusions in health insurance coverage is prohibited in 24 states, but many states don’t have a law guaranteeing LGBT inclusive insurance protections.

The states have raised a number of defenses in these cases, including arguments that the costs are too high, that the states should have sovereign immunity from the litigation, and that their plans don’t discriminate against transgender people by eliminating certain coverage that’s also denied to those who aren’t transgender.

Blanket exclusions of transgender-related care in employer-sponsored plans aren’t legal, but an open question is whether states can ban coverage in their plans, said Seyfarth Shaw’s Schwartz-Fenwick.

Central to the disputes in court is whether an employer or insurer grants a cisgender person, whose identity aligns with the gender they were assigned at birth, a benefit that is denied to a transgender individual.

The challenge for courts is the analysis of “what is comparable and what isn’t,” Schwartz-Fenwick said. Medical plans do cover medically necessary procedures, but not cosmetic.

“A plan can draw their lines and say they don’t give it to everyone. The law is at its inception in this area right now,” he said. “That’s where you get into that fact pattern. I think that’s challenging for courts to be in this gray area.”

Aetna, Inc. and Blue Cross Blue Shield have been sued over blanket exclusions for transgender health-care or fertility coverage. In some cases, they’ve expanded options, however.

“It’s hard to go to the company and find what is actually covered and how to access that care,” he said. “Leading companies are taking steps to make it much more available to their employees. A lot of people aren’t willing to expose to the average HR clerk.”

Cases will continue to test the reach of the June 2020 Supreme Court decision that included LGBT workers in sex discrimination protections under Title VII of the 1964 Civil Rights Act.

“Employment discrimination can show up in multiple ways,” said Lambda Legal’s Smith-Carrington. “The Supreme Court issued an amazing decision, but what does that mean on the ground?”

In Georgia, Lange says her transition has been a plus both for quality of life and her work as a law enforcement officer. But she continues to struggle over denial of gender-affirming health care, which has hindered efforts to legally update her sex.

And while many colleagues have been accepting, some still refuse to call her Anna.

“Attitudes like my employer and the county are common in the South and elsewhere,” Lange said. “These kinds of cases need to be done so that a law will be put into place to end discrimination for trans people, and to send a message to counties or cities or states that this is a losing battle.”