The state Senate and Assembly passed legislation (S.8130D/A.10516) that would let voters apply for absentee ballots electronically and remove the signature requirement.

The Senate passed the legislation 39-22. The Assembly passed it on a vote of 102-41. It now heads to Gov. Andrew Cuomo (D) for his consideration.

The measure was one of dozens of bills passed by the state Legislature on Wednesday and Thursday in response to the coronavirus pandemic. 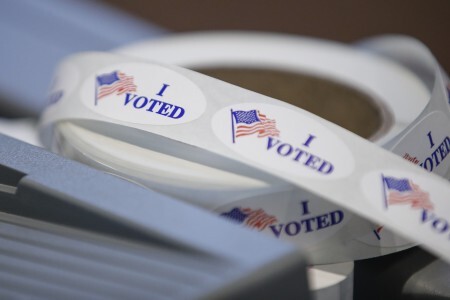 Sponsor Zellnor Myrie (D), told fellow senators Thursday that the measure would make getting a ballot easier and safer, particularly for senior citizens and those who are immunocompromised. “They want to participate in their democracy, too, and they should be allowed to do so by modern means of communication,” he said.

The electronic portion of the bill would take effect after the June 23 primary, in time for the Nov. 3 elections.

New York has been the state hardest hit by the virus, with 366,733 positive cases and 23,722 fatalities as of May 27, according to the latest state data. Cuomo postponed the state’s presidential primary and special elections until June 23 from April 28 because of the outbreak.

He later issued an executive order allowing New Yorkers to cast absentee ballots in June, and ordered postage-paid absentee ballot applications to be mailed to all registered voters. He has yet to address the November elections.

The legislation would go hand-in-hand with Cuomo’s previous orders, according to the bill justification. Voters would be able to request an application via email, an electronic transmittal system, or through a web portal established by the state board of elections, or county or city boards of elections.

The act would take effect immediately, but the electronic application portion would begin one week after the primary election. It would expire and be deemed repealed on Dec. 31, 2020.

“This is really about creating the opportunity for ballot harvesting,” he said.

Myrie responded by saying there’s “no evidence that applying for an absentee ballot application induces fraud.”

When confronted with similar concerns in the Assembly, bill sponsor Aravella Simotas (D) noted that voters still would have to sign their ballots before sending them in. The boards of elections would then check the signatures against the ones on file, she said.