Nearly 40% of coronavirus-related fatalities in New Jersey have taken place at nursing homes, according to data newly disclosed by state officials.

Outbreaks have been reported at 394 of the state’s 503 long-term care facilities, which include nursing, assisted-living and dementia-care homes. Those facilities have recorded 9,094 cases and 1,530 deaths, the data show. New Jersey has reported a total of 3,840 deaths statewide.

Health department officials added data on long-term care cases to the state Covid-19 website after reports of several bodies found stacked in a makeshift morgue at a long-term care facility in Andover, in Sussex County. A new county-by-county breakdown of nursing-home cases and deaths shows the most cases, 1,831, in Bergen County, and that four of 21 counties have about half the cases -- Bergen, Morris, Essex and Middlesex. 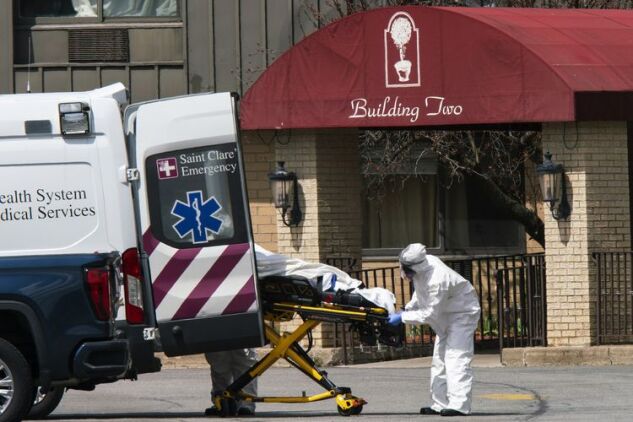 The Andover facility is the state’s largest of its kind, with 420 residents at last count, state Health Commissioner said on Thursday. On April 11, the health department got a report that multiple bodies were on site, she said. Officials sent a team at 2 a.m. on April 12, and over 24 hours, 17 bodies were recovered. In all, Andover has had 19 Covid-19 deaths. At least 100 others, and 48 staff, also have the virus, she said.

The owner reported adequate staffing on Thursday morning, Persichilli said. A woman who answered the phone at a number listed for the Andover home’s co-owner, Chaim Scheinbaum, said he wasn’t available. She declined to say how he could be reached. A person who answered the nursing home’s phone said no one was available to comment. No one immediately responded to a voicemail left for the nursing home’s administration.

State and federal inspectors and state investigators were on site, Governor said Friday.

“You’ve got a vulnerable population, a deadly virus and if that weren’t enough, you’ve got some folks who aren’t doing what they need to do or should be doing,” Murphy said. “This Andover thing is a complete outrage.”

Persichilli said on Friday that the state was sending additional protective equipment and staffing to hard-hit nursing homes. Attorney General on April 16 said his office was investigating nursing homes with high numbers of coronavirus deaths.

Previously, the state reported at least a dozen Covid-19 deaths at Elizabeth Nursing and Rehabilitation Center in Union County.

“To other actors out there, they better be listening to this: We expect them to adhere to the code of conduct that you have signed on to,” said Murphy, referring to nursing-home owners and emergency-operating plans they’re expected to follow. He said he didn’t blame employees, many sick or at risk themselves and coping with under-staffing. “It’s the operators.”

Murphy said New Jersey will include nursing homes in a statewide examination when the crisis is over.

“It’s quite clear both nationally and within our own state that long-term care is going to be a particular focus,” he said. “There are expectations of conduct by the operators of these facilities.”

To contact the reporter on this story:
in Trenton at eyoung30@bloomberg.net