The limits of the technology at the U.S. Tax Court are making things more difficult for attorneys amid the coronavirus pandemic. Many expect to see a document backlog once the court building reopens.
Jonathan Hurtarte/Bloomberg Law

Doctors and hospitals overwhelmed in the pandemic will have to make their excruciating life-or-death decisions meticulously or they risk being second-guessed by a jury when the onslaught is over.

Lawyers who defend health care providers are already giving advice on how their clients can avoid liability if they’re forced to choose between patients. How they prepare for this battlefield triage now -- and how they practice it in the chaos of peak infections -- will determine whether negligence cases against them are dismissed or lead to trials or settlements over the death of a parent or spouse.

“The key, in my opinion, is to have clear written policies that do not discriminate or single out certain types of patients based on age, gender, race or any of those unlawful, suspect criteria,” said , who represents doctors in malpractice litigation.

Governors and medical experts have warned that the U.S. doesn’t have enough ventilators, masks and other resources to keep struggling patients alive and check the spread of the virus in the nation’s 6,000 hospitals. As many as 200,000 Americans could die, Dr. estimated on Sunday. 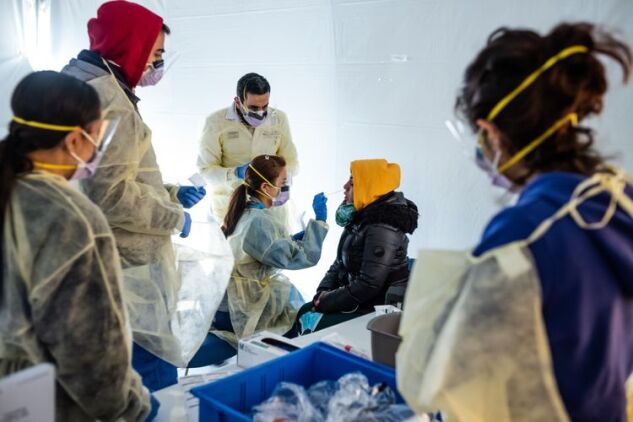 Oberheiden said he’s telling clients they’ll need written documentation of all decisions, including efforts to help those who are ultimately denied lifesaving care. And even though older patients are less likely to survive Covid-19, the disease caused by the new coronavirus, hospital triage plans shouldn’t single out that factor, he said.

Health care providers may prioritize patients without underlying conditions who are likeliest to make a full recovery, but there’s no national standard for triage. The question of withholding or withdrawing ventilators from the sickest patients is that medical experts have encouraged providers to develop their own guidelines. Like the U.S. pandemic response itself, it’s largely a state-by-state and, to some extent, hospital-by-hospital patchwork.

There is an established standard of care in the industry, however, and providers could be accused of breaching their duty to patients by violating it and of negligence for failing to have enough ventilators on hand, for example.

It’s a tough case to make in a pandemic.

“I would expect hospitals to argue that their obligations are to make sure they have adequate equipment in ordinary times, not in pandemic times, and that seems quite persuasive to me,” said I. Glenn Cohen, a bioethics expert at Harvard Law School.

New protocols lay out how to ration ventilators to save the most lives in the outbreak, Cohen and others wrote Wednesday in the Journal of the American Medical Association. But a plaintiff could still claim that the hospital bungled the triage or hadn’t planned properly for an outbreak, raising further questions for the courts.

Something like that happened after Hurricane Katrina in 2005. agreed in 2011 to pay $25 million to settle a class action by the families of dozens of patients who perished in a Tenet facility in New Orleans. The plaintiffs said the company had failed to prepare adequately for the storm.

In the wake of the pandemic, providers may be accused of failing to foresee a crisis that the Centers for Disease Control and Prevention and others have warned was inevitable, said Carmel Shachar, executive director of the Petrie-Flom Center for Health Law Policy at Harvard Law School. That’s especially so after the recent drumbeat of outbreaks from SARS to swine flu to Ebola.

, the general counsel of from 1998 to 2017, said hospitals shouldn’t be held liable amid a national shortage of critical equipment. Even so, she added, they need to be fastidious about the triage plans they are fashioning or refining as they brace for the first big wave of bad Covid-19 cases. 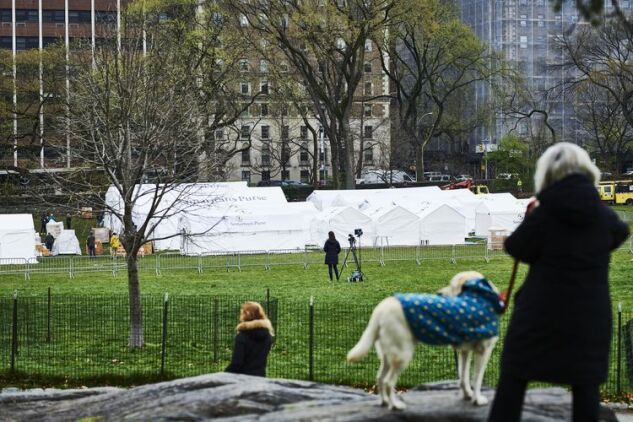 “The wording of a memo about how to make those difficult or impossible decisions based on the likelihood of survival would be a difficult exhibit in a wrongful-death case,” Seifert said. “If written at all, it should be written very carefully” and vetted by lawyers and risk managers.

Partly with this in mind, hospitals are preparing to allocate limited resources to patients, including time with doctors and nurses and access to ventilators, said Allison Hoffman, a professor at the University of Pennsylvania who specializes in health care law and policy. Sticking to the playbook and applying its standards consistently can help protect health care providers in court, she said.

At the same time, Hoffman said, “they’re tying to look at what is reasonable and customary in uncharted territory.”

“Every hospital out there has a mass casualty plan for a plane crash or a tornado or something like 9/11,” he said, referring to Joint Commission standards, and conducts regular drills on “who to pass on, who to send to another facility, who to put aside until later. It’s probably just never been expected that something of this nature would happen.”

Triage policies should spell out which types of patients get access to which resources when a hospital is rationing in a crisis, Harvard’s Shachar said. That means allocating services without discrimination and based on urgency, because that’s what judges and juries will ultimately be able to understand, even in the face of grieving plaintiffs, she said.

On Saturday, the U.S. ’ Office of Civil Rights fired off a bulletin warning that “persons with disabilities should not be denied medical care on the basis of stereotypes, assessments of quality of life, or judgments about a person’s relative ‘worth’ based on the presence or absence of disabilities or age.”

Hospitals and doctors are focused on care right now, as they should be, said , a lawyer with Duane Morris LLP in Philadelphia who represents them in court.

Still, he said, they should be “making sure they have insurance coverage in place that is applicable to the new circumstances that are becoming more normal every day as a result of the pandemic, and staying up to date on the quickly evolving legal standards and legislation.” Lawmakers could pass legislation to protect health care providers that adhere to the standard of care, he added.

Litigation by families of those who lose out in triage is only a matter of time, said health care attorney Andrew Wachler. He said he expects such lawsuits to be filed shortly after the contagion’s peak.