is in active discussions with multiple countries and a charitable foundation to determine how much supply of its experimental coronavirus vaccine will be needed.

Chief Financial Officer said that the health-care behemoth is currently in talks with the European Union, Japan and the Bill & Melinda Gates Foundation about locking up supply of the vaccine candidate.

“We’re still trying to determine the volumes,” he said in an interview. 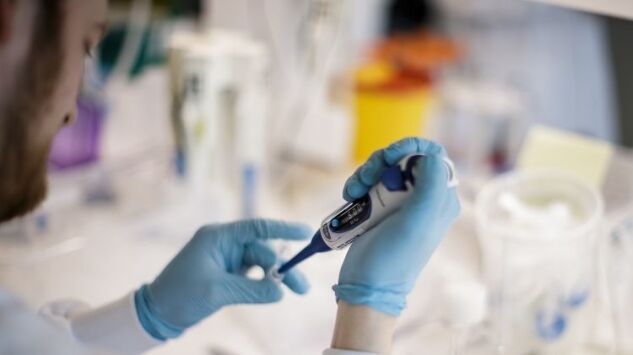 J&J, which received a $456 million award from the Biomedical Advanced Research and Development Authority, will work with the U.S. and other countries and organizations to determine a “universal, global price” based on its manufacturing costs, as well as research and development expenses. BARDA is the U.S. agency responsible for developing medical countermeasures to emergencies.

Expenses will be “almost a 50-50 split” between R&D and manufacturing, Wolk said later in an interview on Bloomberg Television. What J&J will ultimately charge will depend on levels of demand from the U.S. and other countries, though it will be offered on a not-for-profit basis, Wolk said. It hired an accounting firm to audit the final price, he said.

J&J leadership assured investors on an earnings call Thursday that the New Brunswick, New Jersey-based company had emerged from the worst of the pandemic and raised the financial forecast for the year. Shares declined 0.4% to $147.68 at 12:17 p.m. in New York.

J&J announced in June that it had accelerated vaccine trials with ambitions of launching human studies in mid-July. Wolk said on Thursday that J&J will dose its first patients on July 22 in Belgium, and in the U.S. a week later.

The phase one trial seeks to enroll more than 1,000 healthy adults aged 18 and 55 and 65 and older, Chief Scientific Officer said on the earnings call. The trials will evaluate the experimental shot’s safety, whether it generates an immune response, and which dosing regimens work best. J&J will conduct another phase one trial in Japan, and aims to hold phase two trials in the Netherlands, Spain and Germany.

J&J is in discussions with the to launch a final-stage study in late September should the earlier trials prove successful, Stoffels said.

Stoffels said the company could have data “before the year-end or at the latest, early next year.” Though it may manufacture some doses before year-end, those will primarily be used for clinical trials, he said.

“We have the manufacturing sites, we have the filling side, we have everything that’s needed to deliver that 1 billion vaccines and more next year,” Stoffels said.