Some of the people who bought health insurance plans on Obamacare’s individual market this year may end up paying a steep price for the ongoing government shutdown.

Industry researchers and lawmakers are warning some Americans could face much-steeper insurance bills and may cancel their coverage if the IRS can’t finish processing the paperwork for the federal tax credits they’re slated to receive in time. There’s also concern the Internal Revenue Service has furloughed the staff who typically answer taxpayer questions about the credits.

“Families are facing a shutdown health care tax that increases their premiums and threatens their health coverage,” six top congressional Democrats wrote Jan. 14 in a letter to Treasury Secretary and Health and Human Services Secretary . The letter was signed by the ranking members of three Senate committees and three House chairmen. 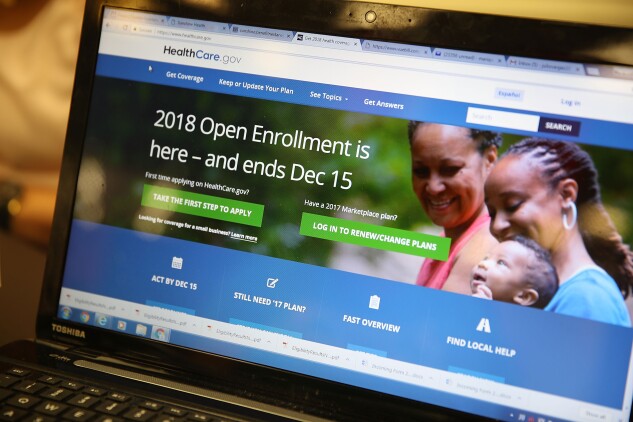 A group of lawmakers said Monday the shutdown of the IRS could lead to people being denied Obamacare insurance subsidies who had instead expected to be eligible for them.
Photo - Joe Raedle/Getty Images

At issue are the tax credits Americans can receive to offset the cost of health insurance. These credits are often paid directly to insurers to lower monthly premiums, averaging $477 for benchmark plans, for people who bought plans.

The tax credit is generally equal to the premium for the benchmark plan, minus a percentage of the person’s family income. For some, the tax credit covers the entire premium amount.

Left in the Dark

However, some people lose the credits if they didn’t file a tax return the previous year, said Sabrina Corlette, a research professor at the Center on Health Insurance Reforms at Georgetown University. The federal government uses the tax returns to verify eligibility for the credits, she said.

Those denied the credits may not even be able to learn why they were denied because the insurance marketplace call centers created to help people navigate buying plans can’t tell them because of taxpayer confidentiality laws, Corlette said. Some could resolve the issue by filling out a form, but they may only learn that from IRS.

“The marketplace call center typically refers people with such questions to the IRS,” she said.

Marketplace personnel can’t go into any detail about a person’s tax information, so anyone who wants to dispute the income information the government uses to calculate subsidies can’t do so without the IRS, said Jason Levitis, who served as a Treasury official under the Obama administration.

The IRS has said it will call in its workforce despite the shutdown to process tax returns beginning Jan. 28. However, for many the first year’s premiums come due in January, meaning those who can’t pay could lose health coverage for the year.

A spokeswoman for the IRS didn’t respond to a request for comment.

To contact the editors responsible for this story: at phendrie@bgov.com; at jnicholson@bgov.com