Health insurers across the country are seeing bills for coronavirus tests as high as $1,000 as the U.S. looks to increase dramatically the number of tests performed.

Insurers say they’re only just now gathering claims data for Covid tests and say the $1,000 tests, almost 2,000% of what Medicare pays for the same diagnostic, aren’t the norm but showcase the range they’re seeing different providers charge for the same test. Some of the country’s biggest laboratories for Covid testing, such as and the University of Washington, have a “cash price"—what a person could pay directly for the test—anywhere between $50 and $200.

The huge cost variation could have long-term implications for insurers and for Americans without insurance seeking tests, particularly as states and the federal government try to ramp up testing and re-open businesses shuttered by the virus.

Medicare pays labs $51 for the same Covid tests and $100 for more-advanced diagnostics that can be processed at a higher volume. 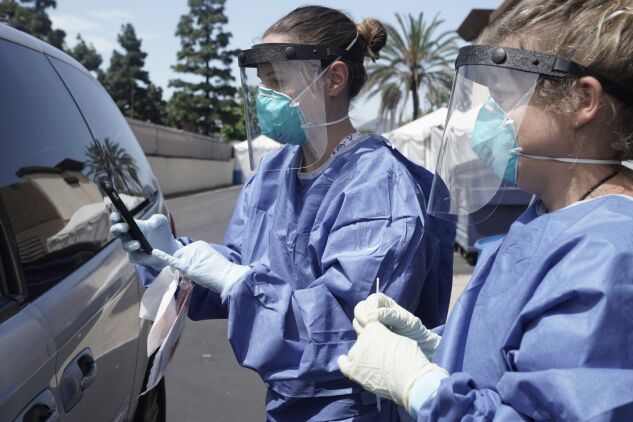 The White House, as part of its strategy to reopen the country, is looking to give states enough test supplies to test 2% of the population while testing giant said it’ll expand capacity to process as much as 100,000 tests per day by the end of May. According to the Covid Tracking Project, which complies state data on tests, the U.S. has been performing at least 200,000 new Covid tests per day since April 27.

Caitlin Rivers, a senior scholar at the Johns Hopkins Center for Health Security, told the House Appropriations Committee Wednesday the U.S. needs to triple the current level of diagnostic testing in order to reopen safely.

Most insurers have a policy of paying any bills for Covid tests that come their way, Berry said, to keep their beneficiaries from getting “balance bills,” where patients with insurance get billed directly by a health-care provider for costs their insurers won’t cover.

Insurance companies are nervously eyeing the cost of the tests as a new major expense for them and the entire health-care system, she said.

Some hospitals say they too are incurring expenses for offering the tests and their charges are necessary to recoup what they’re spending to screen people for the rapid-spreading virus. It’s also likely the price for the tests will go down over time.

Lawmakers are debating ways to prevent Americans who have contracted Covid-19 from getting surprise medical bills or facing high costs for testing and treatment. While Congress has taken steps to protect Americans from paying a high price for the tests, there’s been little agreement over how to control the costs for care and testing.

The Families First Coronavirus Response Act () requires insurers to pay for testing at no cost to the beneficiary, shielding most people with insurance from the cost of the tests. Congress shortly afterward enacted the CARES Act (), which expanded the services insurers must cover without cost-sharing and requires hospitals and labs to make public the “cash price” of their Covid tests.

Insurers under the CARES law must either pay the negotiated in-network rate or, if the test provider isn’t in the insurer’s network, the listed cash price, said Loren Adler, associate director of the USC-Brookings Schaeffer Initiative for Health Policy. Insurers have to pay for out-of-network services with no cost-sharing as well.

There’s been little discussion in Congress on directing limits on the cost of Covid tests, senior Republican and Democratic aides said.

Lawmakers may not be sympathetic to the plight of insurers partly because the cost of Covid-19 tests don’t appear to be hurting the bottom lines for the companies: many are expecting to make more money than year than last after Americans put off health procedures.

Insurers across the country have significant say over how much they pay hospital and laboratories within their networks. That amount is often close to the cash price, Berry said. 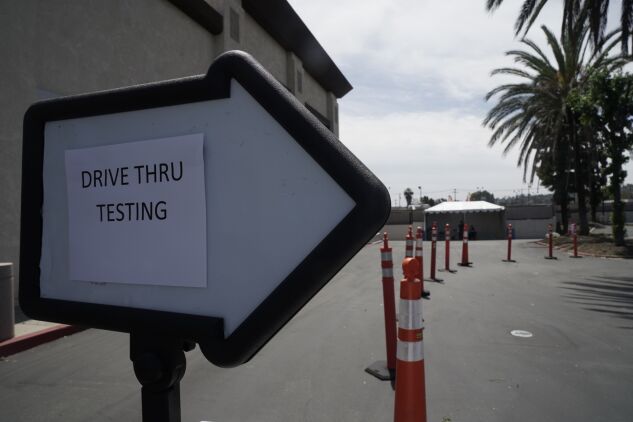 A sign is displayed at a Covid-19 drive-through testing site at the North Inland Live Well Escondido Center in Escondido, California.
Bing Guan/Bloomberg

Where insurers are seeing higher-than-average prices for Covid-19 tests are with hospitals and labs outside their networks, according to regional insurers who spoke to Bloomberg Government. Out-of-network charges for the tests average almost $400 in Texas, Illinois, and Oklahoma. The in-network charges in those areas average about $200.

Blue Cross Blue Shield of Texas has gotten “hundreds of claims” for tests priced at $250 or more, with some priced at almost $1,000, said Paul Hain, the insurer’s president of market delivery and chief medical officer. The high prices are an attempt to make a profit out of the pandemic, he said in a statement.

“Taking advantage of this public health crisis to profiteer is unacceptable,” he said.

Executives at hospitals that operate largely out of insurance networks say they typically receive only a portion of what they’re charged and adjust their prices to make up for the cut.

Christion Rice, a managing partner for several freestanding emergency centers in Texas and Oklahoma, said the price at Tulsa ER and Hospital for a Covid test is $450, down from the $990 the facility was charging in early April. He said the average charge for a Covid test in the Tulsa region was $511 in April.

Rice said his hospital based its original price on the facility’s costs for the tests and had little to compare it to when it first started offering it.

To get test results, he said, Tulsa ER and Hospital must pay for services related to “collecting the specimen, lab supplies, stat carrier fees, testing expenses from our laboratory vendors, and the cost for the staff’s personnel protection equipment.”

As an out-of-network provider of emergency care, Rice said, Tulsa ER and Hospital typically gets a fractions of its billed charges from commercial insurers and prices accordingly. Should it bill lower, he said, insurers would still pay only a fraction of that lower amount.

“Our initial charge must reflect this, or we would not be sustainable for the community,” he said.

(Updates with testimony on testing in seventh paragraph. An earlier version corrected Hain's name in eighth paragraph from end. )