There were 16 HIT transactions, according to a list of deals announced or closed in November. The list was compiled for Bloomberg Law by investment bankers using publicly available information, including articles, websites, and press releases.

Some of these deals were backed by private equity, a trend that can be tracked through the list of transactions announced and closed throughout 2018.

Future HIT deals likely will involve software to help employers find health and well-being solutions for their employees, Shtern said. This would be consistent with a growing trend in which self-insured employers are contracting directly with health-care providers for employee care, he said.

Private Equity Stays in the Game 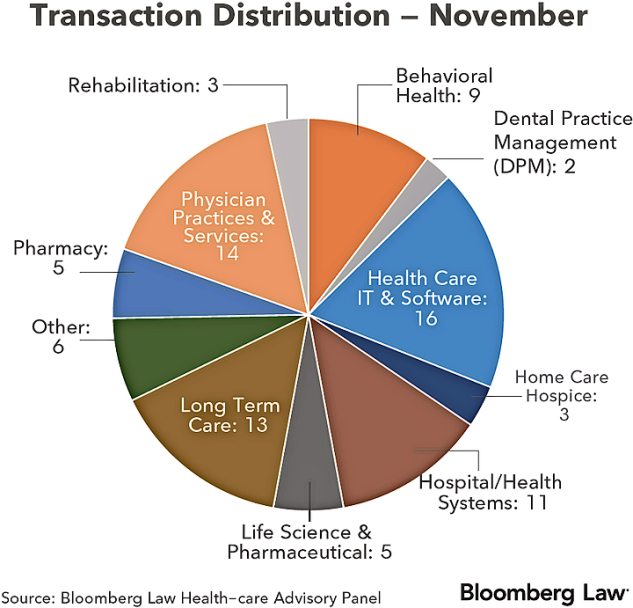 Ancillary services, like radiology and diagnostic imaging, also continue be a hot area for deal activity, as is the urgent care space, Herschman said. The continuing demand for convenient, cost-effective care outside the hospital setting is driving those transactions, he said.

Behavioral health-care deals increased in number every month in 2018, Robert Aprill, an associate with Provident Healthcare Partners in Boston, told Bloomberg Law. There were nine deals in November, he said. 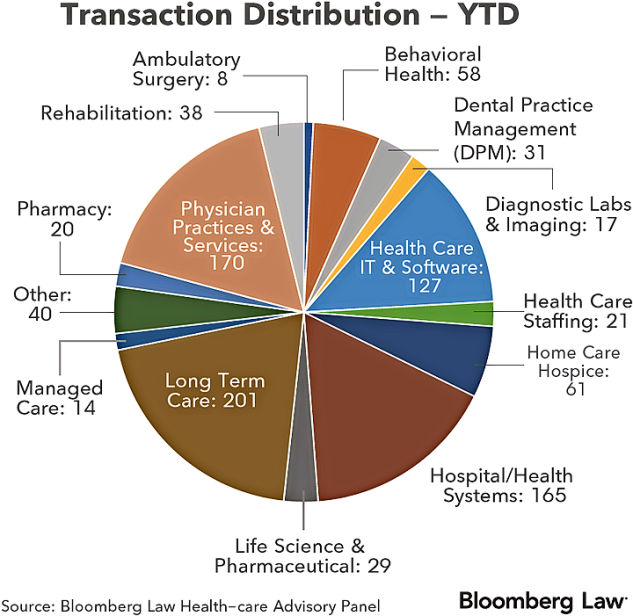 Aprill attributes this flurry of activity to an uptick in patient volume in all behavioral health subsectors, coupled with rising reimbursements. The sharpest boost has been in deals involving substance use disorder treatment providers, he said.

This subsector has been consolidating “at a rapid pace,” Paul D. Gilbert, of Epstein Becker & Green’s Nashville, Tenn., office, told Bloomberg Law. Congress’s passage of the SUPPORT for Patients and Communities Act in October may be sparking even greater interest in it, he said.

The SUPPORT Act doesn’t provide more federal money for providers, but “it made a number of changes intended to enhance access to treatment and to support providers of medically assisted treatment,” Gilbert said.

New deal activity normally slows during the holiday season. That holiday lull hit the hospital and health system sector in November, as the month saw only half the number of deals that took place in October. 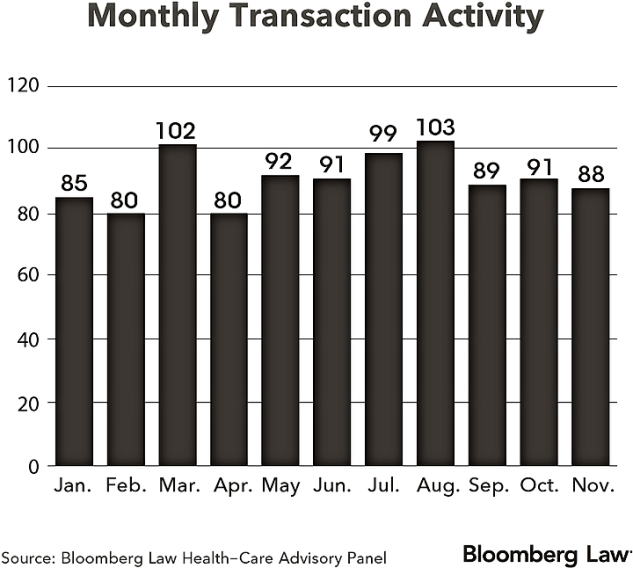 There still were some notable transactions, however, according to Hector M. Torres, a principal with ECG Management Consultants in Chicago. Torres counsels health-care companies and investors.

Publicly traded Community Health Systems, for example, continued offloading hospitals. Seven of the 15 deals it announced or completed in 2018 occurred in November. CHS is trying “to shore up its balance sheet amid continued decline in hospital profits and looming debt service payments,” Torres said.

Private equity’s role in that transaction “is a key takeaway,” Newman said. In the next five to 10 years, the general partner will try to increase its investment through a sale or recapitalization, he said. RCCH may be looking for more hospitals to add to the system in order to “create a more marketable entity,” Newman said.
_________