Differences over how to prepare for future pandemics threaten lawmakers’ efforts to fix cracks in the U.S. health system that undermined the response to Covid-19.

The first part of President ’s infrastructure plan would provide $30 billion over four years to create jobs by improving the nation’s security against health threats. The proposal includes beefing up the public stockpile of medical countermeasures and discovering faster ways to develop vaccines, tests and therapies.

More than 550,000 Americans died from the virus and millions lost jobs amid a health policy response that was limited to piecemeal measures like addressing shortfalls in testing supplies and hospital revenue.

To guard against a future disaster, major policy shifts and long-term spending are needed, say public health and industry leaders, including Centers for Disease Control and Prevention directors under both parties’ administrations. 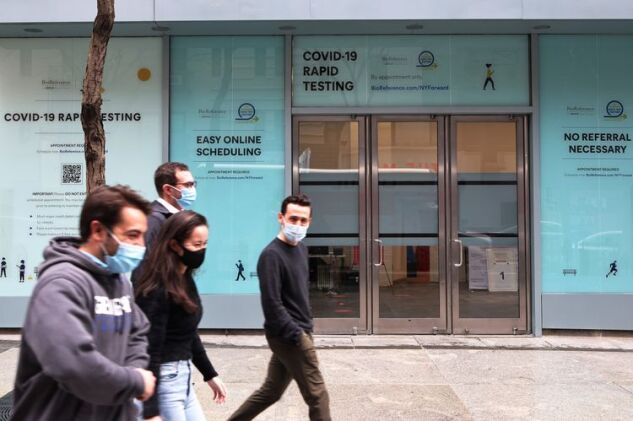 Bipartisan legislation is needed to fund disease surveillance and response, key lawmakers say. Democratic leaders are pushing for billions of dollars to upgrade hospitals and data systems as part of the massive infrastructure package they want to pass in coming weeks.

(D-Wash.), chair of the Senate Health, Education, Labor and Pensions Committee, has sought to work with her counterpart on the panel, (R-N.C.), on pandemic preparedness legislation.

Murray has pushed to boost public health funding by $4.5 billion a year and called for revitalizing local and state health departments.

Murray’s bill () is “an important first step in that process,” Mullen said. “Public health oscillates from this feast or famine cycle. So when an emergency strikes, the funding spikes, and then it goes away. And then, the programs and the people—we lose all of that capability.”

Burr has shown more caution, asking to update current law outlining the nation’s pandemic response based on lessons from Covid-19.

“The novel coronavirus has again shown us that we cannot fully anticipate the ways in which a threat will affect different communities across the country,” he said during a March 25 hearing.

Murray said she hopes to craft a bipartisan bill on lessons learned from Covid-19 by working with Burr and other HELP committee members. That could take a few months as the panel holds hearings and engages with experts and stakeholders, she suggested.

“We will have different views on this committee about what that means, but I also know we share a common goal — to keep our families and communities safe from future pandemics and public health threats,” Murray said at a March 18 hearing.

House Democrats have spending $37 billion on public health infrastructure, giving $7 billion to state, tribal, and local health departments, $4.5 billion to clinical laboratories, and $10 billion to community health centers. The money would be used to modernize health departments and hospitals and renovate facilities funded by the Indian Health Service. 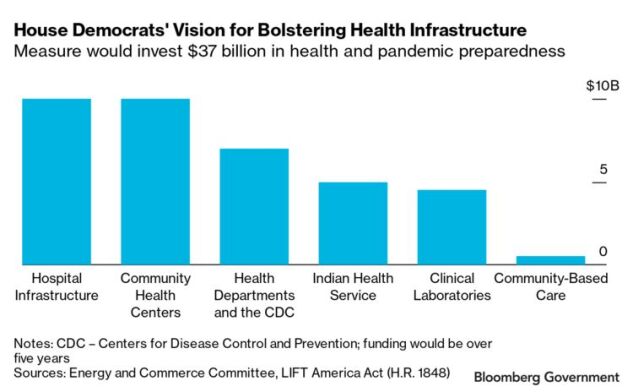 Some House Republicans rejected this proposal, saying state governments have already taken in billions of dollars to respond to the Covid-19 pandemic.

The government has given about $180 billion to health-care providers and hospitals that saw their revenue plummet as Americans avoided the routine care and scheduled surgeries that make up much of the industry’s income. Billions more have gone into vaccine development and research.

More broadly, the U.S. could better fend off another pandemic with a steady health workforce that doesn’t have to worry about losing employment when emergency money dries up. It also needs major technology and data upgrades, and remedies for health-care inequities.

“The reason that we ended up here is because of challenges that we had in public health,” CDC Director said during a March 30 webinar with Trust for America’s Health. “We need to restore the infrastructure in public health, in data modernization, in epidemiology, in lab, and do so through a lens of equity.”

Murray’s bill increases confidence “that finally we will take the steps necessary to really strengthen our public health system,” , a executive and former CDC director in the George W. Bush administration, said in an interview.

“The real issue is to provide direct resources to the public health departments to invest in modernization, rebuilding, hiring the modern talent with the skill set that we need going forward, but to do that on sustainable money,” Gerberding added. She also said the CDC has a responsibility to address health disparities.

The middle of a pandemic might not be the best time to overhaul the entire public health system, but strategies and programs that integrate health equity and biosecurity are needed, Gerberding wrote in the American Journal of Public Health.

Current proposals in Congress won’t solve many of the issues the Covid-19 epidemic exposed, some experts say.

The nation’s pandemic and emergency response hasn’t focused enough on preparing emergency rooms and clinics for disaster, a blind spot exposed early in the pandemic, Brendan Carr, a professor and system chair at the Icahn School of Medicine at Mount Sinai in New York, said.

Privately run hospitals struggle with supplies and staffing during disasters because their financial model has little room to add capacity, said Carr, a senior adviser within the Department of Health and Human Services under both the Trump and Obama administrations.

“Health care is not a public sector enterprise in this country,” Carr said. “Our readiness posture right now is: we’ll do the right thing in the right moment and it will destroy our finances and we’ll ask for a government bailout.”

To contact the editors responsible for this story:
at sbabbage2@bloomberg.net