After leading the NIH team that designed the Covid-19 vaccine, Kizzmekia S. Corbett will focus her new Harvard lab on non-Covid coronaviruses and other viral threats to fill in knowledge gaps that could facilitate the response to future outbreaks.

Corbett left the agency but is still volunteering with the Vaccine Research Center, which has one of a number of scientific teams focusing on the latest coronavirus variant to stir worldwide concern, while her lab space is renovated and she builds her team.

The emergence of omicron has pulled in Corbett and scientists worldwide as they seek to understand what the coronavirus’s more than 50 mutations mean for the variant’s ability to infect humans—or vaccines’ ability to fight it. Viral mutations happen all the time, but with ones like delta and omicron popping up, it can feel like fighting the same pandemic over and over again, she said.

“It almost feels the same way with the type of tension that’s in my shoulders and the lack of good sleep that I’m getting, and the constant emails as you probably hear in the background, and constant ad hoc meetings and things like that,” Corbett said, adding that the pattern is similar to what happened when the beta variant was discovered about a year ago.

“We’re not going to be able to endlessly fight new pandemics, so to speak,” she said. “And so we’re going to have to shift our expectations and also shift the public’s expectation.”

Her advice? “Don’t panic about where we are, because there are so many things in our toolbox that have the potential to be very helpful in this moment. And we just have to wait for the data to show us what is necessary.” In the meantime, continue to be steadfast with all of the public health measures to prevent infections, she said, while using available tools such as vaccines, monoclonal antibodies, and a pill by that potentially could be added to the armamentarium soon.

Perhaps best known as the scientific lead for the coronaviruses at the VRC in the National Institute of Allergy and Infectious Diseases, part of the National Institutes of Health, Corbett was instrumental in designing the vaccine that ultimately developed and that went to clinical trials in a record 66 days.

She left the NIH this year to take a position as an assistant professor of immunology and infectious diseases in the Harvard T.H. Chan School of Public Health, which she started in June. Corbett spoke to Bloomberg Law about what the public should expect nearly two years into the pandemic, what she’s working on now, and why she took on her own public outreach efforts to get people vaccinated. 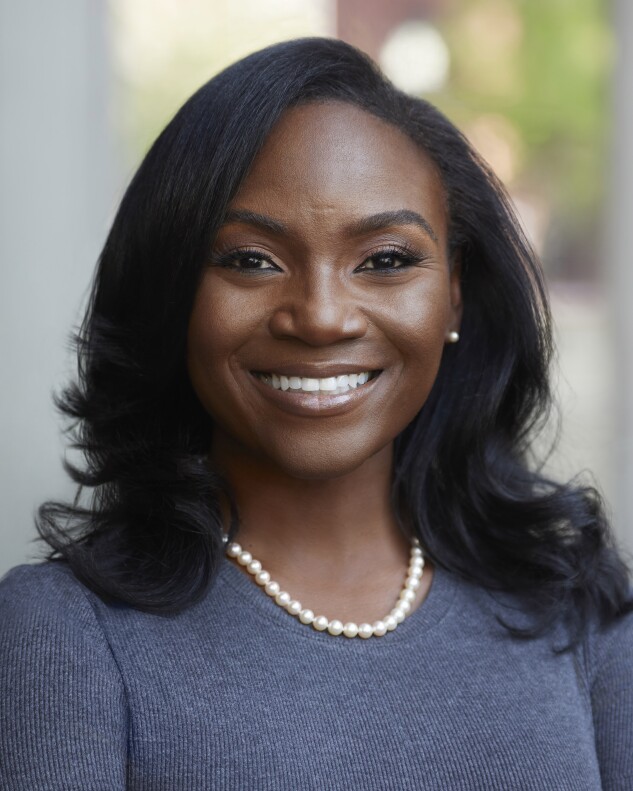 After about six years as an NIH research fellow, Corbett was looking to grow her career and had received offers for faculty positions. Then Covid-19 hit.

“It was my duty to serve in my public service capacity, given the knowledge and resources that I had at the VRC,” she said. “We’ve planned for that moment in so many ways with the pandemic preparedness program.”

But once the vaccine proved highly efficacious, Corbett said she felt she could comfortably move to the next stage of her career, focusing on public education and outreach.

A Twitter thread shows nearly 30 appearances, from churches to TV, plus radio hits, countless forums, and plans to volunteer in vaccine drives. Corbett flew to Chicago to witness the Rev. Jesse Jackson get his first shot. Following a presidential town hall in May, she stayed behind to answer questions on the vaccines—Corbett uses the term “vaccine inquisitiveness” instead of vaccine hesitancy—and showed up at the Walgreens where a family that attended that town hall later got their initial shots.

“What I knew would be devastating to me would be for me to basically put my life’s work into this moment, and then for whatever reason not have it be understood by people who I did it for,” Corbett said. “It was a moment to be the world’s vaccinology teacher.”

She preferred the churches and other community appearances over more high-profile ones such as a major cable network. “It was just very important for me to speak to people in their comfort zone, because science was my comfort zone,” she said.

Once her lab is up and running, Corbett said she’ll be working on building out a program that integrates viral immunology, surveillance, and vaccine design so when a virus jumps from animal to human, scientists will be better prepared to spot it and respond.

It’s a smaller scale version of a proposal she and Barney Graham, who recently recently stepped down as the VRC’s deputy director, wrote in a paper published in Nature last year. That idea is to build out potential prototype pathogens for the 26 families of viruses known to infect humans— a “periodic table of viruses” of sorts with a toolbox of possible reagents, animal models and vaccine designs, vaccine platforms, and distribution plans.

“If there are 26 families, so your family, for example, being one and my family being one, if scientists, vaccinologists et cetera study you enough, they probably could make a vaccine really quickly for your cousin—if your cousin was to arise as a pandemic,” she explained.

But to create that periodic table of viruses will require a global, multibillion-dollar effort spanning multiple laboratories and institutions. Corbett will contribute to a part of that, however she can. “I’m doing it from what I can do,” she said.

For now, she’s working out of a temporary space. Her new lab will focus on coronaviruses besides the one that caused Covid-19, and a few other pathogens. “We can’t have brain drain to SARS-CoV-2. If every single person in the world is working on one virus, you miss all the other viruses that are just hanging out in the reservoirs,” Corbett said.

Coronavirus mutations, though worrisome, are expected, she said. The mutations on the spike protein—what NIAID Director Anthony S. Fauci calls “the business end of the virus” because it’s the part that attaches to cells— have been seen in previous variants.

And while it’s too early to tell if omicron evades vaccines, booster shots excite the immune system’s memory response—rapidly producing antibodies in the event of another infection— in addition to increasing antibody levels.

“One of the reasons why I really love the immune system is because it remembers,” Corbett said. “The immune system was built for such a time as this as long as you’ve trained it. And that’s what the vaccines have done.”