is ceasing production of ventilators and returning the Michigan factory where they were built to full-time auto-parts output after completing delivery of 50,000 breathing machines to the U.S. government.

The automaker, which had been producing the devices in with , shipped its final unit Aug. 28 to help fight the , according to Rachel McCleery, a company spokeswoman. 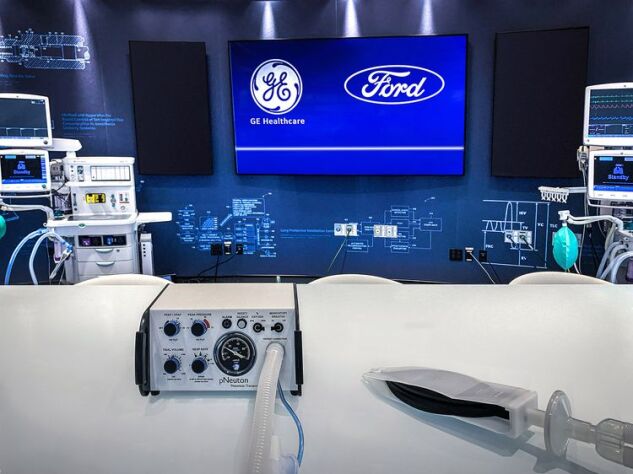 Ford’s Rawsonville Road plant already resumed auto-parts production in May as part of an industry-wide restart following a shutdown to contain the spread of the coronavirus. The ventilators were made in a separate part of the plant that didn’t affect output of auto components, including transmission oil pumps, electric battery packs and fuel pumps.

The company has said its factories returned to 95% of pre-virus production by the end of the second quarter after shutting down its U.S. plants in the spring in a bid to halt the spread of Covid-19.

Detroit rival and its partner also are scheduled to of 30,000 ventilators to the this week, Ventec Chief Strategy Officer Chris Brooks said in an interview. Ventec is taking over production at GM’s Kokomo, Indiana, factory, the automaker said earlier this month.

The U.S. car companies converted auto factories to manufacture ventilators and personal protective equipment in an effort they dubbed the Aresnal of Health, echoing Detroit’s World War II production of tanks and war planes known as the Aresnal of Democracy. President initially the companies for moving too slowly but ultimately praised them. He Ford’s Ypsilanti, Michigan, ventilator factory in May, where he courted controversy by choosing in public.

Ford and GE Healthcare had originally planned to complete ventilator output in mid-July but had to seek an extension from HHS to accommodate new suppliers that were ramping up parts production.

“We had to resource roughly one-third of the parts from new suppliers to meet an increased volume,” McCleery said in an emailed statement.

Ford will continue to produce personal protective equipment and said it plans to deliver 10 million face masks to school districts across the U.S.

To contact the reporters on this story:
in Southfield, Michigan at knaughton3@bloomberg.net;
in Arlington at sstein51@bloomberg.net