The US needs a stronger leader in its foods program to head off turmoil and interdepartmental conflicts that inhibit the agency’s ability to protect consumers, according to an outside review.

A stronger chief would be able to iron out conflicts between units like the agency’s food safety and food policy divisions that cover similar issues, and allow faster and more effective decision-making, according to the review requested by FDA Commissioner , while addressing public perceptions of the Human Foods Program as “sluggish and non-responsive to public health concerns.”

The agency’s food division has been under fire from critics who say its slow response to questions about safety at an Abbott Laboratories infant-formula manufacturing site led to a nationwide shortage of the products. The review, organized by the nonprofit Reagan-Udall Foundation, included a panel of independent food-policy experts who gathered recommendations for improvements from outside stakeholders. 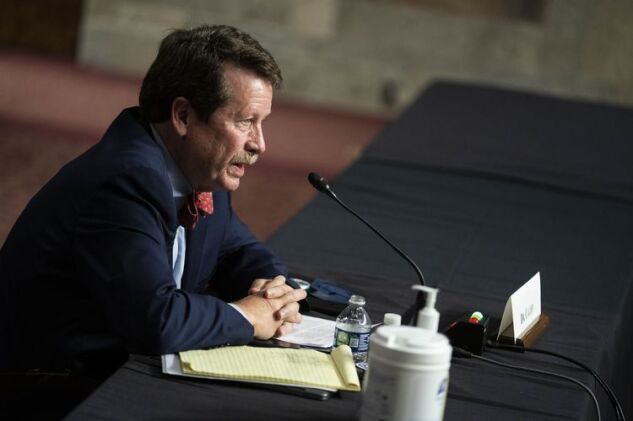 Food responsibilities at the FDA are shared among the Center for Food Safety and Applied Nutrition, the Office of Food Policy and Response and parts of the Office of Regulatory Affairs. The panel said in the report that “the current structure of the FDA Human Foods Program reinforces duplicative or competing roles and responsibilities, siloed work, and inadequate internal and external engagement.”

The Alliance for a Stronger FDA, an independent organization that advocates for increased funding at the agency, said in testimony before the expert panel in September that under-resourcing the program contributes to the issues facing the FDA’s food policy and response.

FDA’s food center came under scrutiny after Abbott temporarily closed its main production facility in Michigan after four babies who consumed formula made there were infected with cronobacter, and two of them died. Abbott has said there is no definitive evidence linking its formula to the deaths and illnesses and that it will invest half a billion dollars in a new facility for specialty and metabolic formulas.

Califf said he’s forming a group of agency leaders to advise him on how to implement the findings of the review and that he will “closely oversee the Human Foods Program until a determination is made on how we will strengthen and modernize the program.” An update on changes to the leadership structure will be provided by the end of January.

US House Appropriations Chair Rosa DeLauro, a Connecticut Democrat and one of Capitol Hill’s most vocal critics of the FDA’s response to the baby formula shortages, said in an emailed statement that she is “pleasantly surprised by the formal acknowledgment of the issues that plague the FDA foods program.”

DeLauro specifically highlighted the recommendations for the appointment of a deputy commissioner for foods and the creation of a single food safety agency under the jurisdiction of the Department of Health and Human Services, measures she proposed earlier.

“I look forward to working with the FDA on how they intend to implement the positive reforms in this report,“ she added.

To contact the reporters on this story:
in Arlington at ccastronuovo@bloomberg.net;
in New York at frutherford@bloomberg.net