A Delta Air Lines employee at Los Angeles International Airport on Aug. 25. The airline is instituting a health plan surcharge for unvaccinated workers to cover for higher costs of Covid-related care.
Photo by Mario Tama/Getty Images

saw about “a five-fold increase” of workers receiving Covid vaccinations after the second-biggest U.S. airline said last week it would impose a $200 monthly surcharge on unvaccinated employees.

The carrier was one of the first major corporations to take such a step, following full Food and Drug Administration approval of the and BioNTech SE vaccine.

The $200 monthly fee applies to employees in Delta’s health-care plan who haven’t received shots by Nov. 1. The airline is self-insured. Plan participants who are vaccinated also have a pay-protection program if they contract Covid-19. That’s no longer available for workers who aren’t vaccinated and get the virus.

“If this surcharge results in one person getting vaccinated, we feel wonderful about it, because we know that that will save lives,” he said in an exclusive interview Monday. “We considered all of the legal requirements under the ACA, under HIPAA, under all of those,” Carter said, referring to the Affordable Care Act and the Health Insurance Portability and Accountability Act.

The transcription of his interview has been edited for conciseness.

“It became clear that we were at that 25% [of remaining unvaccinated Delta employees] that were either waiting for the FDA approval, or really felt strongly that they didn’t want to get a vaccine, or needed a really strong reason to get vaccinated,” he said. “We felt we had done everything imaginable from an incentive perspective.”

“Honestly, that number would never reimburse us fully for that cost,” of paying for workers who had received medical care for Covid-19, he said. “We thought, just in thinking about numbers, what would make sense; what would be enough where, every month, every employee had to write a check for $200? We thought that was a good number.”

Has it worked so far?

“We wouldn’t want it to be so expensive as to be punitive,” he said. “We’ve seen, since we announced this less than a week ago, a five-fold increase per day [of workers receiving vaccines].”

“We went from 11 a day to 55 in one day,” he said of workers receiving vaccines. 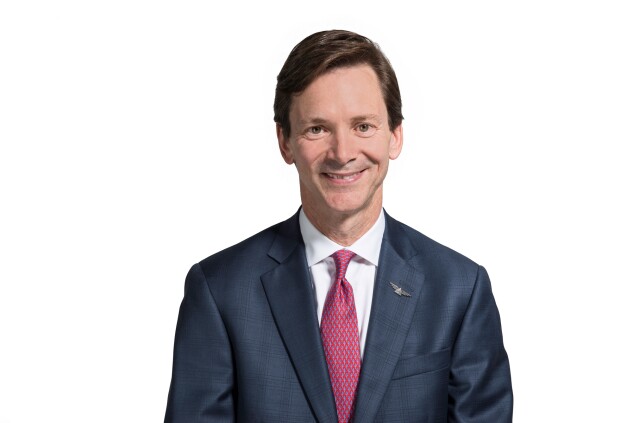 Could you share more details about how the plan will work? In addition to charging the unvaccinated workers $200 per month, will the company then rebate that amount to vaccinated employees in the health plan?

“No, there is no rebate mechanism at all,” he said. “It is a pure surcharge that will be paid.”

Did the company need employee consent to impose the new surcharge?

Do you know if other companies are considering a similar surcharge?

“We’ve had, I’ll say, dozens of companies reaching out to Delta,” Carter said. “This is clearly something that many other companies are considering, at least based on the calls we’ve been receiving.”

“We are not concerned on that front,” he said. “We pay, obviously, more than a living wage to all of our people, and we feel pretty comfortable that every employee could bear it without exception.”

Who are the Delta employees who are unvaccinated?

“If you were to look at the employees in our system who are not vaccinated, it generally aligns not so much by what they do, as opposed to where they live.”

Why didn’t Delta simply say you must get vaccinated to continue to work for us?

“I guess we trust our people,” he said. “If you’re mandating, you’re not giving those people who, for whatever reason, just absolutely will not, and then you’re in a place…that creates a very impossible situation.”

“We’ve done everything we could possibly do, as an employer, to ensure that folks have received the vaccine,”
he said.

Are you concerned about potential litigation, given that other employers have been sued, albeit outside of these exact circumstances?

“I am not,” he said. “This is kind of the natural, I’ll say, continuation of this real focus on protecting our people and doing everything as an employer that I thought we could do to help folks get vaccinated.”