The U.S. agency leading the fight against Covid-19 gave up a crucial surveillance tool tracking the effectiveness of vaccines just as a troublesome new variant of the virus was emerging.

While the Centers for Disease Control and Prevention stopped comprehensively tracking what are known as vaccine breakthrough cases in May, the consequences of that choice are only now beginning to show.

At the time, the agency had identified only 10,262 cases across the U.S. where a fully vaccinated person had tested positive for Covid. Most people who got infected after vaccination showed few symptoms, and appeared to be at low risk of infecting others.

With more than 164 million Americans vaccinated, breakthrough cases are expected. The number of them should rise as more people are vaccinated, simply because there are more vaccinated people who could get infected. While a similarly small proportion of vaccine breakthroughs was seen in clinical trials of the shots, state health officials said it was important to know how many are happening, how severe they are, and if they’re getting more common.

The CDC said when it announced the change in May that it would continue to collect data on breakthrough cases if the infections resulted in hospitalization or death — a rare occurrence, since vaccines provide significant protection. The decision to stop tracking non-severe cases was made to “help maximize the quality of the data collected on cases of greatest clinical and public health importance,” the agency says on its website.

But that decision to follow not track mild or asymptomatic cases is now being questioned, including by state officials dealing with the virus on the front lines.

At the same time the CDC stopped tracking those cases, the delta variant began to spread in the U.S. Small numbers of delta-variant cases were identified in mid-April. The strain began to take over in some parts of the country in June, then exploded nationally in July.

It now makes up the vast majority of cases, in part because it is more contagious than prior strains. New waves of Covid cases have caused a surge in hospitalizations in the South among unvaccinated people, and led the Biden administration and states to push for vaccine mandates.

“When I saw CDC was going to stop tracking vaccinated people who get infected, my heart sank,” said Charity Dean, who helped lead California’s response to Covid as the state health department’s assistant director. “We lost our shot at being able to characterize how this variant is moving through the population and how new variants might emerge.” 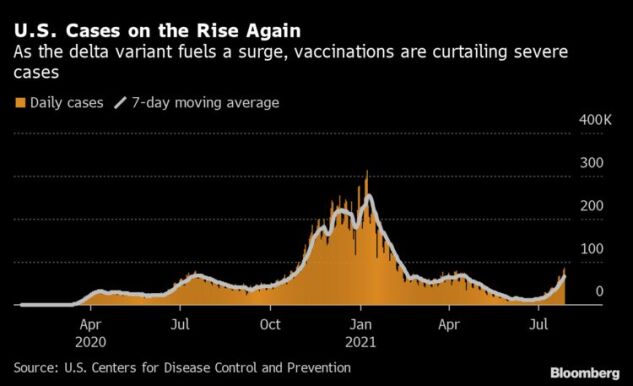 Not only is the delta variant more contagious, health officials now believe it more readily causes symptomatic — and contagious — illness in vaccinated people. That meant that unlike with previous variants, vaccinated people are more likely to spread the disease more easily to unvaccinated individuals or those who are vaccinated but vulnerable because of their age or health. It’s a new dynamic that punches a hole in the wall of immunity the U.S. had been building to cordon off and stamp out the virus.

The delta variant marked a crucial change in how the coronavirus behaved, and one with significant public health implications. Three months after the CDC stopped tracking milder breakthrough cases, the agency has reversed policy and said that even vaccinated Americans should put on masks again because of the risk that they can catch and spread the virus.

In a statement Friday, the CDC said it continued to follow trends in breakthrough cases using studies it has set up.

“CDC is actively tracking breakthrough cases as part of what are called cohort studies, which often involve tens of thousands of people across the country,” agency spokeswoman Kristen Nordlund said in an email. “We will continue to publish additional results from these cohort studies as they are available.”

Severe cases of disease in vaccinated people remain rare. Only 6,587 people in the U.S. have been hospitalized or died with Covid-19 after being fully vaccinated, according to the CDC.

The CDC is not without other tools to track breakthroughs and variants. It gets reports on severe breakthrough cases that result in hospitalization and death. Many states have not followed the CDC’s lead, and still tally breakthrough cases themselves. And the Atlanta-based agency is running several studies in vaccinated people to see how vaccines perform. But it has given up the ability to have near real-time numbers about what is happening on the ground, which time and time again has proven crucial in the fast-moving regional and national waves of infection.

“The more data you have, the better decisions you can make. So why would they knowingly turn away data which historically has been really important to have?” said Michael Kinch, director of the Center for Research Innovation in Business at Washington University in St. Louis. “For an administration that said they’ll be driven by the science, it makes no scientific sense.”

Bloomberg spoke to state health officials around the U.S., many of whom have continued to track all vaccine breakthrough cases despite the CDC’s decision. Many said that it was important to keep tracking breakthrough cases, especially in light of the delta variant.

New York state’s Department of Health has identified 11,025 vaccine breakthrough cases as of July 19. The proportion of breakthrough cases remains tiny — about 0.18% of vaccinated people. But department spokeswoman Samantha Fuld said that following the cases is a crucial part of public health vigilance.

“Data collection, such as tracking breakthrough infections, enables us to establish a complete, accurate, and real-time view to build our understanding of disease manifestations, vaccine efficacy, and efforts to inform public health intervention,” Fuld said.

Louisiana has likewise continued to track breakthroughs. When people test positive for Covid-19, the state cross references the tests against its vaccine registry, allowing it to identify people who were fully vaccinated but still got infected.

“Pre-delta, it probably made less sense for the CDC to track breakthrough infections,” said State Health Officer Joseph Kanter. “Now that it’s clear that a lot of these breakthroughs are delta, it’s more important to track that.”

New Jersey is also continuing to track the cases.

“It allows us to see if the vaccine is less effective over time, or if effectiveness is impacted by changes in virus variant,” said Edward Lifshitz, medical director of the state health department’s Communicable Disease Service.

Other states, however, have followed CDC’s lead and stopped.

South Carolina, Texas and Illinois all no longer track breakthrough infections unless they result in disease severe enough to hospitalize a patient or result in death. The states, on their websites or in response to questions from Bloomberg, said they were following the CDC’s lead. 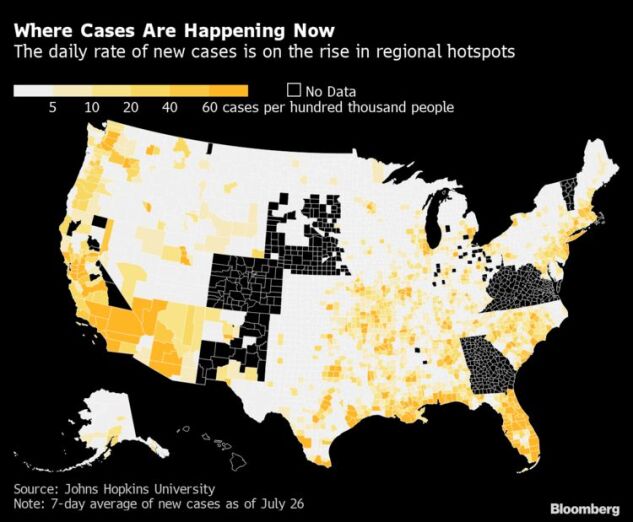 Nevada has also stopped tracking all but severe breakthrough infections. Cassius Lockett is the director of disease surveillance and control in the Southern Nevada Health District. Lockett said that identifying all breakthrough cases is harder work, since many people with mild or asymptomatic illness may not get tested. But, he said, he thinks CDC should have considered continuing to track milder breakthrough cases.

“If there was something like delta raging through the communities at the time, if we would’ve seen evidence that Godzilla was coming, I think we would’ve had a different conversation,” he said. “We would’ve made a strong argument and pushed back on the CDC to require reports of everything.”

There’s also evidence that suggests breakthrough cases can happen at a higher rate. On Friday, CDC of Covid cases in Massachusetts in July that found 274 symptomatic breakthrough cases, almost all related to the delta variant, among people on Cape Cod.

They got infected after attending “densely packed indoor and outdoor events at venues that included bars, restaurants, guest houses, and rental homes,” the CDC said — exactly the sort of socializing many vaccinated Americans are now doing. Preliminary study showed that many of them had levels of virus that were similar to unvaccinated people, meaning they could be just as contagious as somebody without a vaccine.

Following news of Massachusetts breakthrough cases, Senator Edward Markey, a Democrat who represents the state, said the CDC should resume collecting data on all such cases. In a July 22 letterto CDC Director Rochelle Walensky, he asked her why the agency had stopped doing so and said that health officials and workers need “robust data and information to guide their decisions.”

With better understanding of how delta spreads, different public health measures or warnings could have been put in place for vaccinated people, said Rachael Piltch-Loeb, a Harvard Chan School of Public Health researcher on public health emergency responses.

It’s hard to know if more tracking could have prevented the current Provincetown cluster, said Piltch-Loeb, but “maybe what we could have understood is that it’s not an all-clear. I think we gave the perception that there was an all-clear, and there wasn’t.”

The CDC’s studies will likely offer future updates on how the vaccines do against current and future variants. But many of the results are only as recent as March, before the delta variant began spreading widely in the U.S. Much of the real-time information on Covid is gathered by state and local health departments dealing with the virus.

“We’re in a war on the front lines and we need to know how delta is moving through populations and what’s about to happen,” said Dean, the former California official who is now chief executive officer of the Public Health Company Group Inc., which develops and sells services to monitor and fight outbreaks.

“Doing an academic study is valuable, but it’s going to take time to get that intelligence,” Dean said. “We cannot wait for certainty to act right now.”

To contact the authors of this story:
in New York at darmstrong17@bloomberg.net

in New York at frutherford@bloomberg.net

To contact the editor responsible for this story:
at jroeder@bloomberg.net