Robert Califf, who previously led the FDA in the final year of the Obama administration, will outline his qualifications for the role of commissioner at a Senate Health, Education, Labor, and Pensions Committee hearing.
Photographer: Win McNamee/Getty Images

President Joe Biden’s pick to lead the FDA will face questions on his longstanding ties to the pharmaceutical industry and the agency’s role in combating the Covid-19 pandemic at a key confirmation hearing Tuesday.

Robert Califf, who previously led the Food and Drug Administration in the final year of the Obama administration, will outline his qualifications at a Senate Health, Education, Labor, and Pensions Committee hearing—a crucial step in his path toward reassuming the reins of the agency.

Former FDA officials say widespread respect for Califf within the agency and across the drug industry can help push him across the finish line. But opposition from some Democratic lawmakers, who say the FDA should play a stronger role in addressing the opioid crisis and lowering drug costs, argue that Califf’s industry connections could get in the way.

Another issue for lawmakers is how Califf could help restore trust to the FDA, which has faced scrutiny over whether political pressure has influenced the Covid-19 vaccine and booster shot authorization process.

Some questions that will be directed toward Califf on Tuesday “are meant to actually get information from the nominee,” while “some of the questions are for senators to just make a point,” Howard Sklamberg, who previously served as deputy commissioner under Califf, said.

Califf will also likely face questions on integrating real-world evidence into clinical trials—an issue in which he took interest during his previous run as FDA commissioner.

Policy analysts say that resuming domestic and foreign inspections on drug products, which were largely paused during the pandemic, may also be an area of concern for some senators.

The HELP Committee must vote to support Califf’s nomination before it moves to the full Senate. 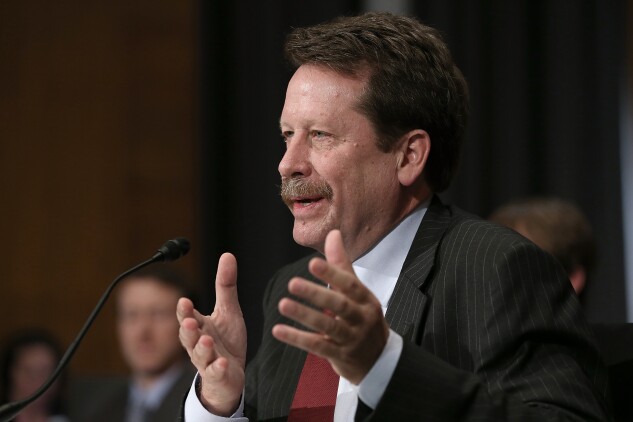 The committee hearing will see lawmakers press Califf on his history of working closely with drugmakers and whether that will undermine his ability to combat the ongoing opioid epidemic. Califf is currently the head of clinical strategy and policy at ’s Verily Life Sciences and Google Health units.

Ethics and financial disclosure documents that Califf filed last month showed he made millions of dollars from health and drug companies since his previous stint in government, including $2.7 million by Verily.

Democrats have been more vocal than Republicans about their concerns with Califf and his ties to the drug industry. Sens. (I-Vt.) and (D-Mass.) opposed Califf’s nomination during the Obama administration.

Sanders, a member of the HELP Committee, declined to indicate his current position on Califf’s nomination when asked by Bloomberg Law. The Vermont senator said in a statement following Califf’s 2016 confirmation that he was “not convinced” that Califf would “stand up to the greed of the pharmaceutical industry” and help lower drug prices.

The FDA doesn’t play a primary role in setting drug prices, but many have called for the agency to do so indirectly by approving more low-cost versions of brand-name drugs. Califf co-authored an editorial piece in 2019 that advocated for “a sustainable, fair payment system in which drug prices reflect the value provided and reward innovations that improve outcomes.”

Markey told Bloomberg Government he met with Califf to talk about his concerns and is reviewing the nomination. Other Democrats who previously tried to sink Califf’s nomination have not dropped their opposition.

The pace of the FDA’s responses to the Covid-19 pandemic is also likely to be front and center during Tuesday’s confirmation hearing, former FDA officials and policy analysts said.

“There’s been discussion about the pace of FDA’s evaluation and issuing of emergency use authorizations for the Covid vaccines and for boosters and for expanding them for children,” Sklamberg, now an FDA regulatory and policy attorney at Arnold & Porter, said. “Some say they move too quickly, some say too slowly.”

The former commissioner is “likely to be asked both about how political pressure has shaped FDA’s efforts and what the commissioner can do to overcome perception that politics is playing an undue role in FDA’s decision making,” Chad Landmon, a partner at Axinn Veltrop & Harkrider LLP, said.

Some senators say increasing the availability of Covid-19 testing is a priority. Sen. (D-Minn.), a member of the HELP Committee, told Bloomberg Law that while she has not made a final decision on whether she will support Califf, she “had a good conversation with him.”

“We had a broad conversation about his vision for the FDA,” Smith said. “I asked him specifically about my concerns about getting rapid tests out and more easily accessible and what the FDA can do with that in terms of the way that they authorize those tests.”

Some FDA regulatory responsibilities that have garnered less attention during the pandemic could also be brought into focus, Sklamberg said. While the FDA recently announced that it had surpassed its base goal for resuming domestic inspections of human and animal products, foreign inspections largely remain on pause amid the spread of new Covid variants across the globe.

Senators will also want to explore the agency’s progress in boosting the use of real-world data in drug development, said Stacy Cline Amin, former chief counsel for the FDA who also served as chief counsel to the HELP Committee during Califf’s previous confirmation hearings.

During his past tenure at FDA, Califf was a “leading advocate for real-world evidence and clinical trial innovation,” Amin said. Since then, the pandemic has forced U.S. health leaders to collect data outside of clinical trials, including from patient medical records and mobile devices, to make rapid decisions in the fight against Covid-19.

The Senate will want to examine “what actions FDA should prioritize, and whether his views have changed in light of the increased reliance on real-world evidence and clinical trial flexibilities during the Covid-19 pandemic,” she added.

Sklamberg predicted that, despite some Senate opposition, Califf is likely to be confirmed “pretty overwhelmingly” again. He added that Califf’s expertise and respect within the FDA are likely to hold greater weight as the pandemic rages on.

“You can’t be a senator and argue with Dr. Califf about clinical trials, because you’re not going to win that argument,” Sklamberg said. “When a commissioner really knows what they’re doing, they get a lot more deference than commissioners who have less experience.”

To contact the reporters on this story: at ccastronuovo@bloombergindustry.com; in Washington at aruoff@bgov.com