Robert Califf will lead the Food and Drug Administration once again after the Senate voted 50-46 Tuesday to confirm him, overcoming opposition from some lawmakers over his industry ties and the agency’s past actions on an abortion-inducing drug.

Califf will be tasked with overseeing the agency as it weighs clearing ’s Covid-19 shot for kids under age 5, as well as other vaccines and treatments for the virus. He’ll also be charged with rebuilding public trust after the FDA’s controversial approval of ’s Alzheimer’s drug and quick Covid-related authorizations.

Califf’s margin of victory was much smaller this time than when he was first confirmed to lead the FDA in 2016 in an 89-4 vote. Califf promised Democratic holdouts he would improve the accelerated approval pathway that attracted scrutiny after Biogen’s Aduhelm came to market. He also agreed to not work for a drug or medical device company or accept money from them for four years after leaving the FDA’s top role. 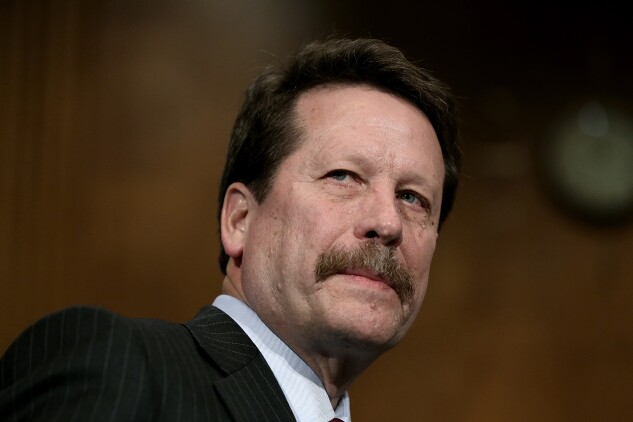 Sen. (D-Wash.), chair of the Senate committee that advanced Califf’s nomination in January, urged her colleagues Tuesday ahead of the vote to throw their support behind Califf. She said a Califf confirmation would “give families across the country the peace of mind and give the hard-working staff at the FDA the experienced Senate confirmed leadership it needs.”

Several Republicans, including some who supported Califf in 2016, remained undecided as of last week. A handful of Democrats, including Manchin and Hassan, previously said they would oppose Califf over doubts that he would take steps to strengthen opioid safety regulations.

Sen. (D-N.M.), who backed Califf in a January Senate committee vote, recently suffered a stroke and has been on leave of absence that fueled concerns that there might not be enough Democrats to rally behind President Joe Biden’s pick.

The Senate voted 49-45 Monday to end debate and allow a vote on Califf’s nomination. The Senate Health, Education, Labor, and Pensions Committee voted 13-8 on Jan. 13 to advance him.

Acting FDA Commissioner Janet Woodcock, who has been running the agency’s day-to-day operations since Biden took office, congratulated Califf on Twitter following his confirmation vote. She also announced that she would be staying at the FDA as the principal deputy commissioner under Califf’s leadership.

“As he demonstrated during his prior FDA tenure, Rob has a deep appreciation for the work we do across the entire FDA portfolio to protect the public,” Woodcock wrote. She added that in her new role, she can “both continue to work on so many of the issues and challenges we face” and “provide ongoing support to the new Commissioner.”

Califf’s confirmation was welcome news to some senators, policy analysts, and health advocacy organizations eager to see a confirmed leader at the helm of the FDA. But opposing senators and anti-abortion groups openly condemned the vote.

Blunt told reporters Tuesday ahead of the vote that Califf is “the best commissioner we’re going to get out of this administration.” He added that he recently met with the nominee and found him open to discussing decisions Blunt doesn’t agree with, namely the FDA’s actions to loosen some restrictions on the abortion drug mifepristone.

“I always found him very approachable when there are some things I disagree with, but I feel I have a better opportunity to have a challenging conversation with him on those things than would be likely with another nominee,” Blunt said.

Despite some concerns over Califf’s ties to the pharmaceutical industry, “the challenges that the agency continues to face in light of the pandemic calls for an experienced leader that understands the difficulties involved in drug development,” said John Serio, a partner at Withers. He added that Califf “has worked for decades conducting and overseeing clinical trials and having been the former head of the FDA, he has unique understanding of what is needed to help move promising therapies towards approval.”

American Heart Association CEO Nancy Brown said in a statement that Califf, a cardiologist, “has been a relentless force in the fight against heart disease and stroke” and as the FDA chief “will put this experience to work leading the agency’s critical efforts to protect and improve the public’s health.”

Friends of Cancer Research offered similar praise in a statement following the vote, writing, “The leadership Dr. Califf will bring to the FDA will be paramount to assuring the safety, effectiveness, and security of human drugs, and helping to speed innovations that make medicines more effective, safer, and more affordable.”

Meanwhile, anti-abortion group Susan B. Anthony List expressed its dissatisfaction with the confirmation. President Marjorie Dannenfelser argued in a statement that the confirmation “paves the way for permanent authorization of mail-order abortion drugs, at a dire cost to women’s health and safety and the lives of countless unborn children.”

The SBA List and other anti-abortion organizations had urged Republicans to vote “no” on Califf after the FDA relaxed regulations on the abortion-inducing pill mifepristone during his previous tenure in 2016. The FDA also moved in December to permanently remove the requirement that women visit a medical provider in person to get the drug, fueling concerns the agency could further ease access restrictions.

Califf faced several obstacles to confirmation this time around, including his longstanding ties to the pharmaceutical industry and criticisms over the government’s response to the opioid epidemic.

In the weeks after the HELP Committee vote, Califf met with several senators to delve deeper into some of his key priorities and assuage concerns.

Senate Finance Committee Chairman (D-Ore.) announced last week that he would vote for Califf after the nominee committed to holding manufacturers accountable for submitting postmarket data on drugs approved through the FDA’s accelerated pathway. “Too many families and taxpayers are paying sky-high prices for drugs that still haven’t been shown to have any clinical benefit, even as companies continue raising their prices,” Wyden said in a statement.

Sen. (D-Mass.) said Jan. 31 she secured a commitment from Califf “to recuse himself from matters involving his former employers and clients for four years, two years longer than what is required in the Biden-Harris administration’s Ethics Pledge.”

Sen. (D-N.H.), who supported Califf in 2016, told Bloomberg Law last month that she would back his nomination once again. Shaheen said that she sat down with Califf and found “he is very committed to trying to address the opioid epidemic.”

The White House had said Monday that it expected Califf to be confirmed, and deployed top counselor Steve Ricchetti, as well as Health and Human Services Secretary Xavier Becerra, to meet with dozens of senators who had yet to announce how they would vote on Califf’s nomination.

(Updated with additional reporting and comment, starting in the third paragraph.)