President Joe Biden’s choice to lead his health department is betting that a personal touch will secure enough votes to assure his nomination in coming weeks.

will face lawmakers for his second confirmation hearing Wednesday, sitting down with members of the Senate Finance Committee. A day earlier, he sought to retain the support of abortion-rights Democrats while also wooing the GOP during his meeting with the Senate panel that oversees health.

Outside his nomination hearings, Becerra has met with key Republican senators, even as several staunch conservatives in Congress and anti-abortion groups publicly condemned his nomination. And he’s made a point of talking with lawmakers about their home-state issues, saying he could help them as head of the Department of Health and Human Services.

Becerra’s resume is highlighted largely by fights—legal battles he waged as California’s attorney general against Trump administration policies. But to clear the Senate, he has focused on personal issues, including his own.

“Everything I do, including this, is a family affair,” Becerra said Tuesday at his first confirmation hearing, mentioning that his mother was a Mexican immigrant and his father died early this year. 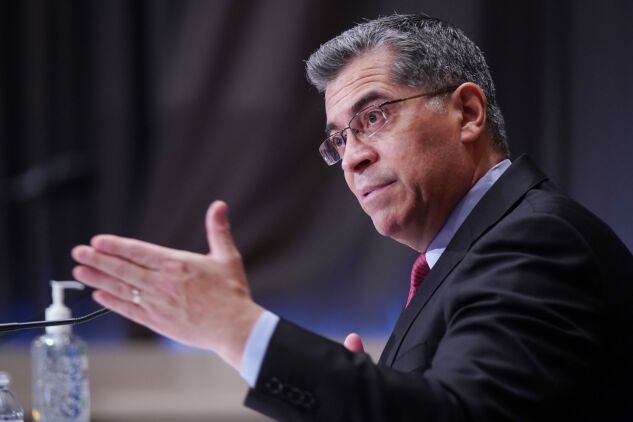 Becerra has spoken privately with Republican Sens. (Ind.), (La.), (Texas), (Idaho), (Alaska), and (Ohio) since being nominated, according to the lawmakers’ public comments and spokespeople from their offices. All sit on one of the two committees tasked with advancing his nomination.

It isn’t unusual for senators to meet with a cabinet pick. But Becerra’s opponents have used him as a stand-in for a number of hot-button political issues: abortion, expanding government’s role in private insurance, and the high price of medicine in the U.S.

In meeting with Becerra, these senators are likely discovering he’s personable and thoughtful, known for doing his research on complicated subjects, said Anna Weinstein, who served in the Clinton administration and has lobbied Becerra’s office. He may have sued the Trump administration repeatedly for its policies, but Becerra isn’t known as a firebrand, she said.

“I’ve been baffled by why he’s been the target of so much opposition,” Weinstein, a senior director at Hogan Lovells, said. “He is an incredibly reasonable human being. He’s a very mild-mannered person and polite.”

No Republicans have yet said they’ll back Becerra, but he may need the support of at least one to get confirmed. Democrats, who widely support Becerra, hold the narrowest possible majority in the Senate.

Groups that oppose abortion have targeted Sen. (D-W.Va.), hoping to convince the anti-abortion Democrat to vote against the nominations. Manchin hasn’t publicly stated his position on Becerra.

On Feb. 22, 11 Republican senators circulated a letter to Biden asking him to withdraw Becerra’s nomination because of his support for “radical” health issues and his efforts to ensure abortion access.

Becerra promised to “follow the law” when asked whether he supports using federal funds to pay for abortion services during his Tuesday hearing before the Senate Health, Education, Labor and Pensions Committee.

Becerra promised to work with Murkowski and Manchin on legislation to give more resources to health-care providers in rural areas, an important issue for both senators. He also said he would visit Alaska if confirmed, noting he and Murkowski had discussed a trip privately.

“I’ll be at that table talking with you and those who understand these unique needs of rural America,” said Becerra, who served 12 terms in the House.

While Becerra is trying to smooth his confirmation, more conservative groups launched advertising campaigns to defeat it.

Heritage Action called Becerra a “radical partisan” on Wednesday and warned he would alter immigration rules. The conservative group targeted ads to people in Alaska, Pennsylvania, Georgia, Utah, Maine, West Virginia, and other states where it sees potential swing-vote senators.

Cassidy questioned how Becerra’s background has prepared him to lead the HHS.

“What would you as the attorney think if I, the physician, were nominated to be the United States Attorney General as opposed to Merrick Garland?” Cassidy said during Tuesday’s hearing. “You would say ‘ah, that guy’s not qualified.’”

“He has fought to defend families’ health care in court,” she said. “And as secretary he will work with Congress to make sure every patient can get quality, affordable care.”