With Covid-19 shots in of arms by now, evidence is emerging of how well they work in real-world settings. Vaccines authorized for emergency use have successfully subdued epidemics in nations where at least half of the population is fully immunized. But as more-transmissible spread, driving fresh outbreaks and an increase in , health authorities are recommending some immunized individuals wear indoors to augment the protection of vaccines.

1. How good are Covid vaccines?

In general, the Covid shots are , though not perfect, at protecting against hospitalization and death. Researchers in Taiwan found that a 10% increase in vaccine coverage is associated with a 7.6% reduction in the case fatality ratio. Most vaccines also provide a very good shield against developing Covid symptoms, and some are able to provide good protection from being infected with the virus that causes Covid, SARS-CoV-2. The latter ability is important because it results in the kind of sterilizing immunity that stops the virus from spreading -- a feat that will bring the world closer to via so-called herd immunity. In any case, vaccination is associated with a 40%-to-50% reduction in Covid cases among an infected person’s household contacts, and it’s anticipated that vaccines will be even better at preventing onward transmission. 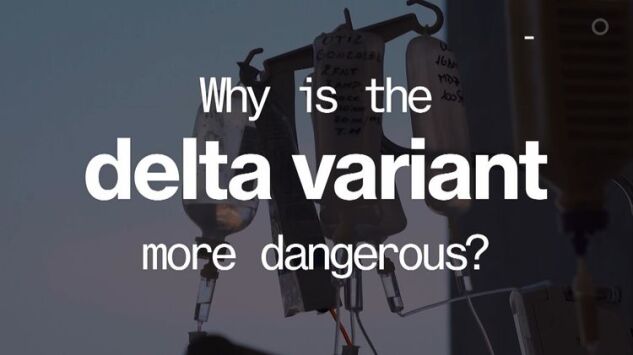 2. What are the caveats?

The evidence so far is skewed, with Israel, the U.S. and U.K. supplying the majority of the data, which pertains mostly to vaccines made by and and its partner . Estimates for Sputnik V and Sinopharm vaccines are the most limited. Also, although more than 90 vaccine effectiveness studies have been made publicly available, their quality varies considerably, according to the World Health Organization.

3. Are some vaccines better than others?

It , though there have been no head-to-head clinical trials. For now, the so-called mRNA vaccines made by and by Pfizer-BioNTech appear superior. Also, (most require two shots) appears to generate a robust immune response. Doctors have reiterated, however, that the is the one that’s available where you are, as any protection is better than none against this virus.

Efficacy levels estimated from clinical trials aren’t necessarily comparable because each vaccine study used different regimens and measurements. They also were undertaken in different groups of people and at different times, when different strains were prevalent. In some countries, like Chile, two vaccines have been administered , allowing for a comparison of the two groups. But the individuals receiving the shots may have differed in terms of their vulnerability and likelihood of being infected, so the effectiveness of each vaccine may not be directly comparable. Still, the results show how well vaccines are preventing Covid cases, hospitalizations and deaths from real-world data.

5. How durable is the protection?

We’ll know as more time goes by. An unpublished study by Pfizer researchers that followed vaccinated individuals for up to six months reported a gradually declining trend in vaccine efficacy against a symptomatic infection, but found their shot remained “highly efficacious” overall. Efficacy peaked at 96.2% in the two months after a second shot, and declined gradually to 83.7% from four months, and then by an average of 6% every two months. Waning vaccine-induced immunity is likely to be first detected by vaccine failures in vulnerable individuals, such as diabetes and heart-failure patients, and reflect lower levels of virus-blocking antibodies. U.K. researchers says that a likely scenario is that, as immunity gradually wanes, more vaccinated individuals will get infected, but their immune system will rapidly control the infection, resulting in no or mild symptoms. However, exposure to the virus will further boost and broaden their immune response to it. Vaccination campaigns against SARS-CoV-2 may continue for years, though follow-up research is needed to understand when will be needed and the optimal frequency for successive inoculations.

6. What effect are variants having on the potency of vaccines?

They differ. Delta, the strain first reported in India in October, is the most worrisome detected so far. Twice as transmissible as the coronavirus that sparked the pandemic, delta is becoming dominant globally. Studies from the U.K. have shown that it’s more resistant to vaccines than the alpha variant that emerged there in late 2020, particularly in people who have received just the first dose. Some researchers say that will require a higher proportion of people in the community to be immunized to slow, and eventually stop, transmission through herd immunity. The reduction in vaccine effectiveness caused by delta may vary by type. The Pfizer-BioNTech shot appeared to be more effective than AstraZeneca’s in a study published in the New England Journal of Medicine in July.

Vaccines have been shown to reduce the concentration of virus particles, or viral loads, in the airways of individuals who become infected. But delta is associated with viral loads that are 1,200 times higher in newly infected individuals compared with the original coronavirus strain -- a feature that helps delta spread as . That was seen in a dramatic outbreak in Provincetown, Massachusetts, in mid-to-late July, in which about three-quarters of the 469 Covid cases detected occurred in fully vaccinated people. The U.S. Centers for Disease Control and Prevention recently people return to wearing masks indoors in some situations. It considers delta more prone to breaking through vaccine-induced immunity and says it may cause more severe disease than all other forms of the virus, the New York Times reported in late July, citing an internal document that argues officials must “acknowledge the war has changed.”

(Adds additional research in sections 5 and 7.)

To contact the reporter on this story:
in Melbourne at j.gale@bloomberg.net

To contact the editors responsible for this story:
at bbremner@bloomberg.net