Autumn is my favorite time of year. The cool mornings, the brisk breezes, and the warm sun of many afternoons bring a sense of calm and happiness. I love the soft, warm colors of fall, the crispness of the midday light, the smell of apple cinnamon, and yes, even all things pumpkin spice. (I feel your judgment, and that’s OK.)

The changing of the season has helped me reflect on a change in my professional life this year. After more than a decade as a legal journalist, I joined Bloomberg Tax to take on a newly created position: editor-at-large for Insights & Commentary. In addition to editing insights and some daily news stories, I became an editorial brand ambassador, attending conferences and reaching out to law and accounting firms to recruit smart tax pros as contributing authors. I found myself leading audience engagement efforts such as Lunch & Learns, launching a career moves section, and coordinating a week-long celebration the tax profession (more on that in a bit).

I couldn’t imagine doing any of this a year ago, when I was leading a team of environment and energy reporters on the other side of the newsroom for Bloomberg Law. But change can open the door to some wonderful surprises and shift your perspective on what you can accomplish. 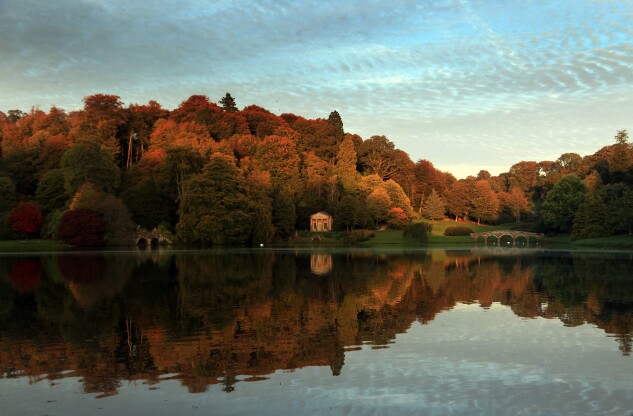 The evening sunlight illuminates trees with leaves that are beginning to change color besides the lake at Stourhead on Oct. 13, 2009 near Warminster, England.
Photographer: Matt Cardy/Getty Images

Many of you have had several types of jobs during your careers. Some have been positive and fulfilling—others, maybe not so much. But all of them have left you wiser and more accomplished than before. Here at Bloomberg Tax Insights & Commentary, we want to reinforce the importance of the tax profession and show others why they should consider a career in tax. We’ll be featuring special content and programming from Oct. 24–28 during what we’re calling “Tax Pro Week,” so stay tuned as we roll out announcements of our events later this month.

As the needs and demands of the tax profession change, we’re here to help you navigate a path that’s best for you, through our online events, insights and commentary, and other great content on The Exchange, Bloomberg Tax’s home for great commentary and insightful analysis on federal, state, and local tax issues—and where pumpkin spice lattes are optional.

Autumn means a return to Standard Time in most of the US on Nov. 6, but which two states and four territories are on Standard Time all year round because they don‘t observe Daylight Saving Time?

Answer at the bottom.

Although most Floridians know about the state’s homestead exemption, they may not be aware of some of the specific aspects of the exemption, which has three separate sets of rules, says Eugene Pollingue of Saul Ewing Arnstein & Lehr.

Too many people focus on saving for retirement but not about how they’ll use their finances after they’ve actually retired. Capital Group’s Leslie Geller says tax professionals and financial advisers should talk with their clients early and often about passing on retirement assets, taking distributions, and more to sidestep tax traps.

The allegations in an Aug. 23 lawsuit filed by two of Paul Newman’s daughters are common to hijacked estates everywhere. This particular case will hinge on how the court interprets whether the actions of the Newman’s Own Foundation’s CEO violated the Internal Revenue Code, says White & Williams LLP attorney Jared Johnson.

It’s time to start considering the issues that should dominate the national and international tax agendas for the next decade or two, says Sheffield University Management School’s Richard Murphy.

Fully understanding tax rules and the timings of tax relief changes could save corporate jet owners millions of dollars. Ryan DeMoor of MySky shares some key considerations on taxation in the corporate jet market.

As India continues to undergo significant development in commerce, technology, taxation, and trade, Sameer Gupta and Paresh Parekh of EY provide an overview of the recent developments and the resulting tax environment and incentives for multinational companies, in the latest article in the “In Focus” series.

Aimée Dushime considers the issue of wealth taxation in Africa, weighing the arguments in favor and against, and argues that a wealth tax can benefit African countries by driving economic growth.

The BEPS Pillar Two initiative has hit some barriers, giving multinational enterprises some time on implementation. Tom Gottfried of Valuation Research Corp. looks at a few of those roadblocks.

Incorporating three guiding principles—finding your North Star, investing in yourself, and leaving no stone unturned—can help set you up for career success, says EY’s Tony Nitti. 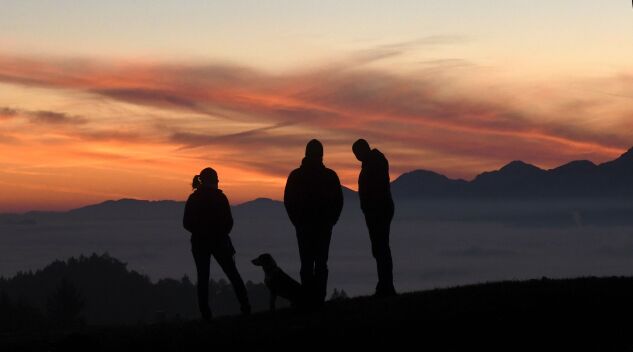 Silhouettes of people and a dog are seen as a view of the Alp mountains displays during the sunrise prior a sunny autumn day near the small Bavarian village of Irschenberg, southern Germany, on Oct. 28, 2021.
Photographer: Christof Stache/AFP via Getty Images

Remote work can make a company look more attractive to current and future employees, but it’s also a gateway into an intricate maze of tax rules. In this edition of “A Closer Look,” Baker McKenzie’s Erik Christenson and Imke Gerdes look at the international cross-border taxation issues posed by remote work.

Lack of communication and neglect routinely top the list of client complaints. Depending on the specifics, they can also lead to ethics problems. So how can you balance your sanity with client expectations? Here are a few tips from Taxgirl.

The realms now subject to King Charles III include a spiderweb of tax havens and secrecy jurisdictions that enable taxpayers to hide $32 trillion from taxation. This cross-border tax avoidance causes public treasuries around the globe to lose $483 billion in tax revenue each year. Charles now must use his bully pulpit to urge Parliament to shut down “the UK spiderweb,” Don Griswold says in the debut of his column, (Re)Thinking Tax.

Americans qualifying for the Biden administration’s student loan debt forgiveness program are likely to be on the hook for income taxes in a handful of states. Per one analysis, Arkansas, California, Indiana, Minnesota, Mississippi, North Carolina, and Wisconsin would apply the tax.

It’s been a busy week in tax news from state capitals to Washington. Here are some stories you might have missed from our Bloomberg Tax news team.

*Note: Your Bloomberg Tax login will be required to access Tax News. 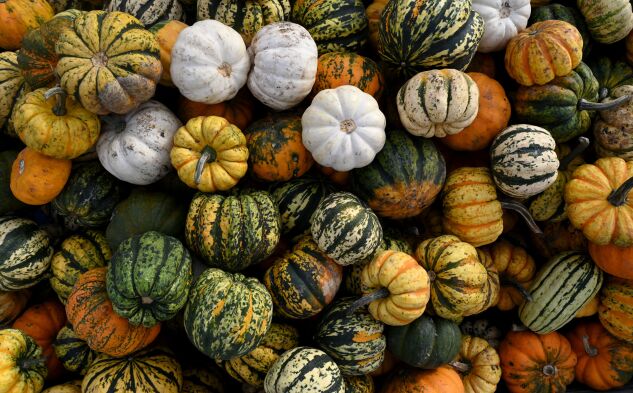 Pumpkins are pictured in a field near the village of Puchheim, southern Germany on Oct. 4, 2021.
Photographer: Christof Stache/AFP via Getty Images

Our Spotlight series highlights the careers and lives of tax professionals across the globe. This week’s Spotlight is on Ashley Hogsette, the chief legal officer for Synergi Partners, an incentive and tax credit consulting and processing company.

Brian Radigan has joined Morrison & Foerster LLP as a partner in the US federal tax group and global tax department, the firm announced.

Brown Schultz Sheridan & Fritz has added three new team members to the Pennsylvania team and hired one to the Frederick, Md. office, the accounting firm announced.

Macias Gini & O’Connell LLP has recruited Tony Smalls as partner and to lead their entertainment, sports, and media practice in Atlanta, according to the firm.

Sean Winkel has been promoted to an equity principal at Dark Horse CPAs, the firm announced.

Bloomberg Tax Insights has rescheduled the latest installment of its virtual Lunch & Learn series. Zoom with us on Oct. 12 from noon to 1 p.m. EDT for “What Tax and Legal Pros Need to Know About Retirement.”

We’ve recruited a top financial adviser who can help you prepare for your post-professional life. Matthew Grieb is a certified financial planner with Raymond James in the Washington, D.C., area. His practice focuses on sophisticated wealth management planning for business owners creating generational wealth, as well as for high-income specialty professions.

Tax Foundation, which bills itself as the nation’s leading independent tax policy nonprofit, will host its annual “Tax Prom” starting at 6 p.m. on Nov. 17 at the National Building Museum in Washington, D.C.

If you’re hosting an industry-wide event, let us know. You can email your submission to TaxEvents@bloombergindustry.com for consideration.

Hawaii and Arizona are on permanent standard time, as are Guam, American Samoa, Puerto Rico, and the Virgin Islands.

Sign up for your free copy of our newsletter delivered to your inbox each week. Just head over to The Exchange and sign up using the green “Free Newsletter Signup” box at the top—or just go directly to the newsletter sign up page.

Your feedback and suggestions are important to us, so don’t hesitate to reach out on social or email kerb@bloombergindustry.com.

To contact the reporter on this story: in Washington at rbaker@bloombergindustry.com