Two decades of financial disasters from Enron Inc.’s collapse in 2001 to ’s meltdown have left the Big Four accounting firms facing a major cultural problem that regulators may struggle to resolve.

The 1.9 billion euros ($2.1 billion) missing from Wirecard’s balance sheet brought the chief executive officer’s arrest, the German payments firm’s insolvency filing and a lot of finger-pointing. Some have blamed German regulator for its oversight failures. Wirecard’s auditor, Ernst & Young, called it an “elaborate” fraud that even a very rigorous probe may not have discovered. 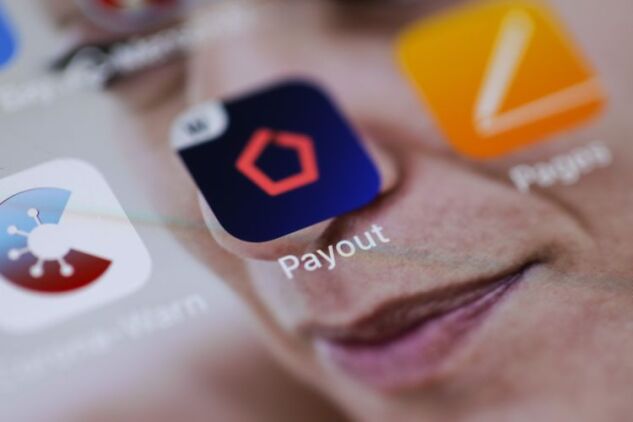 But EY is also on the hot seat. It was to a class-action style lawsuit against Wirecard on Tuesday, and stands accused of failing in its most fundamental duty. It’s a systemic problem facing not just EY, but also the other members of the Big Four: KPMG, Deloitte and , according to Atul Shah, an accounting and finance professor at City University of London.

“After the 2008 crash, hardly any auditor was fined or went to jail over their failure to warn society,” Shah said. “After that it got worse -- the common factor is the cultural problem.”

The Big Four have each developed lucrative advisory arms to compete with and other firms to provide the opportunity for revenue growth and brand building that accounting doesn’t. However, regulators say that creates an inherent conflict of interest and encourages the auditors to be restrained in their audits to protect consulting opportunities.

Now EY’s role as ’s accountant has prompted German politicians to blast their country’s regulators and to join their British counterparts in calling for the Big Four to be broken up.

EY is “committed to a multidisciplinary model” because it provides the “technical skills and industry expertise necessary to deliver high-quality audits,” as well as the resources to invest in technology, the firm said in a statement. “Quality audits depend on a broad team with diverse skills, delivered with a culture based on shared values,” it said.

Deloitte has been “consistent in our support for reform,” the firm’s deputy CEO, Stephen Griggs, said. “We remain committed to playing our role in delivering change that embraces audit quality, improves choice and restores trust.”

BaFin has already come under fire after it took more than a year to report Wirecard for suspected market manipulation following a tip-off from a whistle-blower about irregularities at the payments company. BaFin chief Felix Hufeld issued an apology, saying that it shared responsibility for the “complete disaster” at Wirecard because it didn’t do a good enough job as a regulator.

Fabio de Masi, a leader of Die Linke party in the German Bundestag, has demanded a “comprehensive reassessment” of BaFin’s role.

, a German member of the European Parliament, has called for the legislative body to open an investigation into Wirecard. He’s also asking the , the EU’s executive arm, to review its rules on auditing.

“We have to end the wrong incentives for statutory audits,” Giegold said, adding that “audit firms have to be fully separated from advisory business.”

On Wednesday, Wirecard’s offices in Germany and two locations in Austria were by Munich prosecutors as part of a probe into the scandal. Twelve prosecutors and 33 police officers are conducting the searches.

Even if the Wirecard scandal has shaken Germany’s financial sector, critics in the U.K., where the Big Four have a big presence, have been calling for reform for nearly a decade to little effect. That may be because the companies’ influence with regulators is too strong to allow a breakup.

“The audit regulatory landscape has few neutral voices,” said Karthik Ramanna, a professor of public policy at the , pointing to former Big Four accountants who take roles with the regulatory bodies. “Alumni abound.”

A number of former partners at the Big Four firms sit on committees at the Financial Reporting Council, the U.K.’s industry watchdog.

Paul George, who up until this year was the FRC’s executive director for corporate governance for 16 years, had previously been a partner at KPMG for 17 years, according to his LinkedIn entry.

The FRC said it has strict rules about members or former members of the profession sitting on its committees and is transparent on such matters. The law requires that no accountant or auditor can sit on a regulatory board within three years of leaving the profession, it said via email.

Michael-John Albert, who works on the delivery of audits at EY, and Veronica Poole, a senior partner at Deloitte, are members of the FRC’s corporate reporting council, an advisory panel without decision-making power. Councils include current professionals to give up-to-date insights, and are subject to the same conflict of interest rules, the FRC said.

Still, the influence of industry members is a force, experts say.

EY’s German unit said that Wirecard provided “false confirmations and statements” about escrow accounts and that “even the most robust and extended audit procedures may not uncover a collusive fraud.”

All of the firms have grappled with their own scandals in the last decade, many of which remain under investigation.

Last month, the FRC reprimanded KPMG after the firm admitted shortcomings in three years of work for a client, which had to restate its distributable reserves twice. The U.K. watchdog last week ordered a probe into PwC and EY’s work for defunct .

Last year, Deloitte was fined 4.3 million pounds ($5.3 million) for its failure to properly audit the accounts of a unit of .

The FRC already in April that its plans to force a split of the Big Four’s accounting and advisory units had been put on hold because of the coronavirus outbreak. Last week it said it’s now going “to move forward” with the plan to “achieve operational separation of audit practices,” and would implement that plan as soon as next year.

“A few months ago the threat of seismic government action seemed more credible but Covid has put a pause to that for now,” said Michael Willis, director of the ’s master of accounting degree program. “I don’t think we’ll see a lot of regulatory change in the short run because of the Covid volatility.”

There is precedent. When , the world’s largest energy trader, collapsed in a fraud of as much as $40 billion in 2001, Arthur Andersen was convicted for obstruction of justice before the conviction was unanimously by the Supreme Court in 2005. Still, it became the first large global accounting firm to be shut down and the “Big Five” became the “Big Four.”

“Post-Covid, if the world settles down to a world of tranquility, then it’s doable,” said John Gilligan, director of the Said Finance Lab in Oxford, and a former partner at Deloitte.

“But if you’re sailing a ship in a storm, you need to bring it into anchor in harbor before you can do any repairs.”

(Updates with overturning of Enron conviction in third-to-last paragraph)

To contact the reporters on this story:
in London at emilligan11@bloomberg.net;
in Geneva at hugomiller@bloomberg.net