The Senate confirmed retired Army General as defense secretary on Friday, making him the first Black leader of the U.S. military and the second member of President ’s cabinet to win approval.

The 93-2 vote came the day after both the House and Senate waived a law barring service members from leading the Pentagon within seven years of retiring. Austin, who rose through the ranks to command U.S. forces in the Middle East, retired in 2016.

“Mr. Austin will be the first African-American to ever helm the Defense Department in its history, a powerful symbol of the diversity and history of America’s armed forces,” Majority Leader said on the Senate floor. “Mr. Austin has a storied career in the Army, but those days are behind him. As secretary of defense he promised to empower and lift up his civilian staff, and I believe that he will be an outstanding secretary of defense for everyone at the Pentagon.” 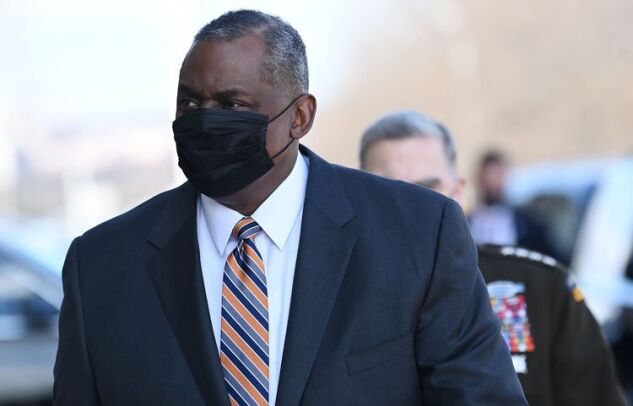 Incoming US Secretary of Defense Lloyd Austin arrives at the Pentagon in Washington, D.C., on Jan. 22.
Photographer: Brendan Smialowski/AFP/Bloomberg

Austin’s confirmation followed Senate approval on Wednesday for , the director of national intelligence. The Senate traditionally has sought to act on national security nominees quickly after a new president takes office to send a message of stability to allies and adversaries. Senate leaders were negotiating to resolve objections to taking up the nomination of as secretary of state.

At midday, Austin arrived at the Pentagon, where he was scheduled to receive briefings on issues from the coronavirus to China and the Middle East, according to a Defense Department statement. He also was scheduled to hold a phone call with NATO Secretary General .

In his first remarks to the military as secretary, Austin said one of his jobs -- along with ensuring U.S. forces have the “tools, technology, weapons and training” they need -- is to help the federal government accelerate efforts to get the coronavirus pandemic under control.

“You have already come to the aid of our nation’s health care professionals,” Austin said in the Friday message. “You can expect that mission to continue. But we must help the federal government move further and faster to eradicate the devastating effects of the coronavirus.”

Before the Senate vote, of Rhode Island, the top Democrat on the Senate Armed Services Committee, called Austin’s confirmation “an extraordinary historic moment.”

“A significant portion of our military forces today are African-American,” Reed said. “Now they can see themselves at the very top of the Department of Defense, which makes real the notion of opportunity, which is the bedrock of this country.”

In the House, Speaker on Thursday cited circumstances from the coronavirus and the “insurrection assault on the Capitol” to “the undermining of the Pentagon by the previous president” as requiring rapid confirmation.

Austin will lead a military where people of color are 40% of the active-duty force. In addition to overseeing military strategy and weapons spending, the new defense secretary will face festering social policy issues.

These include evidence that some current and former military personnel belong to right-wing extremist groups that participated in the attack on the Capitol, efforts to eliminate symbols of the Confederacy from military bases and the military’s failure to effectively curb and punish sexual assaults.

First, though, Austin had to win the waiver from the law that’s intended to preserve civilian control of the military.

In 2017, Congress approved a waiver for , a retired Marine Corps general, to serve as former President s first defense secretary. Lawmakers of both parties said at the time -- and have repeated now -- that such exemptions should be rare.

But Senate Minority Leader said on the Senate floor that he supported Austin despite concern about the waiver issue, calling him a “clear patriot with an impressive career” who is committed to “balance civilian-military relations.”

Testifying before Senate Armed Services on Tuesday, Austin, 67, pledged to respect civilian control of the military.

“I know that being a member of the president’s cabinet -- a political appointee -- requires a different perspective and unique duties from a career in uniform,” Austin told the committee. “So, if confirmed, you can expect me to empower my civilian staff.”

(Updates with Austin’s first message to the military from sixth paragraph.)