scrapped an agreement to spend $3 billion to buy stock from former Chief Executive Officer and other shareholders, despite threats of legal action from some members of the company’s board.

SoftBank had agreed to buy the shares from Neumann, and others as part of a bailout package last year, but stockholders in mid-March that conditions for the deal hadn’t been met. On Thursday, after the deal’s deadline passed, SoftBank confirmed it would end the offer, citing five conditions that were not satisfied by the closing date.

“SoftBank remains fully committed to the success of WeWork and has taken significant steps to strengthen the company since October, including newly committed capital, the development of a new strategic plan for WeWork and the hiring of a new, world-class management team,” said , chief legal officer at the company. “The tender offer was an offer to buy shares directly from other major stockholders and its termination has no impact on WeWork’s operations or customers.”

A WeWork committee of two independent directors voiced disagreement over SoftBank’s decision and suggested there may be legal action. 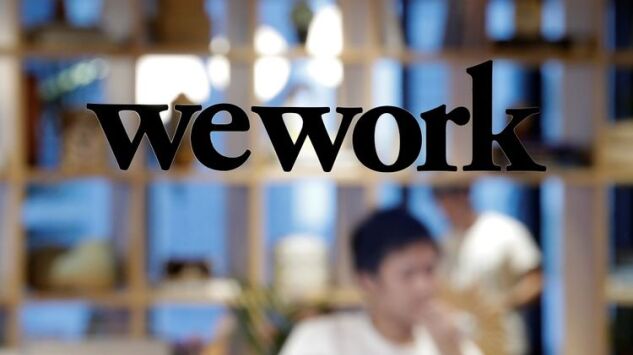 “The Special Committee is surprised and disappointed at this development, and remains committed to reaching a resolution that is in the best interest of WeWork and its minority shareholders, including WeWork’s employees and former employees. The Special Committee will evaluate all of its legal options, including litigation,” the committee, made up of Benchmark’s and another director, , said in an emailed statement.

The share purchase was hammered out in October as part of of WeWork, after the co-working company’s failed initial public offering left it weeks away from running out of money. In the deal, the Japanese conglomerate would have taken a stake of almost 80% in the company and buy $3 billion in shares from investors as well as current and former employees. Neumann, ousted in the deal, was set to sell up to $970 million in shares. The generous exit package angered many of his employees, had their jobs eliminated in the following months as WeWork parent tried to cut its expenses.

WeWork signs long-term leases with landlords around the world and then rents that space to smaller companies and freelance workers, a business that has been particularly vulnerable to the coronavirus and economic slowdown. In a letter to bondholders, it didn’t expect to hit its financial targets for 2020.

“Given our fiduciary duty to our shareholders, it would be irresponsible of SoftBank to ignore the fact that the conditions were not satisfied and to nevertheless consummate the tender offer,” Townsend said.

In the past few weeks, the shareholder buyout deal has become increasingly contentious. SoftBank to WeWork investors saying it could withdraw from the agreement if certain conditions weren’t met by the deadline. SoftBank cited regulatory concerns and a handful of government investigations into WeWork, including from the and the .

The two WeWork independent board directors , saying they would consider legal action if SoftBank pulled out. “Its excuses for not trying to close are inappropriate and dishonest,” a spokeswoman for the directors had said in a statement.

The latest deal is separate from SoftBank’s bailout of WeWork itself, a package that included $5 billion in new financing and the acceleration of an earlier $1.5 billion commitment. Most of the money would have gone to five shareholders, including Neumann and the venture capital firm Benchmark, which was looking to sell $600 million in shares, Bloomberg . Less than 10% of the proceeds would have gone to current WeWork employees, SoftBank .

Still, the transaction has repercussions for WeWork. As part of the deal, the company would have gotten $1.1 billion in debt financing from SoftBank if the share purchase was completed. The Japanese company has decided it is not legally obligated to provide that capital, although it may yet do so, according to a person familiar with the matter.

SoftBank and its affiliates have committed more than $14.25 billion to WeWork to date, including $5.45 billion since October, the company said in its statement. WeWork had $4.4 billion in pro forma cash and cash commitments at the end of 2019, SoftBank said.

Separately, SoftBank said it completed the sale of its U.S. unit to The deal about $40 billion in net debt from the Japanese conglomerate’s balance sheet.

(Updates with details on financing in 13th paragraph)