founder is poised in her criminal fraud trial to lay some of the blame for problems at her blood-testing startup on her second-in-command and ex-boyfriend .

Among the topics Holmes’s lawyers cited in a court filing Wednesday were the company’s lab operations, its financial modeling and its commercial roll-out with Walgreens, which ultimately failed two years before Theranos collapsed in 2018.

Holmes’s attorneys asked U.S. District Judge to let them use as evidence certain statements Balwani made when he was questioned by federal securities regulators. Balwani’s lawyer said the former Theranos president would invoke his right against self-incrimination under the Constitution’s Fifth Amendment if he were asked to testify at the trial, according to the filing. 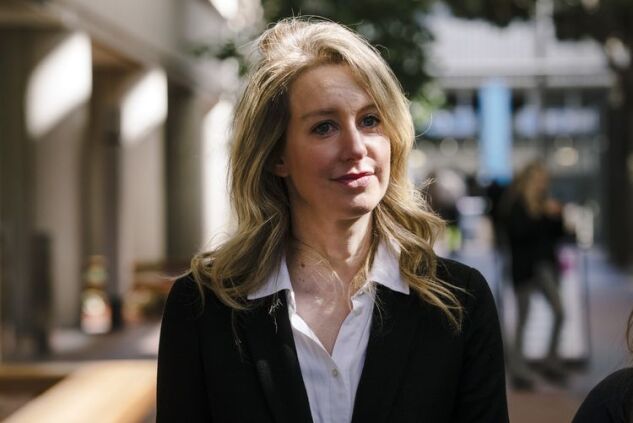 Holmes’s trial is in its 11th week. She has testified for parts of three days and is scheduled to return to the witness stand Monday.

She and Balwani face the same charges that they defrauded investors and patients by lying about the capability of Theranos machines, but he is scheduled for a separate trial next year. Both have pleaded not guilty.

Wednesday’s filing doesn’t make explicit claims that Balwani was responsible for mismanagement at the startup. But Holmes in her testimony has already sought to deflect some of the government’s allegations about illegal conduct at Theranos by explaining that as chief executive officer, she acted on information that came from her employees.

Holmes told the jury Tuesday that Balwani’s financial modeling produced discrepancies in revenue projections in 2014 and 2015, which is when the Walgreens relationship was faltering.

Holmes’s lawyer, , had hinted to the jury in his opening argument in September that part of her defense was to blame Balwani.

“You’ll learn that trusting and relying on Mr. Balwani as her primary adviser was one of her mistakes,” he said.

, Balwani’s lawyer, didn’t immediately respond to a request for comment.