founder is in Thursday, charged with misleading investors about the state of the company, which he left in September.

Here are some excerpts from the U.S. Securities and Exchange Commission’s 66-page complaint against him, as well as the criminal indictment:

Milton was “intensely focused” on the company’s stock price, calling and texting senior executives to “do something” on days when the shares were falling, the SEC complaint says. He also “tracked the daily number of new Robinhood users who held Nikola stock.”

Milton used his social media presence and appearances in interviews to announce new initiatives and changes, before informing the company, the SEC said. 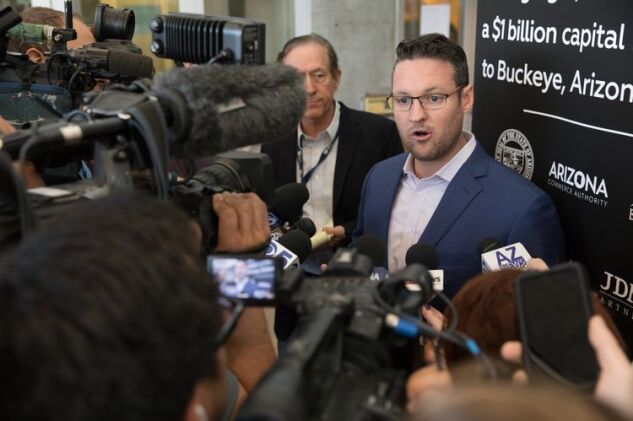 “On June 25, 2020, Milton sent a series of tweets from his personal account in which he claimed that Nikola would offer a drinking fountain in the Badger. This information came as a complete surprise to Nikola’s designers, engineers, and marketing personnel. When informed of the tweets, one engineer questioned whether ‘this [is] a joke,’ a marketing employee wrote that his ‘head is fuzzy,’ and a designer texted, ‘[u]hhhhh what.’”

Nikola executives repeatedly tried to rein in Milton’s social media, the SEC said. At one point the president asked Milton to let the company’s chief legal officer pre-screen his tweets -- an effort akin to what did with after the SEC him over his tweets.

“Senior Nikola executives attempted other tactics in the spring and summer of 2020 to try to rein in Milton’s social media presence, to no avail.”

They scheduled media training for executives at the company, but Milton did not attend. Instead, Milton’s response was to assert “that these senior executives did not understand current capital market dynamics or what he was trying to accomplish with retail investors, and that he needed to be on social media to put out good news about Nikola to support its stock price.”

At a press conference Thursday, , the SEC’s head of enforcement, highlighted the obligations of corporate officers to provide complete and accurate information about their companies.

“There is no end-around or exceptions to this obligation,” Grewal said. “Corporate officers cannot say whatever they want on social media in violation of federal securities laws.”

“Another time, Milton cited the non-binding nature of the reservations in an attempt to convince a potential customer to double the amount of reservations.”

“Milton wrote to this party, ‘[y]ou had asked for 50 trucks that would have been $500 for each deposit. What I did since it is fully refundable at any time, is put you down for 100 at $250. You can cancel at anytime any of those.’”

When Milton touted the Badger pickup as being “built,” “done,” “real,” and a “fully functioning vehicle inside and outside,” Nikola’s Vice President of Technology referred to the Badger in an internal email as “vapor ware” with “no technical plan,” according to the SEC.

According to the SEC, a Nikola engineer said in December 2016 that the truck they were working on was “not even remotely ready to operate.” One of the reasons why: “all electrical components were powered through a cord running from an external power source, rather than the truck’s battery.”

In the criminal complaint, prosecutors said, contrary to Milton’s claims, “Nikola had not successfully reached the milestone of creating a fully functioning prototype at the Nikola One launch event on December 1, 2016. In fact, the Nikola One prototype was not completed, let along tested and validated, by the time of the unveiling event.”

For example, “the prototype was wholly missing significant parts, including gears and motors, and the control system (i.e., the system that communicates the driver’s directions to the vehicle) was incomplete. The infotainment system in the cab was also incomplete. Instead, for the purpose of an unveiling event, tablet computers or other computer screens were mounted into the areas where screens for the infotainment would be, and the screens were set to display images created to have the appearance of infotainment screens, with speedometers, maps, and other information displayed.”

“Further, the truck was towed onto the stage at night prior to the event, and the screens and lights were powered by an external battery and power cord running under the truck to the wall, which had to be manually disconnected as the stage spun.”

“Similarly, an air line had to be connected to the vehicle to keep the truck’s air suspension and air brakes working, because there was a slow leak in the truck’s air supply. Nikola personnel operated the truck’s headlines at the event by remote control.”

(Updates to include Milton’s not-guilty plea.)