The researchers flew to the nation’s capital this week from as far as Seattle for two days of technical, scientific, sometimes dry advice-giving to EPA on federal air pollution limits.

So why would the group carry on with formal meetings despite no assurance that the Environmental Protection Agency will give its work any more credence than other unsolicited public comments?

“I know what is going on, and I am here because I care,” said Christopher Zarba, who served as the head of the EPA Science Advisory Board Office until his retirement in 2018. “I couldn’t, in good conscience, be out there playing golf when I knew I could be making a difference here.”

The group calling itself the Independent Particulate Matter Review Panel met Oct. 10 and 11 in a Marriott across the Potomac River from the nation’s capital. The nonprofit Union of Concerned Scientists offered to defray airfare and lodging costs, although some members paid their own way. 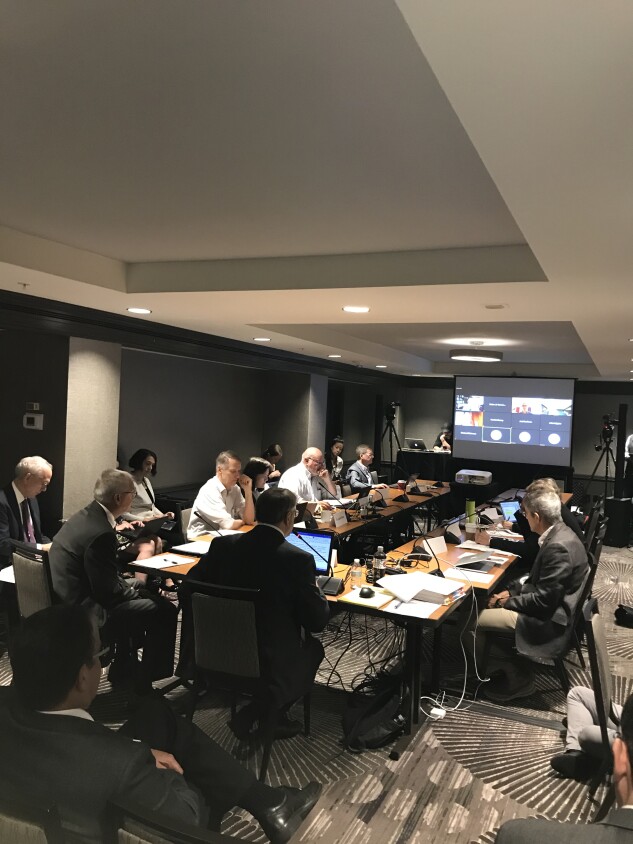 The independent panel is made up of 20 mostly academic scientists who were initially selected and vetted by the Obama administration’s EPA to counsel CASAC. But Wheeler—who wants to complete a review of air quality standards of fine airborne particle pollution and ground-level ozone by the end of 2020—dismissed them last October, saying they took too long to deliberate.

Wheeler last month appointed a dozen ad hoc scientific consultants, which will respond to CASAC questions in writing—but not hold public meetings.
Christopher Frey, a North Carolina State University civil and environmental engineering professor who is chairing the informal panel, questioned the ad hoc group’s expertise, noting that it lacks an epidemiologist who can analyze the latest studies and speak to the health effects of air pollution.

“EPA is committed to scientific integrity and transparency,” the agency said in response to questions. “EPA has the utmost confidence in its career scientist and the members on its science advisory boards and panels. EPA routinely takes comments from the public and outside organizations, including those not employed or associated with EPA, and will continue to take into consideration those comments that meet our scientific standards.”

Frey said he hopes the EPA will take his panel’s comments seriously, especially as it has the expertise in reviewing air quality standards that the agency advisers appear to lack.

‘Cart Before the Horse’

Some of the informal advisers appeared via teleconference, but more than half met in person, including Lianne Sheppard, a University of Washington biostatistics professor, who said the group “is making sure the best possible science is used to protect the public.” 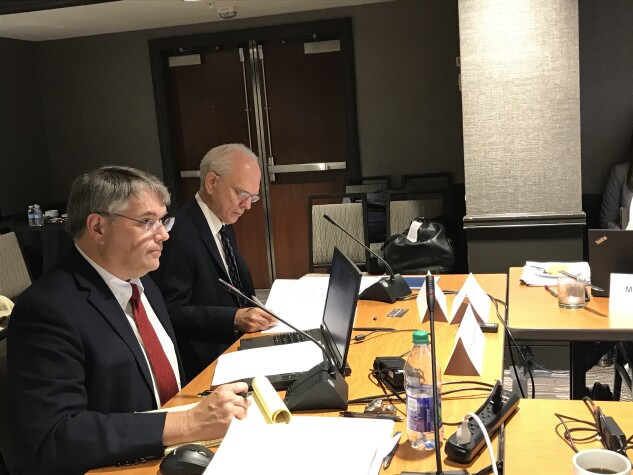 The panel plans to write its own recommendations and submit them in letter form to CASAC before it meets Oct. 24-25 in North Carolina.

“There is no question there is a lack of regard for science under this EPA leadership,” said Frey, who chaired the EPA panel between 2012 and 2015. “I don’t think scientific review should be sacrificed to meeting deadlines.”

Throughout sessions, the gathered scientists said the EPA staff has been placed in a quandary by the agency leadership that is forcing them to reach conclusions about the need to maintain or strengthen current standards for particulate matter pollution.

The policy judgments, still in draft form, are based on an earlier draft scientific assessment, which is yet to be finalized and on which questions still remain unresolved.

“This is like putting the cart before the horse,” said Ron Wyzga, a retired senior technical executive with the nonprofit Electric Power Research Institute. “It is difficult to judge the policy assessments before we have the final integrated science assessment before us.”