The L Street Power Station provided Boston with electricity for more than a century, burning coal and belching fumes into the sky. Mostly mothballed in 2007, it could soon be reborn in a much different form.

That is the goal of Hilco Redevelopment Partners, a closely held company that plans to rehabilitate four former coal-fired plants it acquired over three years, including South Boston’s L Street Station. Hilco has been repurposing abandoned industrial sites since 2010. Now it is targeting coal plants as the fuel is squeezed off the grid by cheaper and cleaner natural gas, wind, and solar.

“We started with the automobile sector because cars were hurting, and then steel mills because steel was hurting,” Hilco Chief Executive Officer Roberto Perez said in an interview. “Now it’s the coal sector that’s hurting.” 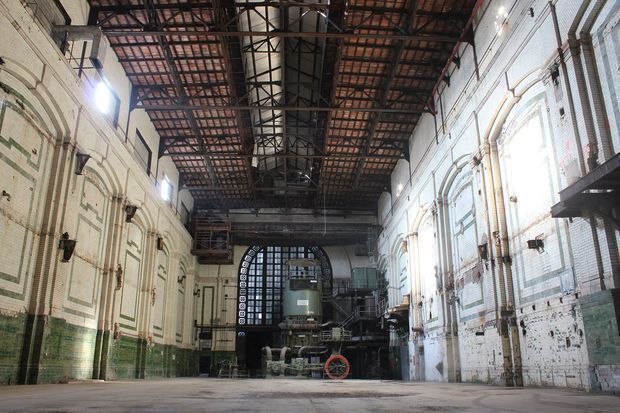 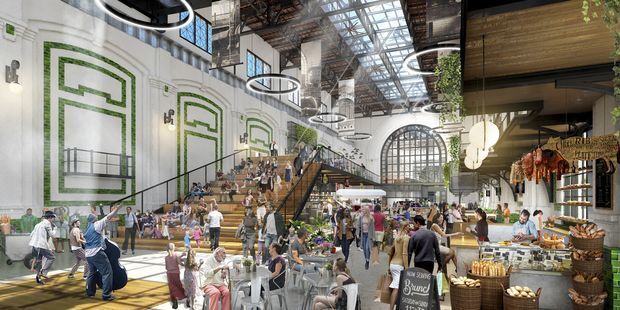 The 15.2-acre L Street Station property sits on the Reserved Channel just across the Summer Street bridge from Boston’s busy Seaport District. Only a decade ago, the Seaport District was little more than a crazy quilt of outdoor parking lots and warehouses.

Then the area sprouted offices for General Electric Co., Amazon.com Inc., and other high-tech firms, as well as luxury condominiums, museums, and some of the city’s hippest restaurants.

Hilco would like to mirror that success. The company already owns shipyards, factories, and office buildings elsewhere in the U.S., and began adding power plants to its portfolio with the 2016 acquisition of L Street. The plan for L Street: Spend 2019 focusing on demolition and remediation, while keeping intact four historic turbine halls and their 19th-century architectural flourishes.

Construction is set to begin in 2020, Perez said. The project’sfirst stage could be completed in 2022, and the entire job could last 15 years. Perez declined to provide a budget, but the cost could be in the hundreds of millions of dollars.

The jobs can be complicated because decades of burning coal means they require significant remediation, said Perez. That adds risk to the projects and demands different types of skills.

In January, Hilco acquired two closed coal plants in New Jersey from Public Service Enterprise Group Inc. In 2017, it bought NRG Energy Inc.’s Crawford Generating Station, a Chicago site that was shuttered for five years because it would have required costly retrofits to comply with environmental regulations.

Hilco is looking at other U.S. coal plants and expects to complete at least one more deal this year, according to Perez. 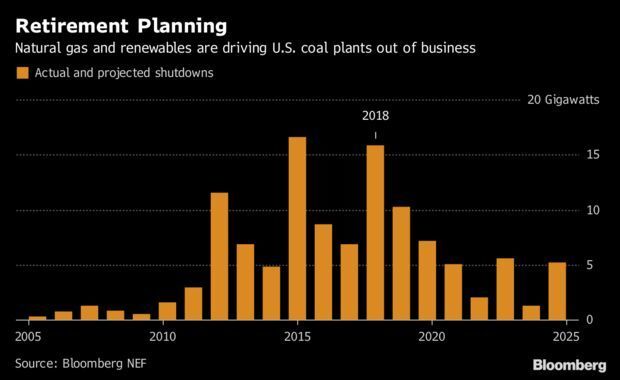 Meanwhile, he added, “coal is facing an uphill slog.”

Industrial spaces also tend to have large, open rooms that give designers and architects plenty to work with. And sites that were once at the outskirts of town are now more centrally located as the surrounding communities have expanded.

Hilco’s other coal plant developments are slated to become warehouses or industrial parks. The sites are well-suited for these applications because they are often close to railroads or water, from the days when coal was delivered by the ton. And of course, the former power plants typically have systems in place to deliver lots of electricity.

(Michael R. Bloomberg, the founder and majority stakeholder of Bloomberg LP, the parent company of Bloomberg News, has committed $500 million to launch Beyond Carbon, a campaign aimed at closing the remaining coal-powered plants in the U.S. by 2030 and slowing the construction of new gas plants.)

To contact the reporter on this story: Will Wade in New York at wwade4@bloomberg.net

To contact the editor responsible for this story: Lynn Doan at ldoan6@bloomberg.net