Agencies uprooted by the Trump administration and moved to the middle of the country are facing deep staff recruitment challenges, with critics of the moves hoping President-elect can reverse them.

Trump argued that the agencies should be closer to their constituencies — the land bureau to the oil drillers, outdoors enthusiasts, and ranchers who use the land, and USDA agencies to the farmers who depend on federal resources. The moves also supported his campaign’s promises to “drain the swamp” in D.C. and decentralize the federal government.

But opponents argued at the time that the moves would lead to the agencies being too far removed from decision-makers in Washington, while draining the bureaus of expertise.

“I’ve always supported the idea that the Department of the Interior should have more staff out on the ground — but this move risked isolating BLM leadership from the Department and making them less accessible to local stakeholders throughout the West,” said Sen. (D-N.M.), who is one of the names floated to head the Interior Department under Biden.

Now, both face recruiting challenges as the Biden administration takes over and must decide how to deal with government agencies altered by Trump. Especially for the land bureau, congressional supporters and former officials say a move back to Washington may ease policy coordination and staffing issues. But others say reversing the decisions could cause more disruptions to staff and their work. 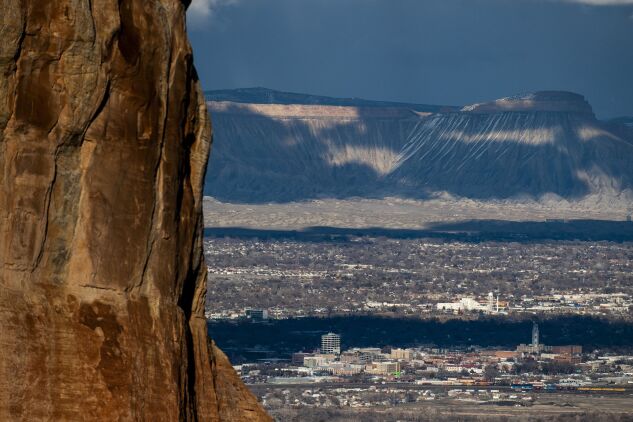 The city of Grand Junction is seen from the Colorado National Monument.
Photo: Michael Ciaglo/Bloomberg

The Interior Department this year completed its relocation of the Bureau of Land Management’s home office from Washington, D.C., to Grand Junction, Colo., which is about 250 miles from Denver, the nearest major city.

Interior Secretary David Bernhardt said relocating the bureau would ensure its headquarters was in the region where it manages the most land, so decision-makers would be surrounded by people directly subject to those decisions. Many Republicans strongly backed the move and its rationale.

As part of the bureau’s reorganization, about 300 of its headquarters staff were moved to offices scattered around the West, with about 40 people relocated to the Grand Junction headquarters and 60 people remaining in Washington.

The Agriculture Department also justified the move out to the Midwest as a way to “place important USDA resources closer to many stakeholders,” Secretary said in a letter to staff.

ERS conducts research and analysis on the agricultural economy, food and nutrition, and global markets, among other policy areas, publishing reports and data. NIFA, created under the 2008 farm law, funds agricultural research and education, focusing on science policy.

But , former USDA chief economist, countered that the reasoning to move personnel to the heartland “didn’t make sense” because much of the agency’s work is used by government officials and other industries in Washington.

“I just thought that was a very cynical and calculated move to get people to essentially drop out,” he said, pointing to the Trump administration’s lower budget requests for the agency. “If you make a move like that, you’re going to lose a good proportion of people that work in that agency.” Glauber is now a senior research fellow at the International Food Policy Research Institute. 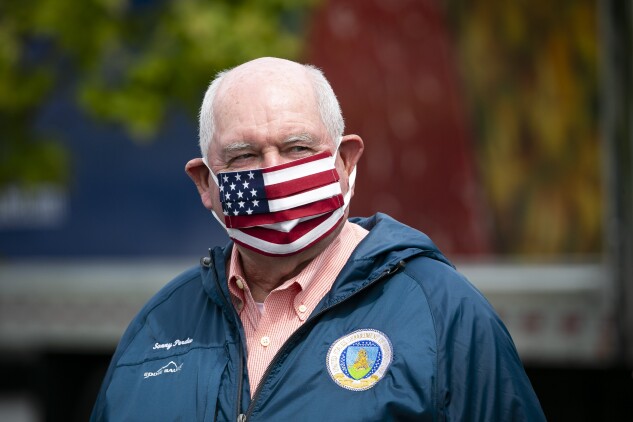 Both the land bureau and USDA agencies have had trouble hiring and retaining qualified staff since the moves out of Washington. Current and former employees of both departments said the moves prompted longstanding experts within the agency to retire.

About three-quarters of affected Agriculture Department employees decided to leave the agencies rather than relocate, the Congressional Research Service reports. Similarly, many Washington-based staffers at the headquarters of the land bureau chose not to move to the West.

“Many of the positions that were transferred to the new HQ in Grand Junction and to other BLM offices in the West were vacancies rather than encumbered positions, as many employees chose not to make the move,” said Mary Jo Rugwell, a former land bureau Wyoming state director who retired in 2019.

A current ERS employee considered the Kansas City move a career opportunity in a more affordable city with a better commute. But the employee said hiring efforts in Kansas City have been hampered by applicants turning down job offers, which could strain staff morale over time.

New researchers often still need to develop the policy expertise necessary for the work ERS does, said a former employee who transferred to a different Washington-based agency.

Another former ERS employee who returned to work with the agency part-time said he noticed they have published fewer reports since the move, due to the drop in staffing levels and related expertise.

An Agriculture Department spokesperson said ERS had 15 new employees and 16 relocated employees in Kansas City as of September 2019, while 74 staffers permanently remained in Washington and 38 others had delayed relocation orders.

ERS has held two hiring events, attracting more than 700 people, and efforts will continue into 2021, the spokesperson added. The agency filled more than 100 positions in fiscal 2019 and 2020.

Many congressional Democrats opposed the relocations, with Rep. (D-Maine) saying she stood against the USDA moves because “it was not done in the best interest of farmers, ranchers, or the agency.”

Pingree, who holds seats on the House Agriculture and Appropriations committees, said she’s “encouraged that members of the Biden administration’s USDA Agency Review Team have highlighted plans to reverse the Trump administration’s hollowing out of subject-matter experts at USDA and refocus the agency on much-needed climate research.” 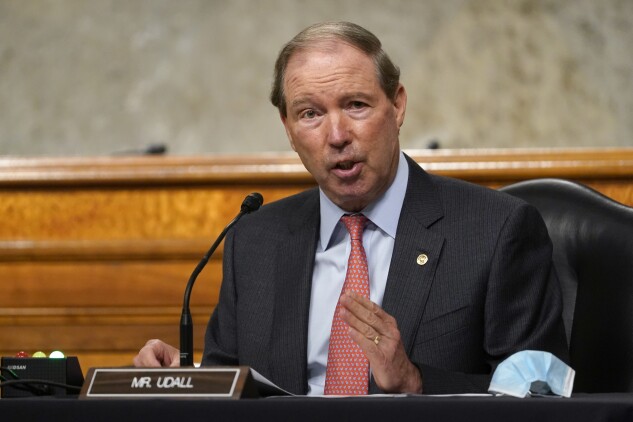 Sen. Tom Udall (D-N.M.) is one of the contenders to become Interior Secretary under the future Biden administration, and has criticized the land bureau’s move West.
Photographer: Susan Walsh-Pool/Getty Images

Interior rushed into moving its headquarters without providing any evidence to Congress or the public to show the relocation improved the bureau’s ability to do its work, Udall said. Haaland said via email that the land bureau in the Trump administration has been “gutted and understaffed.”

“The BLM is most efficient and effective when it has improved access to other Interior staff, the White House, and Congress, as well as its long-time workforce, many of whom declined to move to Grand Junction,” Haaland said.

But reversing the decisions could cause more hurdles. Glauber, the former USDA chief economist, called the possibility of an ERS relocation “problematic,” as another move would further disrupt lives and rack up costs.

, director of the Office of Personnel Management under President George H.W. Bush, agreed, saying she would be “surprised” if Biden’s team seriously discussed it.

“A lot of work is being done on the internet, and so what difference does it make where they are?” she said.

To contact the reporters on this story: at bmagill@bloombergindustry.com; in Washington at mboyanton@bgov.com