Richard Glick, a commissioner of the Federal Energy Regulatory Commission, listens during an open meeting in Washington.
Photographer: Andrew Harrer/Bloomberg via Getty Images

More than two decades ago, Rich Glick contended with blackouts in California amid a severe drought, power plant outages, and market manipulation that squeezed electric utilities and became a political headache for him and his Energy Department colleagues.

Now that he’s FERC’s chairman, Glick, 59, seeks to avoid a similar situation as he stares down a sweltering, stormy summer and awaits a Senate decision to extend his tenure.

“The lesson to be learned from that is: You gotta be proactive,” said Glick, a Democrat. He spoke to reporters after the commission proposed rules to protect the grid from climate change-fueled extreme weather events and to lower barriers for renewable power waiting to connect to the grid.

“I think we’re being much more proactive these days,” he said.

But Glick’s critics question whether the independent energy regulator is being proactive in the right ways.

Since his renomination by the White House in May to another five-year term, those critics—including the commission’s two Republicans—have pounced on the Biden administration’s energy policies. Federal projections show much of the Midwest could face power shortfalls over the summer, while drought and wildfires throughout the West have strained power production and delivery.

The recurring threat of blackouts has renewed a clash over the root causes of the problem, highlighting the complicated web of intersecting issues and overlapping responsibilities to make sure the country’s lights stay on.

Republicans argue the accelerating shift to renewable energy has led to a dangerous dependence on intermittent generation like wind and solar, especially amid the struggle of baseload plants, such as coal and nuclear, that can generate power all the time.

This week in Texas, a scorching heat wave is pushing the electricity grid to the brink, but wind speeds have plummeted to extremely low levels, slowing the state’s fleet of turbines.

“If Your Power Goes Out this Summer, Blame President Joe Biden’s Energy Policies,” blared the headline of a June 20 opinion piece by Sen. (R-Wyo.), top Republican on the Senate Energy and Natural Resources Committee. 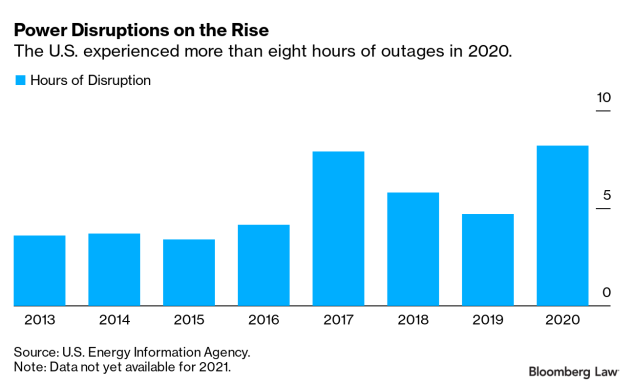 Glick said the meetings were routine to discuss a range of issues that don’t violate commission ethics standards.

The commission declined to make Glick available for an interview. During public appearances, however, he has said the commission has no role in choosing the generation mix—the Federal Power Act clearly allows each state to set clean energy policies.

Instead of questioning wind and solar policies, Glick and his supporters say, the commission should make it easier for even more to come online.

“This whole notion that we should sit here and speak out from FERC and tell the states they got it wrong, and tell the federal government they got it wrong, is ridiculous,” Glick said last month. “FERC’s role is to take the situation as it is, react to it, and ensure, to the greatest extent possible, that the rules are in place to ensure there’s grid reliability.”

Glick arrives at a crucial moment with more than 30 years in the wonky trenches of energy policy, said people who have known him.

After four years as a law firm associate, he worked as legislative director and chief counsel for Dale Bumpers. The popular Democratic senator from Arkansas helped pass the Energy Policy Act of 1992 that raised clean energy standards and, consequentially, authorized federal regulators to open transmission lines to competing power generators.

By the time he went to work as a senior policy adviser to Energy Secretary Bill Richardson, California’s energy market was flashing red. Factors that took years to fully understand—including Enron Corp.'s taking advantage of market deregulation—were playing out in real time.

In December 2000, with reserve margins low in California, Glick advised Richardson he had an emergency authority under the Federal Power Act to order out-of-state power generators to sell power to California utilities to keep the lights on. Richardson made the call immediately.

Richardson recalled Glick as “not flashy, but understated and substantive, and really knows the energy markets.”

Glick lobbied for PacifiCorp, a Portland, Ore.-based electric utility still dealing with the fallout of the energy crisis, and for Iberdrola, a Spanish multinational energy company that later became part of Avangrid.

In 2016, he rejoined Congress to serve as general counsel of the Energy and Natural Resources Committee under Sen. Maria Cantwell (D-Wash.), then ranking member. After President Donald Trump nominated him the next year to fill a Democratic seat on FERC, the Senate confirmed him by voice vote.

While not a perfect comparison with the California power outages—no Enron is cheating the markets, for example—the threats today are even more magnified, Richardson said.

“I would say this crisis is more severe now, one that is happening and may come soon,” he said.

As Glick is determined to use the commission to boost reliability, echoes of the 2000 debates have emerged.

In May, the North American Electric Reliability Corp. found the Midcontinent Independent System Operator, the grid balancing authority spanning 15 central US states, faces a “high risk of energy emergencies” in a scenario with higher-than-forecast demand or lower-than-expected supply availability.

Republican Commissioner James Danly urged the commission to take greater action when state clean energy policies threaten reliability and to build out natural gas infrastructure. He said he was skeptical the commission’s transmission efforts would solve the reliability problem and that it will take “some catastrophic event” for regulators to finally wake up.

Asked about Danly’s comments, Glick told reporters Danly was “prone to hyperbole, and so I don’t really think there’s much there.”

But Glick is likely to have to answer how wholesale markets reward reliability and spur adequate generation—a long-running debate that turned political under the Trump administration.

“We’re seeing certain assets that are necessary to maintain reliability retire prematurely before their replacements are ready to be deployed,” Neil Chatterjee, a Republican who chaired FERC from 2018 to 2020, said in an interview. “And those are really political decisions, not market-based decisions, not engineering decisions.”

Glick has waded into partisan minefields as chairman. Some energy experts have argued Glick’s push to scrutinize gas projects threatens electric reliability, given the bulk of the country’s electric capacity fired by natural gas.

In February, Glick finalized—with only Democratic support—natural gas policies that take a harder look at proposed gas projects. Sen. (D-W.Va.), chair of the energy committee, publicly lambasted the commission for putting pressure on pipelines and export terminals while energy prices were climbing after the Russian invasion of Ukraine, which occurred days after the gas policy was finalized.

Glick walked back those gas policies and has since voted to approve several natural gas projects.

He needs Manchin’s support in an evenly divided Senate. But Manchin is likely to ultimately support Glick’s renomination because a commission split 2-2 doesn’t bode well for getting gas infrastructure built, said Christi Tezak, a managing director for ClearView Energy Partners, an independent research firm in Washington.

In a statement, Chatterjee predicted that Glick’s renomination will be “well received” if he commits to being bipartisan.

Glick’s defenders point to his encyclopedic knowledge of the law and ability to build alliances on complicated energy policy.

“I can’t think of anybody who’s better situated in terms of understanding the law and understanding the market dynamics at this particular inflection point with respect to resource adequacy and reliability challenges and our need to get moving on transmission,” said Angela Becker-Dippmann, who served as the Democratic staff director when Glick was on the Senate energy committee.

Since the gas policy firestorm, the commission’s proposed rules on grid policy have been bipartisan. In April, a draft rule on transmission planning earned the support of Mark Christie, a former state regulator. In June, the two proposed rules on extreme weather and interconnection advanced by a 5-0 vote.

His demeanor has won him support from some Republicans.

“He has always been kind, gracious, and thoughtful,” said Kellie Donnelly, who worked for Republican Sen. Lisa Murkowski (R-Alaska), who chaired the energy committee when Glick was there.

Some who support Glick’s clean energy grid policies want him to move faster. About 1,400 gigawatts of generation and batteries want to connect to the grid, but outdated rules and lack of transmission lines have delayed them.

If there are power disruptions, “I expect him to get blistered in that hearing,” Irvin said, with questions like: “This is your responsibility. This happened on your watch. Why should we give you another term?”