Sign up to receive the Green Daily newsletter in your inbox every weekday.

In the wake of the historic global economic shutdown in response to the Covid-19 pandemic, governments are unleashing trillions of dollars in a bid to create jobs and spur economic recovery. The scale of this stimulus is unprecedented, in some cases amounting to of countries’ gross domestic product. At the same time, an overwhelming number of economists, finance ministers, and business leaders are saying that much of that money needs to help—and certainly not hinder—our ability to cut emissions.

If that advice is heeded, these funds will go to emerging technologies that would have sounded like science fiction not so long ago. Now they have ambitions to help lower greenhouse gas emissions on an industrial scale.

Leading the way is the European Union, which was planning a even before the outbreak began. It aims to make the 27-member bloc the first carbon neutral continent by 2050, and the pandemic hasn’t changed that.

On Wednesday, the European Commission will unveil the details of a likely multi-trillion euro plan to fuel the recovery. A suggests that low-carbon sectors of the economy will benefit, with hundreds of billions ploughed into promoting electric vehicle sales, renewable energy projects and into making new, green technologies economically viable.

Other countries have climate in mind, too. The U.K. will invest $2.4 billion to promote cycling and walking. South Korea plans to to promote rooftop systems in homes and commercial buildings. China will build more than 78,000 electric-vehicle charging stations.

In a letter sent to G20 leaders on Tuesday, health professionals became the latest group to call for a recovery that also addresses air pollution, deforestation and climate change.

Bloomberg Green spoke to four pioneers in clean industries about their hopes and fears as they prepare to go mainstream. 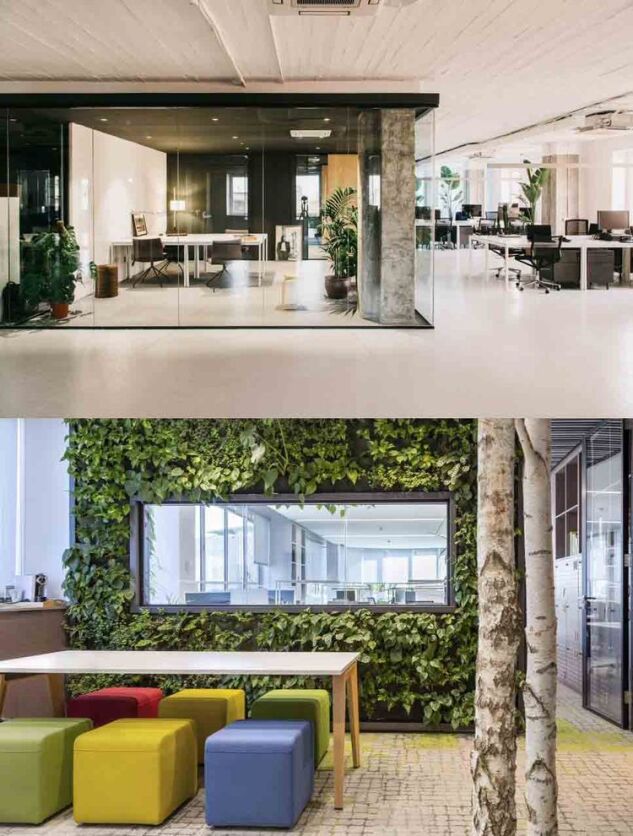 Spanish biologist-turned-businessman Ignasi Cubina came into sustainable building by chance and at an odd time. It was 2005, at the height of Spain’s real estate bubble, when companies rushed to build a lot and fast. Environmental rules were bent and sometimes broken to make a quick buck.

“We knew very little and we started from scratch; we were not experts in building,” says Cubina, who founded the firm Eco Intelligent Growth on the principles of the circular economy and . “But we thought that the impact of construction in society is , so the impact of doing things well could be bigger than in other industries.”

Buildings are responsible for 36% of the EU’s greenhouse gas emissions, according to the draft stimulus proposal, making them its main consumers of energy. To change that, the document proposes a financing facility of €91 billion per year to triple the number of buildings currently being renovated for energy efficiency.

There are now more companies doing sustainable construction and than there were when Cubina started out, he says, and architects, builders and contractors are aware of the importance of energy efficient buildings and the use of recycled and sustainable materials. But the changes still haven’t gone deep enough.

“The fundamentals are there,” Cubina says. “The problem is the scalability of that. We need the financial world to move the needle toward the right direction. Here’s where the EU package can be a game-changer.” 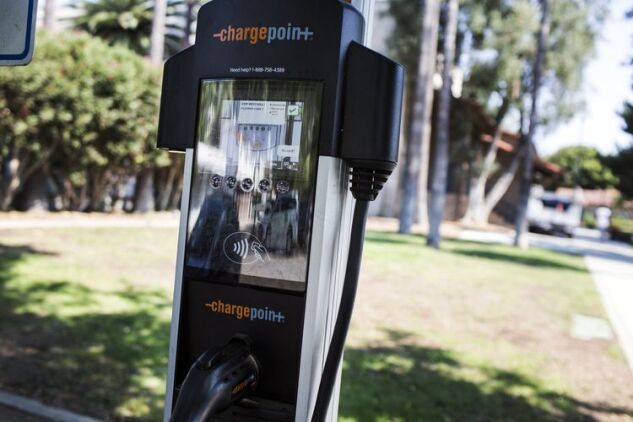 Cheaper batteries, tough emissions regulation and mass production mean that by later this year some electric vehicles will cost the same as combustion models, according to BloombergNEF’s latest outlook. The trend of increasing price parity seems assured to continue, based on BNEF’s analysis. But EV chargers are still hard to find.

Electric cars will make up about 40% of all vehicles in Europe by 2030. To meet demand for charging, Europe will need to invest about $750 million in EV infrastructure per year through 2025, and more than $1 billion per year through the decade after that.

Few investors were willing to touch the sector until recently, says Javier Guerra, a Madrid-based managing partner at private equity firm Satif Group. The companies making charging stations were small and not yet profitable, and the EV trend had not yet taken off.

Guerra became interested in the sector in 2015 and was an early investor in ChargePoint, a Californian venture that now has one of the world’s largest charging networks. “Making money out of this was complicated before, and it is complicated now if you’re looking at it from a short-term perspective,” he says.

Mass adoption of electric vehicles will change that, however. The electrification of entire company vehicle fleets is expected to be the breakthrough. The European Commission’s draft proposal suggests that it will double its planned investment in public chargers.

“It will help lower risks for many risk-averse investors, especially in the current economic situation,” Guerra says. “The key to get big players into this is to make sure the investment stops sounding like science fiction and starts making sense.” 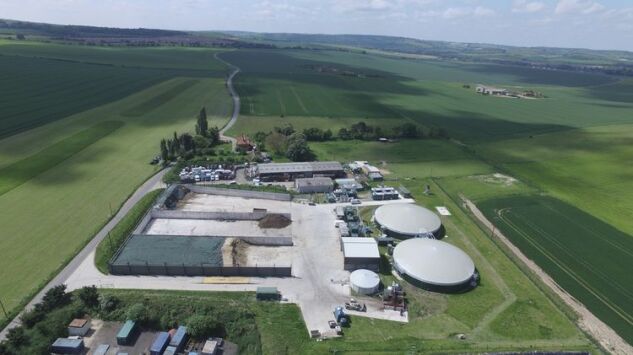 About 25% of all natural gas burned in Europe is used to heat homes. Clean alternatives exist, but technologies such as electric heat pumps are much more expensive and not always viable in dense cities.

When David Bermingham watched a video in 2013 demonstrating the U.K.’s first commercial anaerobic digester, he saw an opportunity. The digester is “essentially a concrete cow,” Bermingham says. “Give it the right kind of feed and it will produce methane.”

Bermingham, who previously helped investors finance renewable energy projects, switched focus to become an entrepreneur himself. The plant he built in 2014 at Goring, a village 50 miles outside London, currently produces biogas for more than 4,000 homes.

Although both biogas and natural gas release carbon dioxide when burned, biogas is a lower-carbon alternative when it’s derived from farm waste or energy crops, which have absorbed carbon while growing. But it’s still more expensive than its fossil fuel cousin and won’t be able to compete on price without taking into consideration externalities such as carbon dioxide’s financial impact on the planet. Until then, government incentives such as direct subsidies remain necessary, says Meredith Annex, an analyst with BNEF. The U.K. government currently incentivizes the use of renewable heat by subsidizing biogas, among other energy sources, money Bermingham’s plant depends on.

The rate at which new biogas facilities are coming online has slowed in recent years, says Annex. The EU is planning to spend €4 billion over the next two years to boost biogas production by 15 million metric tons of oil equivalent (mtoe), a unit of measurement used to compare different types of oil and gas products. That’s a small fraction of 400 mtoe of natural gas consumed in the EU annually, but seven times as much biogas as was produced in 2018, according to the European Biogas Association. 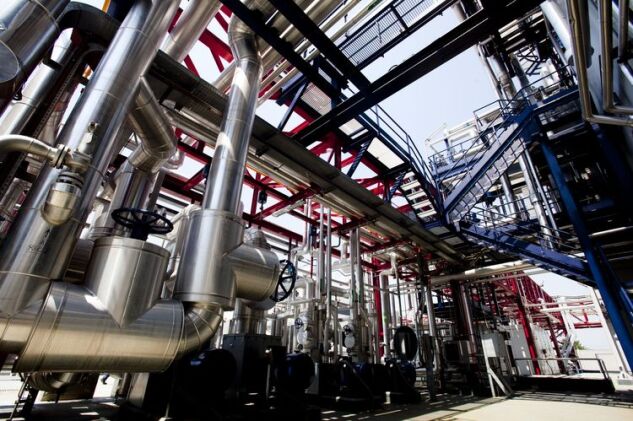 Another gas that could get a boost in the EU’s recovery plan is hydrogen. Hydrogen burns at very high temperatures and produces only water as a byproduct, making it a possible zero-carbon solution to high-emitting industries such as steel-making, heavy transport, and chemicals manufacturing, none of which can operate on solar or wind alone.

Currently the bloc uses 8 million metric tons of what’s known as “gray hydrogen,” which is derived from natural gas in a process that releases carbon dioxide. When that carbon is captured and buried, the result is called “blue hydrogen.” When renewable electricity is used to split hydrogen from oxygen in water molecules, that’s called “green hydrogen,” which is both the cleanest and the most expensive to make.

“You need both routes”—green and blue hydrogen—“if you’re really serious about decarbonizing all the use cases,” says Oliver Bishop, general manager of hydrogen at Royal Dutch Shell Plc. Bishop has worked on hydrogen-related projects at the oil company for eight years, but he still hasn’t worked on a large-scale project.

Unlike biomethane, hydrogen production can’t be scaled up by small startups or entrepreneurs, says Annex. Each method is far more complex than the anaerobic digester, and requires much more upfront capital. The EU’s draft proposal shows that it plans to spend more than €50 billion on research into cheaper technologies to produce hydrogen, as well as the wider deployment of current technologies. It aims to produce 1 million metric tons of clean hydrogen annually.

Cubina, Guerra, Bermingham, and Bishop have all seen their businesses grow over the years due to the generally increasing awareness of the dangers posed by climate change. While there’s still a long way to go to recover from the shock of the coronavirus, the enormous sums of money flowing from governments could provide the stimulus these small businesses need to take their practices mainstream.

To contact the authors of this story:
in Madrid at lmillan4@bloomberg.net

To contact the editor responsible for this story:
at ablenford@bloomberg.net