The Biden administration wants the Securities and Exchange Commission to require companies to disclose information about their greenhouse gas emissions, a proposal endorsed in a report released Friday by the Center for American Progress.

The proponents contend that mandatory and uniform standards for reporting the information would increase transparency for investors and mitigate the risk that climate change poses to the financial system.

The report recommends the SEC require all public companies to disclose direct and indirect greenhouse gas emissions. It also calls for mandating companies, including financial institutions, to disclose climate-related risks associated with their operations, and urges the SEC to take an “all-of-agency approach to climate.”

The idea is already getting pushback from Republicans. Such a mandate would go beyond the agency’s expertise, according to the top Republican on the House Select Committee on the Climate Crisis.

“I think it is way, way out of their lane; it’s the tail wagging the dog,” Rep. (R-La.) said Thursday during the 2021 U.S. Climate Finance Summit hosted by the Institute of International Finance. Graves said he would “strongly oppose” an aggressive role for the SEC to hold the financial sector’s feet to the fire on emissions disclosures.

“I think there are other mechanisms to help identify what sort of metrics companies are operating under,” he said. 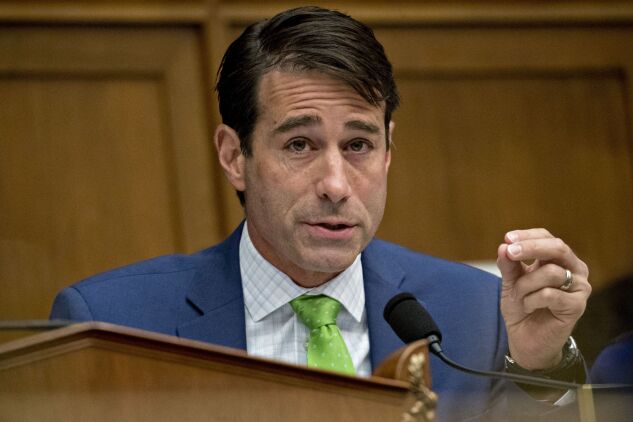 SEC guidance from 2010 provides a framework for the agency to improve disclosures related to climate risk. But the guidance isn’t binding like regulatory action through rulemaking would be.

The Obama-era guidance is still a valuable starting point for the SEC, said Alexandra Thornton, senior director of tax policy for economic policy at the Center for American Progress, a left-leaning think tank.

“They can also begin looking at specific firms and their disclosures and commenting, and those comment letters are public,” Thornton said in an interview. “Once they begin doing that, I think there will be a recognition that ‘ok this is going to happen’ and we’ll see more and better disclosures.”

‘They Can See It Coming’

The report by Thornton and Andy Green, a senior fellow for economic policy at the think tank, acknowledges that nongovernment organizations, working with the private sector and financial institutions, “have developed an impressive array of frameworks and standards” over the past decade for public companies to use to disclose climate risks.

The headquarters of the U.S. Securities and Exchange Commission in Washington.
Photo by SAUL LOEB/AFP via Getty Images

“But there is also consensus that reliable disclosures that are consistent across time and comparable across companies—features that are essential for investors and, indeed, for capital markets to align with climate goals—cannot be achieved by the private sector alone,” Thornton and Green wrote.

“A common, mandatory set of standards and disclosures is necessary, as well as reliable, consistent, and publicly available data and methodologies for determining progress toward those standards.”

A “pretty wide consensus” exists on Wall Street to be more transparent on climate risk and emissions disclosures, according to Green. “They recognize it for their own bottom line. They can see it coming in the future,” he said in an interview.

The 2008 economic crash also is still fresh—for the public and the financial sector.

That crisis, in which people lost homes, jobs, and retirement money, occurred because “accountability was not sufficient,” said Green. “Banks don’t want to go through the reputational risk; they lost money, their executives got hauled in front of Congress, there were a fair number of consequences that were painful,” said Green.

The financial sector “may be resistant to certain details” when it comes to greater climate risk and emissions disclosures, “but overall, I think the energy is going in this direction,” Green said.

Still, Graves says compelling the disclosures is best left to other regulators.

“I don’t think the SEC has any business even remotely playing in this area,” the Republican said, adding that other agencies “where you truly have the expertise” should be involved, including the departments of Energy and Interior and the Environmental Protection Agency.

To contact the editors responsible for this story: at zsherwood@bgov.com; at lduggan@bgov.com