On March 18—a week after the World Health Organization declared Covid-19 a pandemic—, head of the plastics industry’s main U.S. lobbying group, sent Alex Azar, secretary of the Department of Health and Human Services, a strongly worded letter. Bans on single-use items had been proliferating across states and cities for years, but with the virus threatening American lives and livelihoods, he said, enough was enough.

“Single-use plastic products are the most sanitary choice when it comes to many applications, especially the consumption and transport of food, whether purchased at a restaurant or at a grocery store,” he wrote. “We ask that the department speak out against bans on these products as a public safety risk and help stop the rush to ban these products.”

Plastics lobbyists have been everywhere during the pandemic, touting the role their products play in keeping food, health-care workers, and families safe. Early figures indicate their efforts are being rewarded. In April both Germany’s Ineos Styrolution Group GmbH and U.S.-based Trinseo SA reported seeing at their food packaging and health-care divisions. 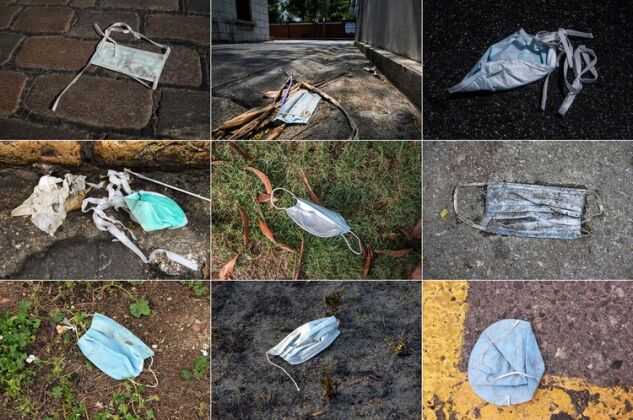 “These companies have seized the moment, particularly to roll back things like plastic bag bans,” says Steven Feit, a staff attorney at the Center for International Environmental Law. “Some analysts are talking about wrapping everything in plastic, including bananas, and that is certainly what the industry is pushing for.”

It’s a sharp turnaround for a sector that, only a few months ago, looked like a pariah. Under pressure from both investors and consumers, companies were setting targets to reduce their reliance on plastic packaging—including Coca-Cola Co., dubbed the world’s biggest polluter two years in a row by the advocacy group Break Free From Plastic. More than 125 countries have some kind of plastic ban, according to a 2018 report from the United Nations Environment Programme and the World Resources Institute.

That change in attitude came in part from the realization that plastic usage has gone well beyond what recycling can handle. Whereas paper breaks down easily, plastic requires expensive chemicals to degrade. Many forms of plastic, including the thin film used in shopping bags, .

The difficulty posed by plastic recycling was once easy to ignore: China simply took it off our hands. From 1992 to 2017 the country received roughly 45% of the world’s recyclable plastic. But after 25 years, China reached its limit. Much of what it received from other countries was too contaminated to use, officials said. And its own population was now generating more plastic waste than it could process.

Recycling programs struggled to absorb the excess capacity and were already weakened by the time the coronavirus began to spread. Fayetteville, Ark., Dalton, Ga., and other smaller or that the potential for used cups and cutlery to transmit the virus to workers posed too big a risk. At the same time, restaurant chains such as Starbucks and Dunkin’ announced a temporary ban on customers bringing in reusable coffee mugs. New York state delayed a plastic bag ban that was supposed to go into effect on March 1 to May 15, then to June 15. 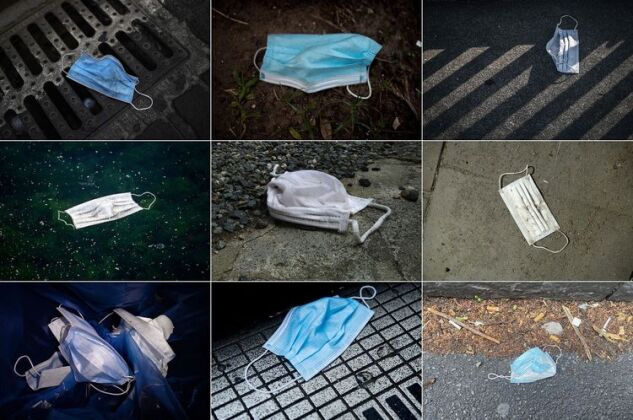 Anti-plastic crusaders watched, stunned. , a former administrator for the U.S. Environmental Protection Agency, says that, of course, public health comes first. But as the founder of the grassroots Beyond Plastics project, she questions whether disposable cups make people safer. Currency, for instance, is a notorious germ-carrier. “Will Starbucks now stop accepting cash?” she asks.

Following the example set by Radoszewski’s group, the Plastics Industry Association, manufacturers asserted that they were “essential businesses” and should be exempt from stoppages. Workers at a small plastics factory owned by Charter NEX US Inc. in Delaware, Ohio, for instance, say they were forced to continue to work 12-hour shifts plus overtime even after a colleague was sent home with symptoms of the virus. (Four others who might have been exposed were eventually sent home; all were given two weeks’ leave at full pay.) Company officials told them their jobs were critical. —who asked not to be named for fear of reprisal—say the factory was still fulfilling contracts to pool-chemical wholesalers as recently as April. Charter NEX says it currently makes a child-resistant film used to package a chlorine disinfectant.

It’s true that plastic performs many essential functions in our society, particularly in health care. Single-use surgical gloves, syringes, insulin pens, IV tubes, and catheters, for example, have reduced the risk of infection and streamlined operations at hospitals by lifting the burden of sterilization. Yet tests of the virus’s potency on various surfaces have consistently shown it remains infectious longer on plastic than on many other surfaces, especially easier-to-recycle cardboard.

The biggest factor in whether single-use plastic will maintain its momentum post-Covid-19 may be the price of oil, which has collapsed because of the twin pressures of the pandemic and the Russia-Saudi Arabia price war. BloombergNEF materials analyst says that while she and her colleagues have adjusted their forecasts slightly downward in the near term, strong demand should keep plastic production high despite the lower margins on cheaper product. That’s not ideal for manufacturers, but it’s worse for recyclers. With businesses around the world hurting, they may not be able to justify the expense of using recycled plastic when the virgin material costs so much less.

To contact the author of this story:
in New York at lkaufman27@bloomberg.net