The new head of the EPA’s in-house financial advisory board wants to prove low-income communities of color aren’t risky places for private investors to park their money.

That goal is crucial because President Joe Biden has made environmental justice one of his central concerns. But it’s historically been hard to convince bottom line-oriented investors that projects such as laying down permeable pavement or shoring up disaster resiliency are worth financing, especially in rural areas without much economic activity.

“Sometimes, to attract private capital in, you have to provide some sort of credit support, some sort of credit enhancement, to get them to the table,” said Kerry O’Neill, who was appointed chair of the Environmental Protection Agency’s Environmental Financial Advisory Board earlier this month. “And then over time, they learn, ‘Oh, these aren’t as risky.’ Or maybe they are more risky, but not as risky as they think.”

The 32-member board advises the EPA on how to lower the cost of environmental protection. It also seeks to remove financial barriers that inflate costs, increase private and public contributions to environmental projects, and help local governments pay for environmental compliance. 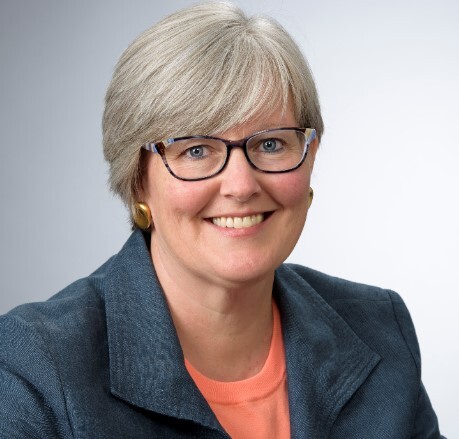 Some of the board’s recent reports address stormwater infrastructure funding and financing, pre-disaster resiliency, and revenue options for a waste backhaul service program in rural Alaska.

But Michael Curley, a 21-year veteran of the board who left in 2011, said its influence has subsided over the years.

“We used to feel that we could influence politics,” said Curley, now a visiting scholar at the Environmental Law Institute. “We could get information into the administrator’s office quietly. Where they are now, I’m just not sure yet. I don’t see anyone in the administration evincing any interest in them.”

Some financial organizations don’t understand that projects in environmental justice communities can bring a healthy return, raise the value of ramshackle properties or regions, and improve their public standing, according to Gernot Wagner, an environmental studies professor at New York University’s Wagner School of Public Service.

The trick to opening their eyes is providing different financing options, such as credit support or a “patient” capital approach that focuses on long-term results, as well as providing detailed repayment data, O’Neill told Bloomberg Law in her first interview since being named the board’s chair.

“Over time, mainstream lenders learn, ‘Whoa, look at that, the loan performance is really great,’” she said. “Sometimes it’s a simple matter of education.”

Wagner agreed, saying that “hyper-efficient, multi-gazillion-dollar hedge funds just don’t typically look for opportunities like these. If someone were to look hard enough, they might figure out a way to convert a former rail yard into the perfect centrally located, mixed-use housing development.”

O’Neill brings a lengthy track record to the job. She is the CEO of Inclusive Property Capital, a not-for-profit financial group that specializes in steering investment funds toward needy communities.

She previously led the residential energy financing programs at the Connecticut Green Bank, a state-run organization that sought to send more private capital into the green economy.

That background will be put to the test because the Biden administration’s environmental to-do list carries such a massive price tag. Some help could come from U.S. taxpayers as Congress continues working on a $3.5 trillion budget blueprint and $1 trillion infrastructure bill.

But that won’t come close to paying for all the decarbonization and remediation work that environmentalists say is needed.

For example, the infrastructure bill lays out some $48 billion for water infrastructure, but the price tag just for bringing drinking water and wastewater systems up to good repair is at least $750 billion, according to Becky Hammer, deputy director of federal water policy at the Natural Resources Defense Council.

Still, public investments can spur private financiers by laying the groundwork and creating an environment in which investments make financial sense, O’Neill and others working in the field said.

“Once the stuff is built, it’s de-risked,” said Douglass Sims, senior director of NRDC’s resilient communities division. “That’s what pension funds want. Then you can sell it to investors and recycle that money to do other stuff.”

The board only considers charges that are brought to it by EPA leadership. But O’Neill said she’s interested in expanding outreach to philanthropies, scaling up investments in renewable energy, and making sure policymakers don’t fall prey to corporate “greenwashing"—a form of marketing in which companies misleadingly claim to be taking environmental action.

Greenwashing guidance would be welcome because the metrics for evaluating companies’ environmental, social, and governance disclosures are “very immature,” according to Lawrence Baxter, director of Duke University School of Law’s Global Financial Markets Center.