As millions of people across Europe and the U.S. stay home to avoid the coronavirus, thousands of workers in the energy industry must remain at their posts.

Utilities from to Electricite de France SA to Duke Energy Corp. are implementing emergency plans to manage power and gas grids even as other sectors of the economy are forced to close. Despite the spread of digital technology, much of the industry still requires operators to be physically present to manage electricity flows and repairs.

“Our job is to ensure facilities are kept open around the clock supplying power and heat,” said Steven Schacher of Austria’s Wien Energie AG. The 24-year-old is one of 53 technicians barricaded inside the Austrian capital’s power stations, where they’re eating, sleeping and working in two-week shifts. The dramatic measure was taken to “avoid any possible infection” that could disrupt supply, said the utility.

Elsewhere, many networks in Britain have suspended all but essential maintenance and identified former employees they could call on, according to the U.K.’s . The government’s recommendation is to prepare to function with 80% of staff, the trade body said.

To run day-to-day operations, the most common tactic is to split control-room staff into two teams and do hand-overs between them without being in the same space. At the French grid operator Reseau de Transport d’Electricite SA, employees who have to have face-to-face contact are being asked to wear masks at work. 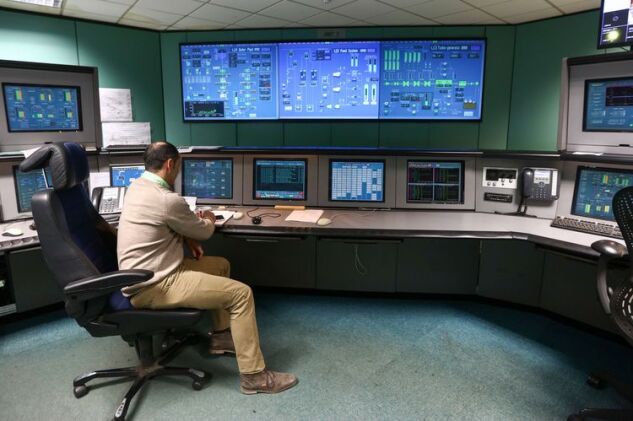 An employee monitors the main generators in the control room at the Drax Group Plc’ power station near Selby, U.K.
Photographer: Simon Dawson/Bloomberg

In Scotland, the virus triggered SSE Plc’s Gold Command process, the utility’s own version of the British government’s Cobra meetings. The utility’s Chief Executive Officer and his directors meet several times a day to discuss action and responses. The last time the company used this procedure was during a fire at its Ferrybridge coal-fired plant six years ago.

SSE also has critical back-up sites for its energy-network staff to use if the primary control rooms need to be deep cleaned, the company said.

In the U.S., Duke is running plants with rotating shifts for control rooms and in some cases has split operations between primary and alternate locations in an effort to limit potential exposure to the virus, Neil Nissan, a spokesman, said by email. The company has also instituted additional step to screen workers, including taking their temperatures.

Energy companies develop disaster scenario plans in advance. They are not only for pandemics like the coronavirus, but also for severe flooding or terrorist attacks. Workers are regularly drilled on them.

Swedish utility Vattenfall AB, with operations from Germany to the U.K. began taking measures to secure its electricity grid back in late January. Nuclear power plants in Ringhals and Forsmark are now operating “under a state of preparedness,” the company said in a statement.

Vattenfall’s coordination team is adapting operations with respect to travel, work from home and avoidance of social contacts.

“We are well prepared and instituting measures to minimize the effects of different scenarios,” said Chief Executive officer Magnus Hall. “We are following the authorities’ recommendations in addition to our own continuity plans, and continuously monitoring the situation.”

At in Dusseldorf, a unit of Norway’s state-owned utility, the energy traders are working from home, but power station staffs are still coming in. They are being asked not to use public transport to limit the risk of getting the virus. 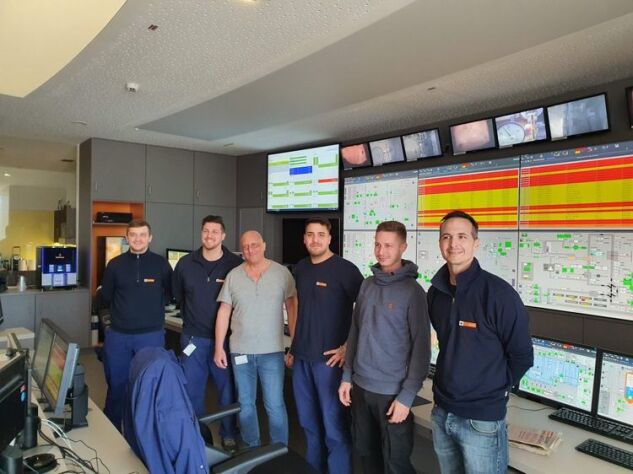 The nuclear industry is one area where contingency plans are even more strict. Electricite de France SA, which operates 58 reactors in the nation, is prepared for 25% of staff being unavailable for 12 weeks and for 40% being off work during a pandemic peak of two to three weeks. The company has already had cases of coronavirus at its Belleville, Fessenheim and Cattenom nuclear plants.

Austrian Power Grid said it divides its control-center staff into two locations on alternating 12 hour-shifts. The area is frequently disinfected. There’s two centers, the actual power grid control in Vienna known as “Wien-Südost,” and a reserve control center. “There must not be any physical contact between the teams,” Austrian Grid said in a statement. “The first and foremost aim is to avoid any infection.”

And some U.S. nuclear plants are considering plans to sequester key personnel on site “to ride out any major levels of absenteeism due to a virus,” Ho Nieh, director of the office of nuclear reactor regulation at the Nuclear Regulatory Commission, said during a conference call Friday.

Europe’s power exchanges said they are also maintaining critical functions from multiple locations. The companies are helping to prevent the spread of the virus through ``teleworking, distribution of key staff, comprehensive restrictions on business travel and additional hygiene measures,’’ according to a statement from industry group Europex.

To contact the authors of this story:
in London at rmorison@bloomberg.net

To contact the editor responsible for this story:
at landberg@bloomberg.net