The House Natural Resources Committee, soon to be under Democratic control, is gearing up to hold the Trump administration accountable on environmental issues.

The menu of items is long, and congressional time is limited, so Democrats will have to pick their battles carefully — all the more so because, with Republicans maintaining control of the Senate and White House, the path to enacting Democratic legislation is still mostly blocked. 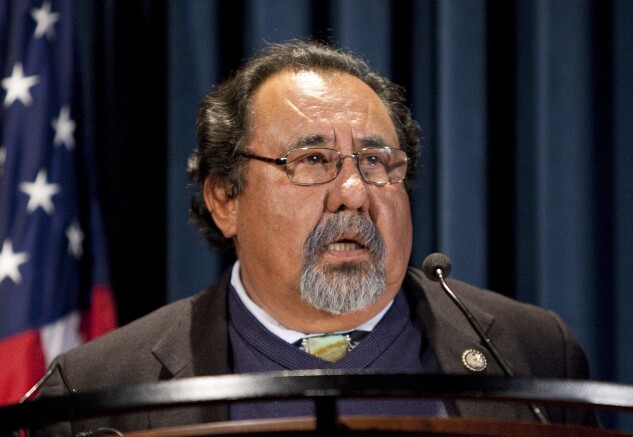 Instead, Democrats want to use their platform to bring public attention to their agenda. “We need to demand accountability and insist on the oversight role,” Rep. (D-Ariz.), who is virtually assured to become the panel’s chairman, told Bloomberg Environment.

Interior Secretary will be one of Grijalva’s biggest oversight targets, according to a Democratic House aide. The secretary will be called into a hearing in February to explain why his conduct has been referred to the Justice Department, Grijalva said in late October.

Zinke will also be questioned about a possible conflict of interest with Halliburton Chairman over a real-estate deal in Whitefish, Mont., his alleged suppression and manipulation of science, and his reported bid to remove acting DOI Inspector General Mary Kendall, whose investigations have been a thorn in Zinke’s side.

The interior secretary has flatly denied any wrongdoing and even urged Democrats to investigate him. Meanwhile, speculation is running high that Zinke will resign now that the midterms are over, possibly in search of elected office.

If that happens, Grijalva will have more time to devote to his other oversight priority: climate change.

The panel will have to split that topic with several others — including the Energy and Commerce and Agriculture committees — so it may have to hold its fire until Democratic leadership decides where to draw the boundaries.

By calling attention to those issues, Grijalva said he hopes to get more support from congressional leadership and more funding for the agencies charged with taking care of federal lands.

The committee may get better results than ever on climate change, because public opinion has shifted. The last time Democrats held the House, in President ‘s first term, only 25 percent of the nation believed the seriousness of global warming was generally underestimated; this year, that figure is up to 41 percent, according to the Gallup polling organization.

The panel further wants to use its bully pulpit to probe the environmental, economic, and public health impacts of President ‘s border wall, as well as allegations of sexual harassment and assault at the Interior Department, the National Oceanic and Atmospheric Administration, and the U.S. Forest Service, the aide said.

Grijalva said he also wants answers on how the Trump administration has shaped its various policies, including what went into recommending a reduction in Utah’s Bears Ears National Monument.

On the legislative side, Grijalva’s biggest priority is to secure permanent authorization for the Land and Water Conservation Fund, the 1965 law that sets aside money for national parks, wildlife refuges, forests, and recreation areas. The bill was reauthorized for three years in 2015, but that extension lapsed on Sept. 30.

One reason Democrats want to focus on the LWCF is because they actually have some buy-in from Republicans. Almost 20 percent of the 240 members who have cosponsored a permanent reauthorization bill are Republicans.

That bill won committee approval by voice vote in September, but that’s as far as it’s gotten. Beth Viola, an energy policy adviser at Holland & Knight LLP, said she could envision Congress passing the LWCF bill in the lame-duck remainder of the 115th Congress. A reauthorization measure also could be included in an end-of-year spending package.

Even if that doesn’t happen, some committee Democrats and their allies in the environmental community won’t be too distraught, because they would prefer to separate LWCF funding from the appropriations process and instead mandate $900 million in annual funding.

That could be a risky strategy, though, because H.R. 502 already has bipartisan support, which could change in the next session.

Other Democratic bills seem far less likely to pass, but they could still get introduced either to draw attention to an issue or to lay down a marker for a future session of Congress.

One example is an update of the Mining Law of 1872, which doesn’t charge hardrock miners any royalty fees on the minerals they extract. Grijalva wants to set a 12.5 percent royalty on new mines and an 8 percent royalty on existing mines, then use that money for abandoned mine cleanup, as is done with coal mines.

Grijalva and Rep. (D-Calif.) introduced a bill at the end of May that would make those changes, but none of its 21 co-sponsors are Republicans. The staunch Republican opposition means its chances of becoming law are almost nil.

Another legislative non-starter that will nevertheless be brought forward is a bill that would give federal agencies broad guidance on how to plan for climate change, according to the House aide.

“In terms of climate, the majority of that will be primarily politically motivated and messaging,” Viola said.

One thing that’s certain to remain a constant are the tough fights between Grijalva and Rep. (R-Utah), who stands to become the committee’s ranking member.

“It’s hard to imagine two members of Congress with more diametrically opposed views on natural resource issues,” said Bill Imbergamo, executive director of the Federal Forest Resource Coalition. “But as we saw with LWCF, when they share an objective, they can find common ground. We hope they keep trying to work together, no matter who holds the gavel.”

“They’re no Cantwell and Murkowski,” Viola agreed, referring to Sens. (D-Wash.) and (R-Alaska), the ranking member and chairwoman of the Senate Energy and Natural Resources Committee.

All the committee’s members won their midterm races. At press time, Rep. Greg Gianforte’s (R-Mont.) race was too close to call, but he was projected to win.

However, four members are leaving the committee in search of other offices: Reps. (R-N.M.), (R-Idaho), and (D-Hawaii) all ran for governor in their respective states, and Rep. (D-Mass.) is retiring at the end of the 115th Congress.

Environmentalists were quick to hail the election results.

“This is a good night for the environment,” said Brett Hartl, government affairs director at the Center for Biological Diversity. “After two years of willful neglect, the Trump administration’s cruel and disastrous environmental agenda will finally get meaningful congressional oversight. We need the new House leadership to forcefully expose and punish corruption and collusion with corporate polluters.”