The new head of the EPA’s Great Plains region says she wants to use the political skills she gained during her eight years in the Colorado House, which culminated in a term as speaker of the chamber, as she sets about overseeing the territory.

“To the public’s eye, things seem very partisan and controversial,” KC Becker, administrator of the Environmental Protection Agency’s Region 8 told Bloomberg Law in an interview. “When you’re actually on the House floor, you’re talking with your colleagues across the aisle all the time. You develop friendships, and you really learn about their communities and why they’re fighting for the things they’re fighting for.”

Becker’s background as an elected lawmaker is unusual for an EPA regional administrator, whose current ranks are made up of former government officials, environmental advocates, and scientists.

But any political skills—such as negotiating and consensus-building—Becker can bring to the job will be pivotal because the region is one of the trickiest among the EPA’s 10 districts for a modern Democrat to manage. Some of the nation’s biggest oil shale resources are found in Region 8, along with several of the most important natural gas pipelines and the country’s biggest coal deposit in Wyoming’s Powder River Basin.

Former President Donald Trump won all of Region 8’s states except Colorado in the 2020 presidential election. Republicans also hold the governors’ mansions and both legislative chambers in every Region 8 state except Colorado.

“I think sometimes these states see themselves as being overlooked because they’re, quote, flyover country,” Becker said. “And I don’t want them to be overlooked.”

Former state Rep. Jonathan Singer (D), who prioritized environmental issues during his nine years in the legislature, said Becker developed a reputation as a lawmaker who listened carefully to opposing points of view. 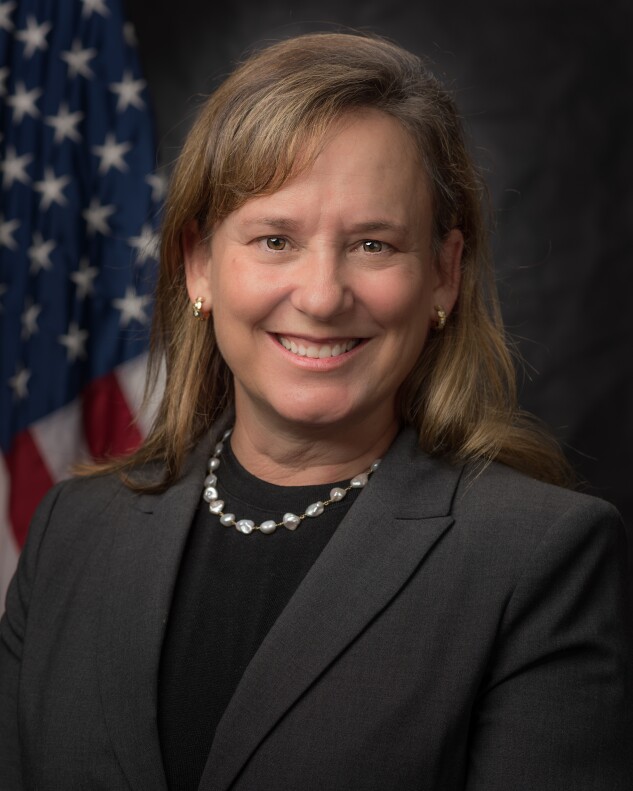 “I heard from Republican colleagues that would bring her out to their districts and say, ‘You know, I never expected to hear a Democrat talk about the NEPA process so articulately,” Singer said, referring to the National Environmental Policy Act.

Becker previously served as an an attorney-adviser in the Interior Department’s solicitor’s office, where she specialized in administrative and natural resources law, according to the White House. She’s also a former member of the Boulder, Colo., city council.

Unsurprisingly, business groups and their allies in Congress have pushed back hard against the Biden EPA’s agenda, if not Becker herself.

Becker found herself involved in a spat with Sen. Cynthia Lummis (R-Wyo.) in January over an agency proposal to deny Wyoming’s revised plan to control regional haze at the Jim Bridger Power Plant. In response to the plan, Lummis placed a hold on the nomination of David Uhlmann, the Biden administration’s pick to become the next EPA enforcement chief. That prompted Becker to say her office’s evaluation showed the state’s plan would be “a step backward for visibility in our parks, wilderness areas, and communities.”

Some of the hard feelings with Republicans could be soothed if Region 8 can get new water lines built, electric school buses deployed, and Superfund and brownfield sites cleaned up under the infrastructure and climate bills, Becker said.

Getting projects built quickly and delivering benefits to the public is a crucial part of the administration’s quest for voter support in future elections, too, said Trevor Higgins, acting head of the energy and environment group at the Center for American Progress, a left-leaning think tank.

To get to that point, Region 8 will have to work harder than most regions to help grant applicants navigate the maze of federal requirements. The region has been allocated seven new grants management specialists and 21 positions overall to work on projects under the infrastructure and climate bills, according to an EPA spokeswoman.

“We’re a very rural region—93% of the towns in Region 8 have less than 10,000 residents,” Becker said. “Those towns don’t often have the awareness of federal programs or their own staff to go after those federal dollars.”

In cases like that, “it just takes a little more time and handholding to build the awareness and interest in the possibility,” Becker said.

Other times, the money has flowed through Region 8’s doors more easily. For example, Denver Water was recently granted $76 million to replace thousands of lead service lines. Denver Water has said the federal boost will shorten the 15-year program by 1.5 years and will let the city replace between 3,000 to 5,000 more lines in 2023.

Becker acknowledged that, with the unprecedented money flowing out of the infrastructure and climate bills, the agency has a heightened responsibility to protect the funds from waste, fraud, and abuse. In an email to Bloomberg Law, she pledged to “continue to strengthen our internal controls to manage risks.”

Separately, Region 8 is keeping a close eye on the Colorado River drought. While the EPA isn’t the lead agency on managing the drought, Becker said her team is still concerned about the water crisis because “quality and quantity are connected.”

For that reason, the EPA is closely monitoring groundwater pollution, she said. The region is also busily fielding complaints from the public and helping connect people with the responsible federal or state agencies, Becker said.

Another significant challenge in the region is its overabundance of Superfund megasites, defined as locations expected to cost more than $50 million to clean up. Of the 207 megasites in the nation, 33% are in Region 8. Moreover, 58% of the region’s Superfund sites are related to mining or mineral processing, which can be especially hard to clean up because waste is often dispersed over a large area.

Region 8 also has a major wildfire smoke problem on its hands, Becker said, especially since several growing population centers are downwind of forests and wildland that have been stricken by drought. The EPA has delegated Clean Air Act authority to the Region 8 states, including a requirement to provide the public with air quality conditions.

The region is setting up an air quality sensor loan program under the 2021 Covid-19 stimulus package, according to an EPA spokeswoman. The program will let citizens and community groups borrow air monitoring equipment to assess the impacts of wildfire smoke and other air pollution sources.

To contact the editors responsible for this story: at zsherwood@bloombergindustry.com; at achilders@bloomberglaw.com