The EPA is creating a new program to make sure the $50 billion it got in the bipartisan infrastructure package isn’t frittered away or misused, according to the official responsible for overseeing how it’s spent.

The agency is also set to get roughly $20 billion more from the reinstatement of the Superfund tax, sending a total of $70 billion into the agency’s coffers, Hoover said. 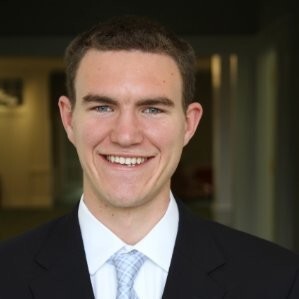 But “trying to get money out too fast is just a recipe for fraud,” Inspector General Sean O’Donnell told reporters in December.

“The agency tends to give out money and then not follow the money” in states and localities, he said. “I think a lot of fraud has been missed already.”

Another safeguard to ensure the funding is properly spent is the fact that most of it flows through existing EPA programs, or ones that are substantially modeled after existing programs, such as the new $5 billion clean school bus program, Hoover said.

“That’s an important distinction,” he said. “We have career staff with decades of experience managing the program.”

The EPA is also working to double its corps of auditors, human resources personnel, contractors, engineers, and budget analysts across the country to implement and track the spending, Hoover said. More than 100 EPA staffers are now primarily focused on infrastructure implementation, he said.

“It’s not that we’ve built up one team that is handling this, as much as we have mobilized the entire agency to focus on this, and we’re making sure we have the right people in the right places,” Hoover said.

O’Donnell called on the EPA in December to improve its workforce capacity and capabilities to electronically manage its agency-wide grants portfolio.

The EPA has further created a steering committee consisting of all of its senior leaders, as well as “cross-functional teams with representatives from all of our offices,” to bring a “one-EPA mindset to how we’re implementing the law,” Hoover said.

That work may address a separate criticism the inspector general has levied against the agency.

In December, the watchdog said the Office of the Chief Financial Officer “continues to operate under an outdated, stovepipe-type risk-management process, in which risks are assessed at the division level” without assessing whether those risks could affect the agency as a whole.

Initial funding announcements are coming soon under the EPA’s Brownfields Program, Hoover said. The agency also has requested applications for the clean school bus program, and must submit an annual report by Jan. 31 of each year.

The EPA is also working on detailed guidance for states on where and how to spend the funding for lead pipe replacement, according to Hoover. The Office of Water issues guidance on how to use state revolving loan funds, but this year it will do so ahead of its usual schedule so states “can take that into account as they are planning for their 2022 allocations,” he said.

Administration officials said that about half of the overall revolving loan funds have to go out as “forgivable loans” or grants—a new development.

Many states have said they haven’t made plans to spend any of that money because they haven’t gotten instructions about where and how to spend the money.

Much of the infrastructure work will require federal permits—a process that business groups have said will be slowed by the Biden administration’s plan to change the nation’s environmental permitting rules.

The White House later this month will lay out how the administration plans to incorporate racial equity, climate change, and labor concerns into how it doles out the cash. It also will publish a guide for mayors and governors about how to apply for infrastructure money.

Hoover started his job as as the EPA’s infrastructure overseer in September. He described his role as ensuring the agency “keeps an eye on the big picture” and coordinating with the White House implementation team and “supporting the administrator and deputy administrator as they convene the overall agency.”

He was a White House policy adviser under President Barack Obama and counseled the chief of staff on climate change and energy. He also spent five years at management consultancy McKinsey & Co., where he worked on strategic planning and program implementation.

Hoover said the White House’s implementation task force, led by former New Orleans Mayor Mitch Landrieu, is drafting a “detailed inventory of the needs across every program,” working with federal agencies to move them swiftly through the permitting pipeline.

—With assistance from Courtney Rozen.