Democratic prospects of taking control of the Senate were evaporating Wednesday after several vulnerable Republican incumbents including in Iowa and in Montana fended off well-financed Democratic challengers.

While there were six Senate races still to be settled, Democrats would need an extraordinary surge to win three of them, which would give them the minimum 50 seats they’d need to control the Senate -- and only then if Democrat prevails over President at the top of the ballot.

“I have a very hard time right now seeing how Democrats win back the Senate,” Jessica Taylor, Senate editor of the non-partisan Cook Political Report, said on Twitter. “It’s just that virtually everything has to go right for them.” 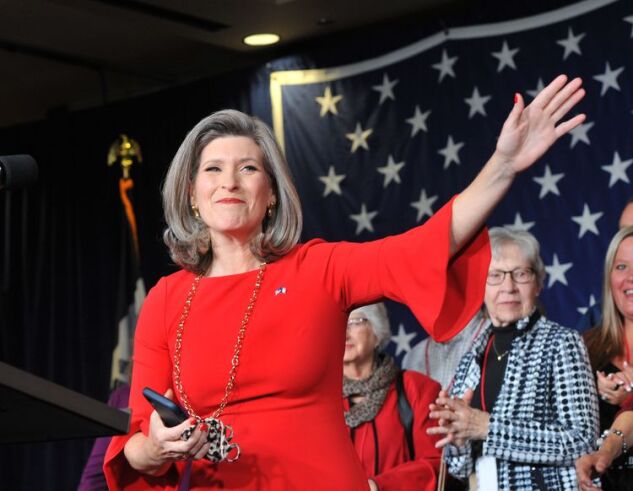 Across the board, Democrats failed to meet the Election Day expectations raised by polls and independent analysts. The party took Senate seats from Republicans in Colorado and Arizona. But they fell short in several of the tossup contests they had in their sights to gain a majority.

In the House, Democrats appeared poised to keep their majority but potentially with reduced numbers, despite pre-election forecast that they could gain as many as 15 more seats. At least six Democratic incumbents were defeated, including House Agriculture Chairman , who has represented his Minnesota district since 1991. Other Democratic losses came in Florida, New Mexico, Oklahoma and South Carolina.

“In districts all across the country, Americans rejected socialism and voted for freedom,” McCarthy said on Twitter. “: you’ve been put on notice.”

In the Senate contests, Daines defeated Democratic Governor and Ernst turned aside a challenge from Democrat . In two key races yet to be called, GOP Senators of Maine and of North Carolina were holding on to leads in vote counts.

Republicans now hold a 53-47 Senate majority and Democrats would either have to win Maine and North Carolina -- their best shots heading into the election -- or cobble together victories in Georgia and Alaska to gain control. And the Democratic incumbent in Michigan, Senator , was trailing Republican John James. Alaska and Georgia pose a stretch for Democrats given their conservative tendencies, though they will have another shot at a Senate seat in Georgia in a runoff election scheduled for January.

The battle for the Senate closely mirrored the race at the top of the ballot between Trump and Biden, ending up much closer than many pre-election polls and forecasts had indicated.

Yet Trump victories in states including South Carolina and Iowa helped pull along GOP Senate candidates whose races were considered tossups. In addition to Ernst, South Carolina’s easily held off a Democratic challenger who had raised record amounts of money. Both Ernst and Graham had closely aligned themselves with Trump, counting on an energized GOP base to re-elect them.

Senate Majority Leader won re-election to a seventh term in Kentucky, handily defeating former Marine pilot , whose campaign was lavished with money from Democrats across the country.

Democrats missed in two other longshot bids to flip Republican seats. In Texas, incumbent Republican defeated Air Force combat veteran MJ Hegar. Republican won the open Kansas Senate seat, defeating a well-funded in a race Democrats had hopes of winning if there was a wave election.

As expected, Democrats lost a Senate seat in heavily Republican Alabama that had been held by , who was defeated by former college football coach .

The final outcome of the battle for the Senate might not be known for days while votes are tallied -- or even months if control of the chamber hinges on the Georgia runoff. 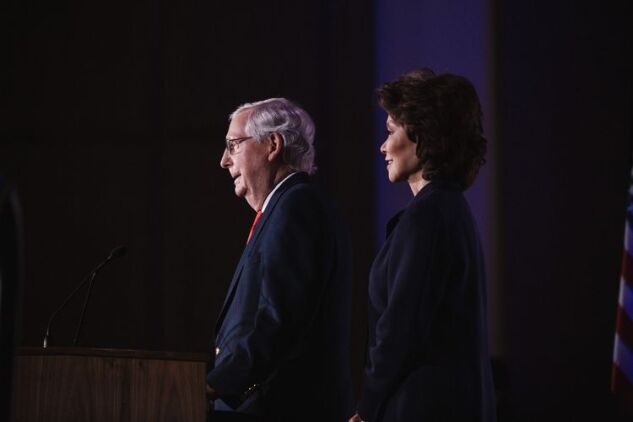 Georgia Republican Senator , who was appointed by the governor, will face off against Democrat , senior pastor of the Ebenezer Baptist Church in Atlanta, in the runoff. In the other Georgia contest, Republican incumbent was leading Democratic challenger , who narrowly lost an Atlanta-area House special election in 2017.

Several incumbent senators were re-elected, with many of those races not much in doubt.

Democratic Senator was easily re-elected to a third term in Virginia and Republican won a second term in West Virginia, according to Associated Press projections. Incumbent Democrats in Massachusetts, in New Hampshire, in Rhode Island, in Delaware and in Illinois also won re-election.

(Updates with McCarthy quote beginning in the sixth paragraph)