The Anacostia River has played second fiddle to its more famous cousin, the Potomac, ever since Pierre L’Enfant designed the “City of Washington” back in 1791.

“Then, as now, the Potomac was more of a rich man’s river, and the Anacostia was a poor man’s river,” wrote historian John Wennersten in his 2008 book “Anacostia: The Death & Life of an American River.”

But now, two islands in the middle of the river—Kingman and the smaller Heritage Island—may become the latest tool in a growing movement for so-called “biophilic” cities. The term biophilia—which translates to “love of life"—is built around the idea that humans are hard-wired to need connections to the natural world, and cities ranging from Oslo to Singapore to Birmingham, England, are latching onto the concept. 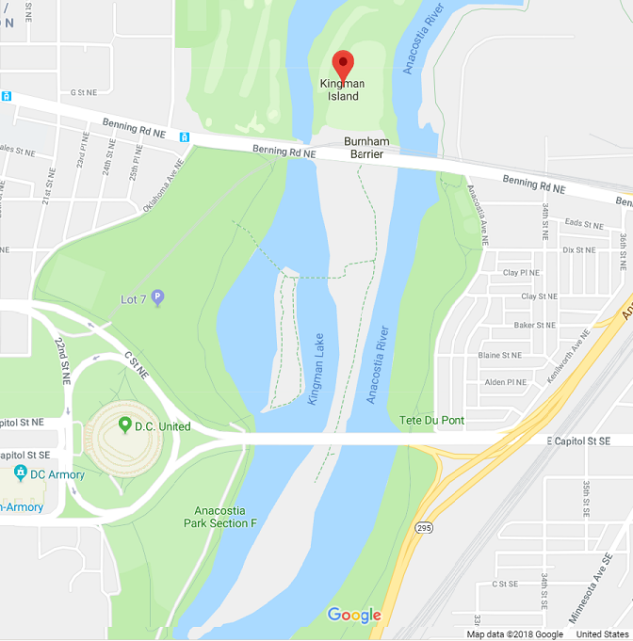 Green is the New Black

The District of Columbia is banking on Kingman’s 46 acres of wild land becoming a development tool for the entire east side of the city.

On Jan. 12, city officials announced that Kingman is now designated as a conservation area, with the southern portion becoming a “critical wildlife area.” Along with the designations, the city will invest $4.7 million in educational and recreational improvements to the island, including outdoor classrooms, bathrooms, and pathways for visitors.

“We’ve got this emerging model of a city, which is no longer city vs. nature, but rather, it’s an idea of a city that is embedded within nature,” said Tim Beatley, a professor of architecture at the University of Virginia.

Beatley is founder of the Biophilic Cities Project, of which D.C. is a member. Launched in 2013, the project is a network designed to foster knowledge-sharing among cities who seek to merge the built and natural environments. Fourteen cities currently are in the network, with several more in the pipeline.

“It isn’t enough to just go visit a national park once or twice a year. The contact needs to be more along the lines of daily, if not hourly,” Beatley told Bloomberg Environment.

Even Birmingham, England—long famous for is sooty industrial character—has partnered with the likes of San Francisco and Oslo to become the first British city to be invited to join the biophilic network.

“We are committed to ensuring our city has a green future,” said James McKay, a Birmingham City Council member. “Birmingham stands to gain a great deal, in what we can learn from these global green cities, and being invited to join the network confirms we are headed in the right direction.”

In recent years, an explosion of research into biophilia has documented a range of psychological and physiological benefits of exposure to nature. The results include everything from recovery rates in hospitals, slowing absenteeism at work, to retail sales trends affected by daylighting.

However, the economic benefits of reconnecting people to nature remain notoriously hard to pin down. For instance, does walking past 50 street trees provide the same biophilic dose as one hour in a park? Do workplaces designed around biophilia compensate for less time outside?

While hard to quantify in exact terms, Beatley says the positive economic correlations of improving access to nature are undeniable.

“The market system has discovered the economic power of nature,” said Beatley. “Singapore has been one of our more impressive partner cities. Just about everything built there involves nature.”

Beatley points to Singapore’s Parkroyal hotel, which includes 160,000 square feet of sky gardens—greenspace in or on buildings.

“They were able to double room rates almost immediately,” he said.

Beatley says the network isn’t meant to be another form of “green certification.” There are no hard targets to meet. But aspiration goals typically include additions such as tree canopy and greenspace.

The biggest concern Beatley has isn’t proving biophilia’s development potential, but rather avoiding the unintended consequences of what is often called “eco-gentrification.”

Built atop an old elevated railway, Manhattan’s High Line park has won widespread praise since it opened in 2009. More recently, it’s also been accused of putting gentrification into “hyperdrive” and “destroying” neighborhoods as it grows.

Kingman Island was created in 1916, as part of a dredging project by the Army Corps of Engineers to clear out malaria-causing mosquitoes. It’s been a repeated target of developers ever since—everything from condos, to an amusement park, to parking for nearby RFK Stadium. Yet, to this day, the islands remain virtually untouched, except for a few bridges and foot paths.

District Mayor Muriel Bowser said having such a large chunk of green space so close to downtown is a problem most cities would love to have.

“We’re not growing any more precious land like this,” said Bowser. “We’re grateful for it, and we’re going to do everything in our power to preserve it.”

According to biologists, cities are playing an increasing role in ecosystem management.

“What we have with Kingman Island today is almost like a happy accident, in many ways the Anacostia is still a wild river,” said Damien Ossi, a fish and wildlife biologist with the District of Columbia.

Ossi told Bloomberg Environment that Kingman’s new designation as a state conservation area will provide a key link for migrating birds traveling up from Virginia, as well as rare species such as bald eagles, river otters and beavers.

“Now the responsibility is on us, to develop this resource into something that can be used productively by all residents,” he said. “We have a chance to put Kingman back on the map.”

To contact the reporter on this story: Adam Allington in Washington at aallington@bloombergenvironment.com