Federal officials ordered the first-ever water cuts on the Colorado River system that sustains 40 million people, the latest blow from a decades-long drought across the U.S. West that has shrunk reservoirs to historic lows, devastated farms and set the stage for deadly forest fires.

The move will deal a harsh setback to Arizona farmers, who will suffer the largest cuts. Water deliveries to Nevada and Mexico will drop as well under a system hammered out in 2019 by the communities that rely on the river. And with the possibility of looming, more reductions could follow. 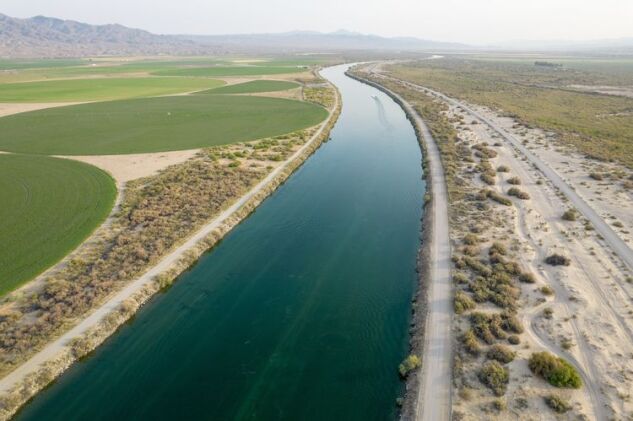 “What we hoped we’d never see is here,” said Camille Touton, deputy commissioner of the U.S. Bureau of Reclamation, during a news conference Monday. “And the hydrology might not be the worst we are likely to see.”

The Colorado, running 1,450 miles (2,330 kilometers) from the Rocky Mountains to the Gulf of California, is a primary water source from Denver to Los Angeles, while also irrigating crops and supplying hydropower plants. So much water is taken out of the Colorado, in fact, that it rarely reaches its historical delta, even in relatively wet years.

And such years have grown scarce as a “megadrought,” a dry period of unusual length and severity, grips the West. According to the Bureau of Reclamation, the amount of water flowing unregulated into the river’s Lake Powell from 2000 to 2020 was lower than in any other 21-year period since the reservoir’s inception. Environmentalists say the river can’t afford any significant new diversions, even as the region’s population continues to grow.

“The Colorado River is drying out, and Western states need to act now to protect this vital waterway and its tributaries,” Bart Miller, director at the Healthy Rivers Program for the Western Resource Advocates environmental group, said in a statement.

Both reservoirs are close to a point once considered unthinkable -- where the flow is so small that hydropower dams are forced to shut. Lake Powell’s Glen Canyon Dam, for example, can’t generate electricity if the water level drops below 3,491 feet.

Rights to use the Colorado’s water are governed by nearly a century of agreements among states, the U.S. government and Mexico, a legal edifice collectively known as the Law of the River. The Bureau of Reclamation on Monday declared a Tier 1 shortage.

Arizona’s annual allotment will be cut by 18% starting next year. Nevada and the nation of Mexico will incur reductions of 7% and 5%, respectively. (The other states that draw water from the river are California, Colorado, New Mexico, Utah and Wyoming.)

Arizona’s reduction will be equivalent to the amount used by about 1 million average households in a year. The cuts will not affect any municipal, industrial, commercial or tribal users. Instead, almost all the cutbacks will fall on farms that receive their water from the Central Arizona Project. 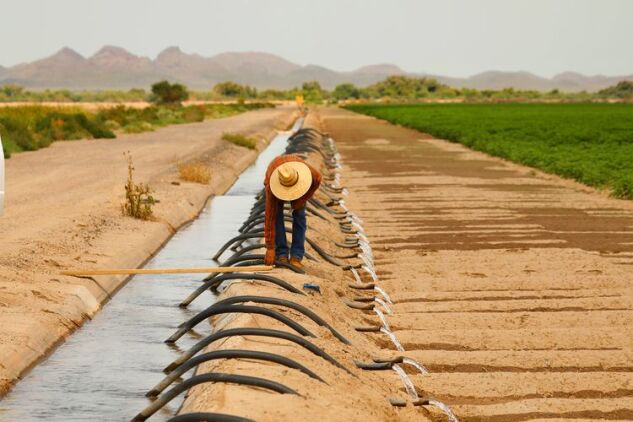 The rationing will likely hit hardest in Pinal County, where farmers tend to have the most junior water rights. Farms there will have to let lands go fallow or rely on groundwater that’s already overpumped. While Arizona is trying to cushion the blow by building out groundwater infrastructure, some observers say the cuts will provoke litigation.

“Pinal County agriculture faces a dire reality,” the Arizona Farm Bureau said Monday in a statement. “This will have a devastating impact on each farming family in that county, and the surrounding communities will feel the ripple effects for years to come.”

Tom Buschatzke, director of the Arizona Department of Water Resources, said some of the water the state will be losing has been stored underground and can now be used to mitigate the shortfall. Many Central Arizona Project farms in Pinal, Pima and Maricopa counties “will be losing substantial amounts of their surface water, and we’ll be able to offset their losses by pumping groundwater under our Groundwater Management Act,” he said, during Monday’s press conference.

John Entsminger, general manager of the Southern Nevada Water Authority, said his agency has “pre-conserved” the cuts it will be seeing in 2022, meaning there will be no reductions in water to its member agencies.

Should the drought continue next year, California could face supply reductions: the Golden State must forgo water when Lake Mead falls below 1,045 feet.

That’s a strong possibility. The U.S. Climate Prediction Center last week forecast that the La Nina phenomenon in the Pacific Ocean will return this autumn, its second appearance in two years. La Nina typically brings dry winters to the Southwest. While the summer monsoon season this year has brought frequent thunderstorms, they have not made a dent in the drought. And with climate change, many long-term models predict a more arid future for the region.

“The possibility of back-to-back La Nina years is always there, and we’ve had them before,” said Park Williams, a climate scientist at the University of California, Los Angeles. “Having that after a 21-year period where it’s been mostly dry is starting to put us up against the ropes.”

(Adds comments from agency, environmental group in third and sixth paragraphs and from other officials starting in 13th paragraph.)

To contact the reporters on this story:
in Denver at abaltz@bloomberg.net;
in San Francisco at dbaker116@bloomberg.net