Climate and energy legislation with bipartisan backing still has the best shot at passage given a narrowly divided Congress: clean-energy tax incentives; funding of low-carbon technologies; and new incentives for tree planting, agriculture, and other “natural” solutions.

Advocates for climate change action—as well as conservative climate and energy groups—note that Democrats’ control of the House was trimmed in November’s elections, giving them little margin for error on the House floor. While Democrats will now control the Senate with victories of both Democrats in Tuesday’s Georgia runoffs, they will hold a narrow majority that many groups say will still make broad and ambitious climate legislation difficult.

Progress on climate is more likely to come from “singles” and not home runs, said Heather Reams, executive director of Citizens for Responsible Energy Solutions, a group advocating for clean-energy policies.

“A 50-50 Senate does not provide a carte blanche to Democrats to move through an agenda that can’t attract support from the middle of the political spectrum,” Gore said.

The closest thing to a roadmap for a climate and clean energy consensus over the next two years likely draws from some combination of the following proposals:

Democrats toppling the Republican majority in the Senate resurrected talk of accomplishing some climate progress through the budget reconciliation process. Under reconciliation, Senate Democrats could move a carbon tax or other revenue-related climate measures needing just a simple majority and not the 60 votes needed to advance most Senate bills.

Some carbon tax advocates say a Democratic Senate gives the reconciliation route a shot in the arm. A carbon tax enacted through reconciliation “just became the most important potential climate policy of 2021,” said Alex Flint, executive director of the Alliance for Market Solutions, which pushes for GOP support of a carbon tax.

Biden can immediately appoint a new chairman to the commission and, within months, flip control of the five-seat panel to Democrats. The agency is looking at carbon pricing in regional power markets, having proposed a policy statement to clarify it has jurisdiction over organized wholesale electric market rules that incorporate a state-determined carbon price—which can be set via a cap-and-trade system or other mechanism—in those markets.

Lawmakers are expected to focus on advancing technologies on nuclear and geothermal power and energy storage, including greater use of hydroelectric plants for pumped storage that stores excess energy.

A bipartisan bill from Rep. David McKinley (R-W.Va.) and Kurt Schrader (D-Ore.), introduced in the final days of the 116th Congress, would massively scale up investments in research and development of clean energy technologies, including carbon capture, nuclear energy, wind, solar, and battery storage, through 2030. Regulation would then require utilities to cut emissions by 80% by 2050.

The bill drew praise from both industry groups, such as the U.S. Chamber of Commerce, and environmental organizations, including the National Wildlife Federation, and is likely to resurface in the 117th Congress.

At the same time, Korsnick said, existing nuclear plants “will require the deployment of new nuclear designs and policies” that can keep them running. Beyond those modest proposals, significant opposition remains among Democrats and environmental groups to any substantive assistance for the nuclear industry. 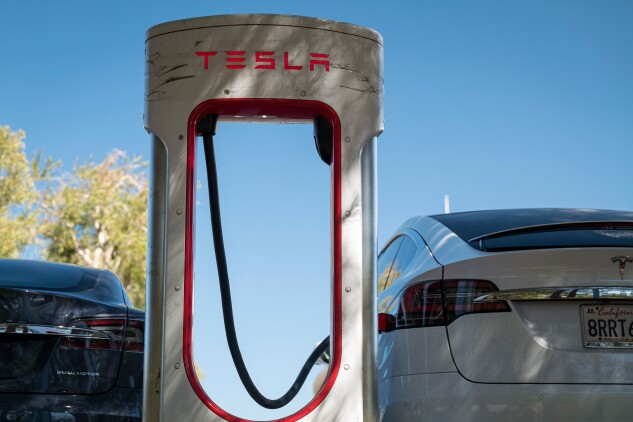 Backers of electric vehicle charging stations and other clean energy infrastructure are hoping to make those items part of either an infrastructure package or reauthorization of the multi-year surface transportation bill.

Reams said she sees deals to be made to help local communities to install electric vehicle chargers, perhaps in comprehensive legislation to rebuild crumbling infrastructure that is expected to draw broad support.

But Sen. John Barrasso (R-Wyo.), the new top Republican on the Energy and Natural Resources Committee, is skeptical of many efforts to boost electric vehicles and backs legislation to make EV drivers pay into the Highway Trust Fund. The trust fund finances road repairs, construction, and other items and is paid for by the federal gasoline tax, which has been deprived of revenue as more electric vehicles hit the road.

Tinkering, or even a wholesale review, of clean energy tax incentives is possible in part due to mounting GOP skepticism of the incentives.

Democratic ideas include consolidating dozens of energy incentives into “technology-neutral” ones; a GOP proposal by Rep. Tom Reed (R-N.Y.) that drew some Democratic backing in the last Congress would refocus the incentives on the most promising technologies and ramp down the credits over time.

Environmental and energy groups agree a handful of moderate Democrats and Republicans will hold the key to compromise. One is Sen. Lisa Murkowski (R-Alaska), a key architect of the 2020 energy package in the Covid-19 stimulus bill—the first significant energy law revamping since 2007.

Murkowski called for “meaningful improvements in innovation and efficiency” in the 117th Congress. She is particularly focused on the need to grow the U.S. supply of critical minerals used in consumer electronics, but also clean energy technologies.

Biden has provided few specifics on whether his administration would support wholesale changes to the National Environment Policy Act, which sets out requirements for environmental reviews and permitting.

But changes are needed if Biden wants to scale up wind, solar, and other clean energy projects and meet his goal of decarbonizing the electricity sector by 2035, said Rich Powell, executive director of ClearPath Action, which backs conservative energy and climate solutions.

“Whatever you think about getting to a clean electric grid, the existing siting and permitting structure won’t allow us to get there,” Powell said. “Republicans are lined up and ready to go on an agenda like that, so the question is going to be, how far and how fast Democrats are willing to go?”

A GOP-led “Trillion Trees” proposal grabbed much of the spotlight in 2020 among Republican climate proposals. The bill aimed to support a global tree-planting effort to address climate change while bolstering the timber industry.

Rep. Bruce Westerman (R-Ark.), the proposal’s sponsor, has since been elevated to ranking Republican on the House Natural Resources Committee, and his Trillion Trees Act could fare better, perhaps as part of a larger bipartisan compromise. Some scientists have warned that the climate benefits of planting trees would take decades or even centuries to materialize.

Environmental and energy groups alike see prospects for a deal around providing incentives for agricultural practices that sequester carbon.

A bill by Sen. Mike Braun (R-Ind.) to allow farmers to get carbon credits for climate-friendly practices is the key proposal on the issue and will be closely watched, Reams said. Braun’s Growing Climate Solutions Act, which is likely to be reintroduced, won backing from Democrats as well as agricultural and environmental groups.