Sign up to receive the Green Daily newsletter in your inbox every weekday.

The Covid-19 pandemic has seen more than 2,100,000 confirmed cases and more than 140,000 deaths worldwide. While some governments, including the U.K., Italy, Spain, Germany and a few U.S. states, continue , others are already discussing ways to get people back to work.

Until now, only employees deemed “” kept working. But the rules on what counts as essential vary from place to place, as do the protections employers are obligated to provide.

, which makes products highly damaging to the environment, has in some locales been included in that essential group, given the ubiquity of plastic in hospital supplies and food wrappers.

Demand has also gone up, as stores (in the name of flattening the curve) reversed plastic-bag bans and (in the case of Starbucks and Dunkin’) stopped allowing reusable mugs. The workers making plastic products, however, question how essential they really are. Up until last week, one such factory was still fulfilling contracts to swimming pool-chemical wholesalers—rather than, say, making food containers or personal protective equipment for front-line medical workers.

The increase in plastic consumption points to a larger worry. Until the novel coronavirus started its march across the globe, 2020 looked to be the year when would finally take hold. As health outweighs sustainability in the short-term, many worry about a long-term backslide.

However, European Union officials make the argument that . Covid-19 exposed the inherent weakness in global supply chains: namely that they’re global. Bottlenecks and barriers to goods ranging from food to medical necessities highlight how the region, which produces few raw materials, is overly reliant on supplies from abroad.

A “circular economy will make us less dependent and boost our resilience,” European Commission President Ursula von der Leyen told EU lawmakers in Brussels. “This is not only good for our environment, but it reduces dependency by shortening and diversifying supply chains.” 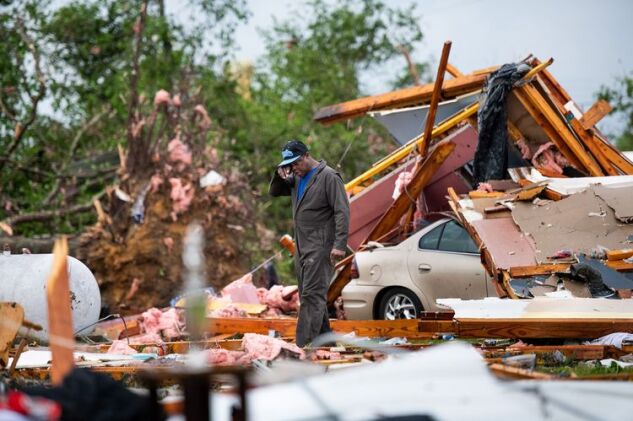 While the virus may reshape society in many ways, .

Yes, carbon dioxide emissions are falling. Shutdowns have stopped billions of people from working (and driving to those places of work). But even a sustained decrease in new emissions this year (under a scenario in which the economic collapse is worse than the Great Recession) would have little impact on the CO2 levels. In fact, greenhouse gases will almost certainly continue to rise, Covid-19 notwithstanding.

One thing the virus can do, though, is make it far more difficult to respond to the supercharged storms produced by a warming planet.

For years, when the power went out in one region, workers from elsewhere would rush in to help restore the grid. Due to government-issued stay-at-home orders, however, utilities have had to curtail or even .

That could prove especially troublesome this year in the U.S. Tornadoes have already done damage in 13 states and the Atlantic hurricane season is about to start. This year’s cyclonic activity is expected to be especially bad: Colorado State University said there’s an above average chance that a single storm could knock out power to 1 million or more people along the Eastern Seaboard.

To contact the author of this story:
in Portland at jpetri4@bloomberg.net