China’s lockdown may have reduced air pollution as factories and power plants halted, but the pandemic has had the opposite effect on the nation’s nascent recycling effort.

Millions of people in Chinese cities have been stuck at home for weeks, relying on food deliveries and online shopping, resulting in a surge in demand for single-use plastic containers and packaging.

Unlike the drop in emissions, which is proving temporary as , the rise in food deliveries may be more long-lived because people get used to the convenience, said Professor Huang Qunxing, who studies solid waste disposal and clean energy at Zhejiang University. 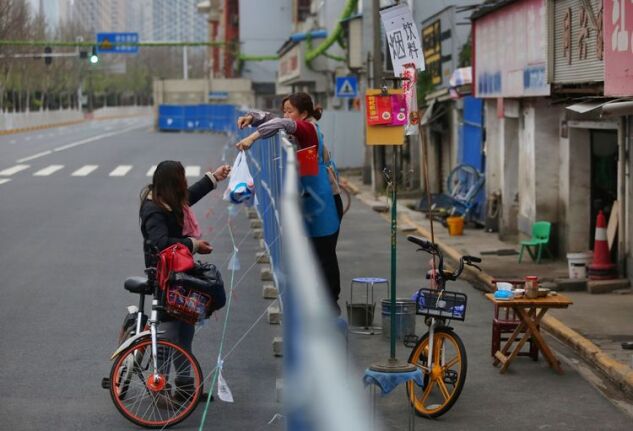 A woman delivers food to a resident over a barrier set up to prevent access to a residential community in Wuhan, on March 16.
Photographer: AFP via Getty Images

“The epidemic could encourage more people to become dependent on the online meal booking platforms,” Huang said. “It could also push more restaurants to expand their online business to resist similar risks in future, which would mean more disposable plastic containers that are hard to recycle.”

The reversal may be a harbinger for the rest of the world as more countries encourage people to stay at home. Cities from Moscow to Buenos Aires have been locked down as the number of global deaths from Covid-19 surpassed 34,000.

At the guarded gate of a residential compound in central Beijing, two dozen people gathered at noon on a recent weekday to pick up meals, water and packages. Couriers aren’t allowed to enter.

“Meal deliveries are so convenient and cheap,” said 28 year-old Chen Xiaolin, who has been working from home for a month and often orders two meals a day. “I save the time I would otherwise spend on shopping, cooking, and washing dishes.”

Because garbage sorting isn’t mandated in Beijing, she dumps the containers with other trash in the bins outside her apartment, like most of her neighbors. 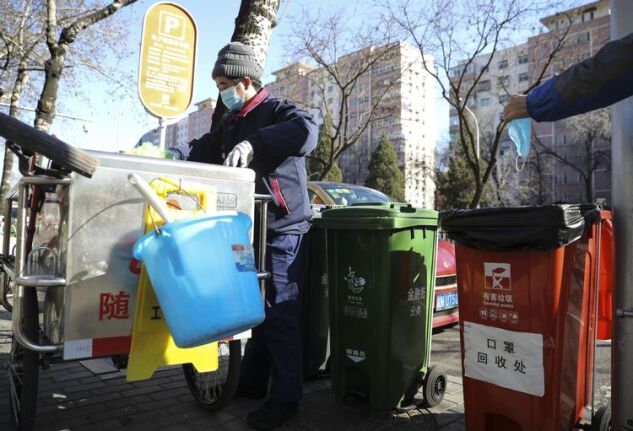 China’s food-order industry has developed quickly. In 2018, 406 million people in the country ordered food online, resulting in 34 million daily deliveries. Internet services giant said its grocery delivery business has increased by more than 60% in some cities since the coronavirus outbreak.

Chain restaurants are one of the sectors worst hit by the virus, and 92% of them have attempted to offset losses by focusing on online ordering services, according to a report by China’s association for the retailing and franchise industry. Most food deliveries come in plastic containers that end up in incinerators or landfills.

Beijing is one of 46 Chinese cities that planned to launch mandatory garbage sorting systems by the end of 2020. The capital had intended to begin the program in May, but with only five weeks to go there’s no sign of any preparation work.

“I’m not optimistic that the plan will be carried out in time when society is not yet back to normal,” said Eric Liu, Greenpeace campaign specialist on waste and resources. “Schools are closed and the local government’s priority is still the virus.”

Even the recycling centers that exist are mostly closed, waiting for the return of migrant laborers from elsewhere in the country, many of whom have yet to return as travel restrictions are removed. 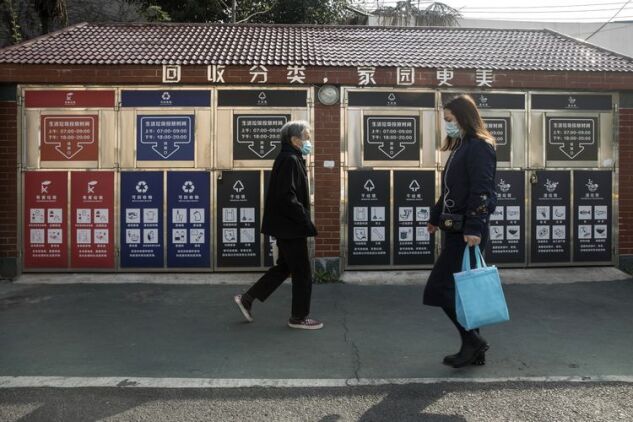 In Shanghai, where garbage sorting was made mandatory last summer as a pilot model for the country, virus-prevention measures have drained resources and manpower from local governments, reducing the city’s ability to monitor and enforce the rules. The city requires many communities to bring their trash to a sorting point at a specific time, where volunteers and government workers check the garbage is being correctly divided.

“There are no volunteers in the garbage house anymore and no fine if you don’t sort properly,” said a woman living in central Shanghai who asked to be identified only by her family name, Wang. “In the crisis of the epidemic, I guess the local government has to shift focus.”

The epidemic has also revealed shortcomings in China’s ability to deal with hazardous waste, including refuse from hospitals.

In Wuhan, where the first virus cases were identified, medical waste increased from 50 tons per day before the outbreak to 200 tons. The only company in the city certified to process medical waste had to speed up the disposal time to 24 hours, from 48 hours, according to Chinese state media. Some waste had to be shipped to other cities.

In 22 of them, the facilities to dispose of medical waste were overwhelmed and another 28 cities reached capacity to deal with the hazardous materials, Zhao Qunying, head of the emergency office of China’s environment ministry, said at a press conference in March. 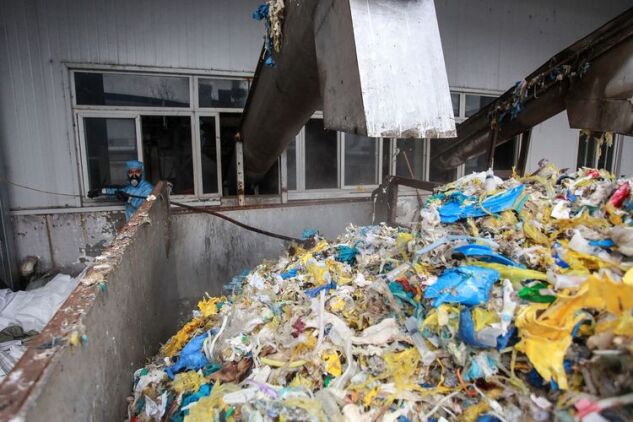 “What China could learn from this is to build an emergency response system to deal with a sudden increase of waste, both for medical waste and household waste,” said Professor Huang. He said local governments could provide support to encourage public and private enterprises to enter the garbage processing industry, especially in a slowing economy.

Almost 97% of China’s urban waste is either buried or incinerated, according to the country’s macroeconomic management agency. Most of the country’s 654 landfills are full ahead of schedule and its 286 incineration plants are short of capacity. Most Chinese families don’t sort their garbage, reducing the efficiency of incinerators and increasing pollution.

Environmentalists worry that the urban recycling programs and a plan to ban single-use plastic bags in major cities by the end of this year could both be delayed or compromised because of the virus. Greenpeace’s Liu said China needs to educate people about why it’s their responsibility to sort garbage and why it will benefit them. 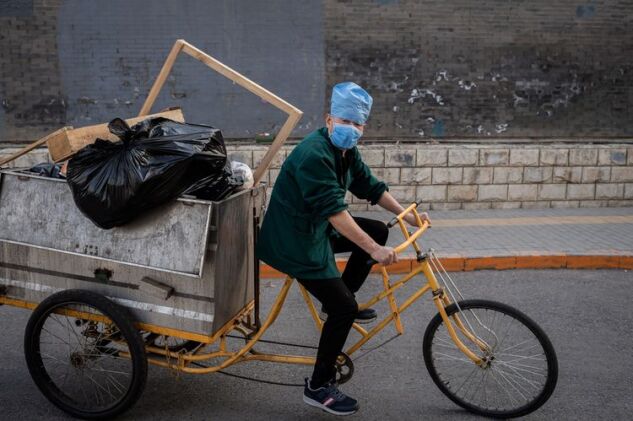 A sanitation worker rides his tricycle filled with garbage on a street in Beijing on March 22.
Photographer: Nicolas Asfouri/AFP via Getty Images

The system in Shanghai was criticized for being too complicated, even though it required residents to sort waste into only four categories: wet, dry, recyclable and hazardous. Many found the description of each difficult to understand and were put off by the focus on punishments for failing to comply.

As well the volunteers monitoring the sorting stations, cameras were set up to catch rule violators, who could face a fine or social credit penalties such as being blacklisted from bank loans or banned from booking train tickets.

“In the long run, we need a system that changes people’s behavior, rather than a campaign that requires so many people to enforce it,” Liu said. “It’s not sustainable.”

To contact Bloomberg News staff for this story:
in Singapore at adammajendie@bloomberg.net

To contact the editor responsible for this story:
at akwiatkowsk2@bloomberg.net